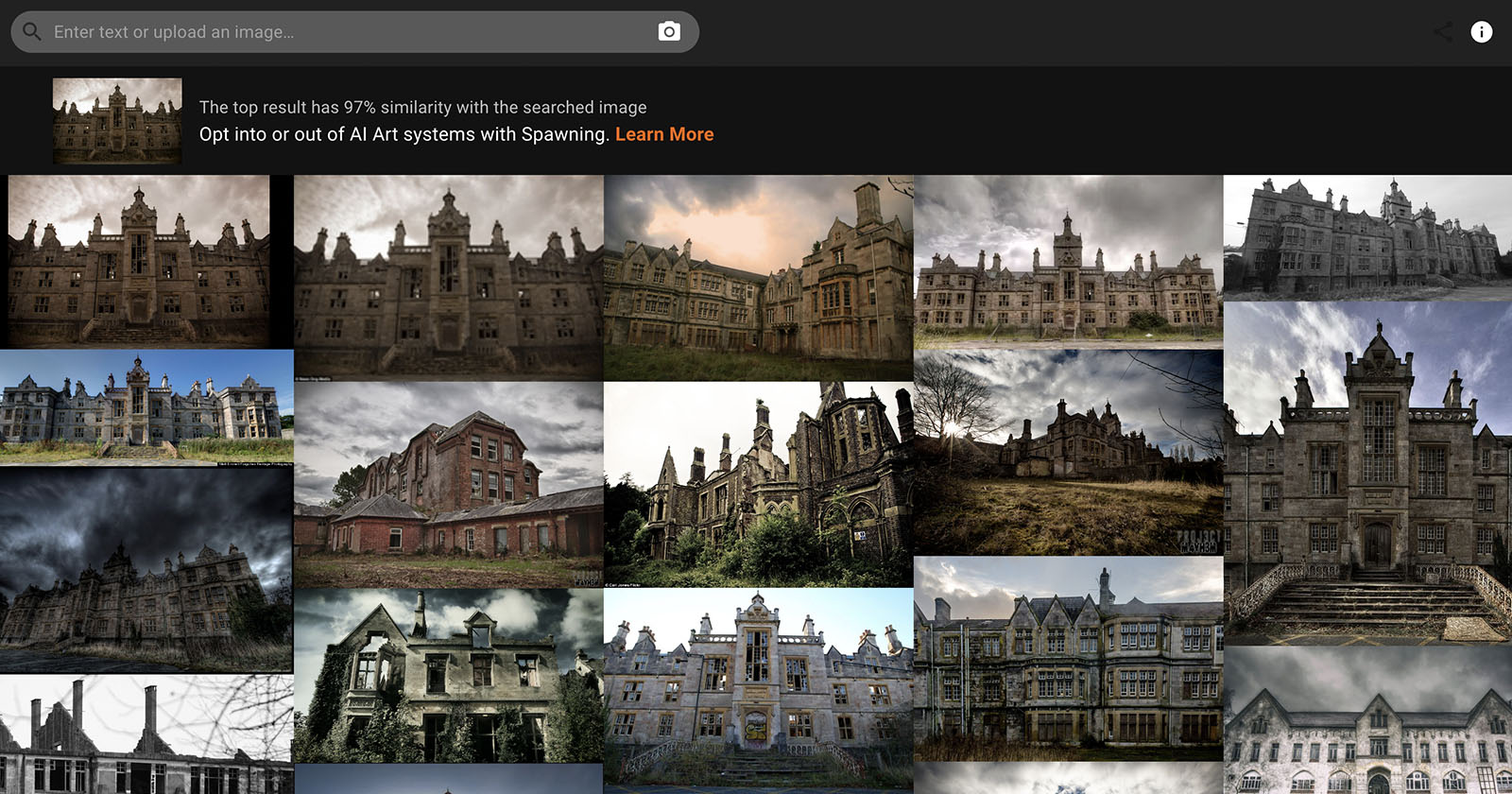 A website has been released that allows photographers to find out if their work has been used to feed AI-image generators.

Have I Been Trained has been made in a response to image synthesis models that are used to train artificially intelligent (AI) image generators, such as DALL-E, Midjourney, and Stable Diffusion.

The website searches the LAION-5B training data set, a library of 5.85 billion images, that is used to feed Stable Diffusion and Google’s Imagen.

Users can search via text using keywords that might bring up their work, or they can upload a photograph they have taken to see if it has been used. 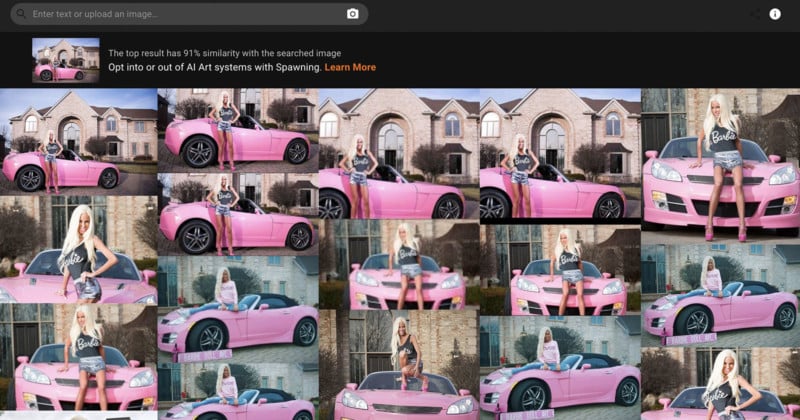 The author of this article searched for one of his published photographs which returned a “97% similarity,” confirming that the photo had been used by LAION-5B. And not only that, another search returned different photos from the same shoot that has also been used to feed AI-image generators.

Have I Been Trained was created by a group of artists who call themselves Spawning.

“Spawning is building tools for artist ownership of their training data, allowing them to opt into or opt-out of the training of large AI models, set permissions on how their style and likeness is used, and offer their own models to the public,” they say on their website.

“We believe that each artist ought to have the tools to make their own decisions about how their data is used.”

They say that their concern is with industrial-scale usage of training data and believe that an artist should give consent for their work to be fed into an AI machine.

One artist who is concerned is Greg Rutkowski, a Polish digital illustrator, whose name has become popular when prompting the AI-image generators. He told Forbes this weekend that he is “very concerned about it.”

“As a digital artist or any artist, in this era, we’re focused on being recognized on the internet. Right now, when you type in my name, you see more work from the AI than work that I have done myself, which is terrifying for me. How long till the AI floods my results and is indistinguishable from my works?” 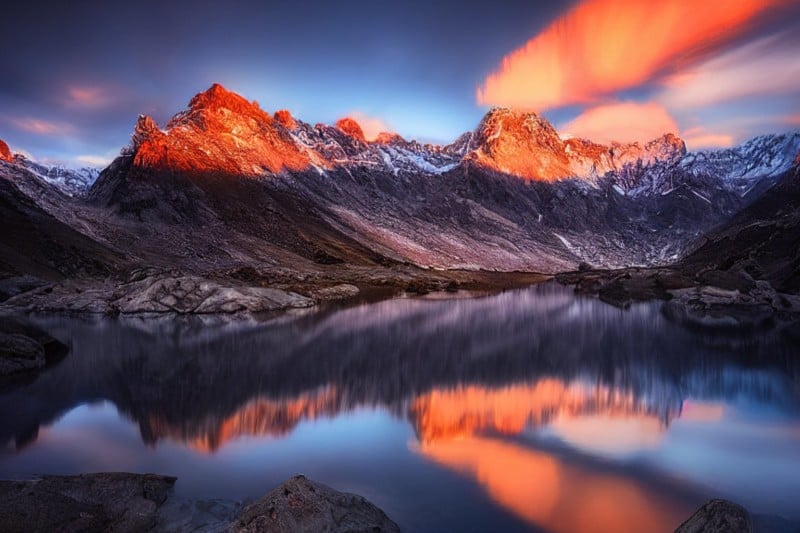 While Rutkowski is a digital artist, photographers face similar issues. Marc Adamus’s name was used to create the above beautiful landscape “photograph” that was actually created with AI. The new technology throws up a number of ethical and legal quandaries.