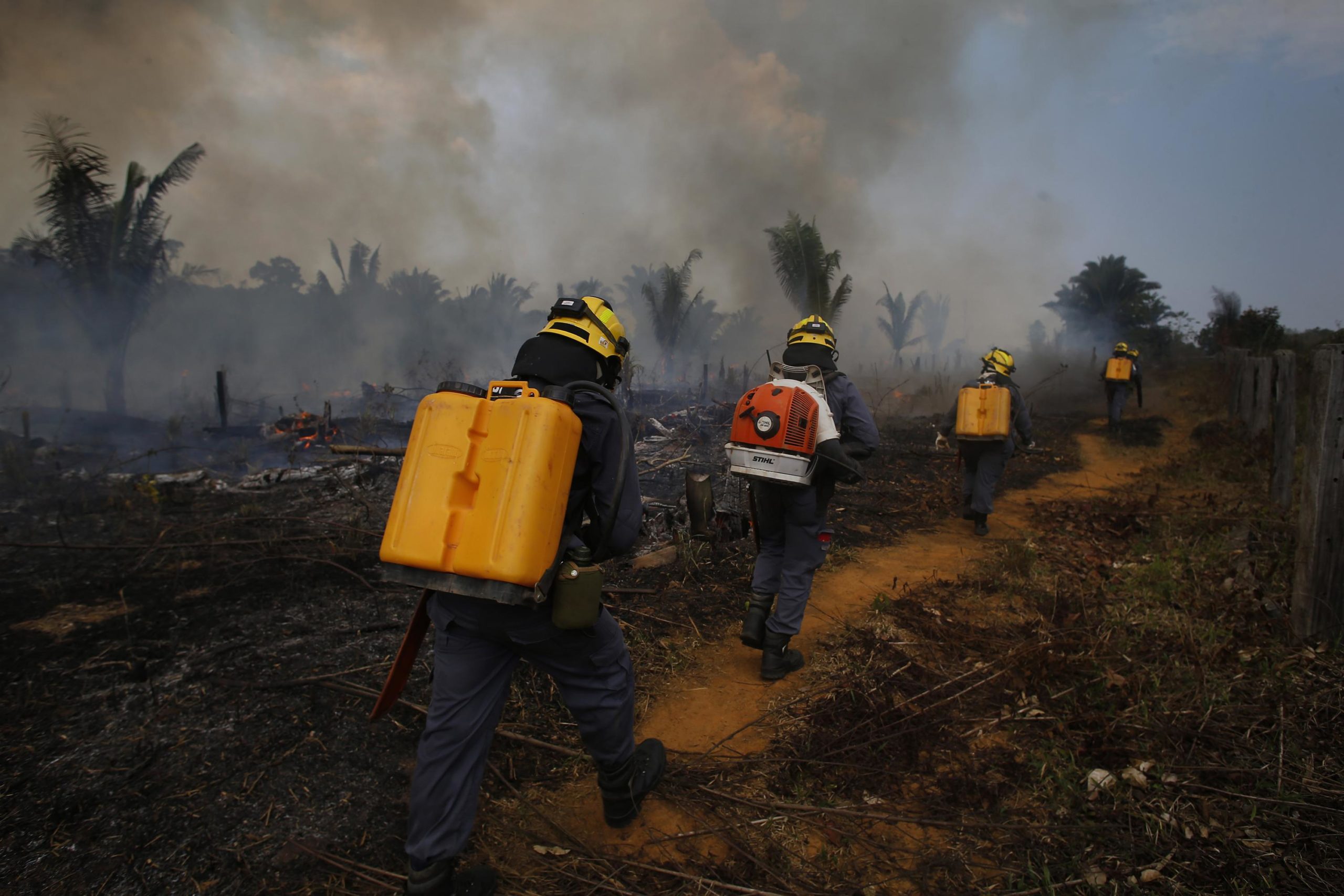 RIO DE JANEIRO — September has come and gone, marking another painful milestone for the world’s largest rainforest. This is the deadliest month in a decade for Amazon fires.

Satellite sensors detected over 42,000 fires in 30 days according to Brazil’s national space institute. It is the first time since 2010 that fires in the Amazon surpassed 40,000 in a single month. This September was almost twice as bad as the previous. It falls at the end of dry season and is the most dangerous month for both fire and deforestation.

The official data for forest loss only goes through September 23 so far, yet is already 14% more devastating than September 2021. In just those three weeks, the Amazon lost 1,120 square kilometers of rainforest (434 square miles), an area larger than New York City. The polarizing presidential election has caused a surge in forest fires. Far-right President Jair Bolsonaro is seeking a second four-year term against leftist Luiz Inacio Lula da Silva, who ruled Brazil between 2003 and 2010 and leads in the polls. The first round of the election is on Sunday.

Despite the smoke clogging the air of entire Amazon cities, state elections have largely i gnored environmental issues. Besides the President, Brazilians will also elect governors and state and national parliaments.

In Para state, worst for both deforestation and fire, the subject of deforestation was barely touched on during a TV debate among gubernatorial candidates held Tuesday by the Globo network.

Only one candidate spoke out about the dramatic increase in deforestation over a period of an hour. Globo, Brazil’s leading television network, did not even select it as one of eight debate topics.

Protecting the forest is not a high-priority for the population, after years of pandemic and a deteriorating economy, Paulo Barreto, a researcher with the nonprofit Amazon Institute of People and the Environment, told the Associated Press. “But the fact that journalists don’t ask is an even bigger problem.” Deforestation can lead to more poverty, he said. “On the other hand, there are growing economic opportunities related to conservation.”

Fire in the Amazon is almost always deliberately set, to improve cattle pasture or burn recently-felled trees once they are dry. Often the fires burn out of control and reach pristine forest areas.

Studies have shown that deforestation rates peak in election years, and 2022 has been particularly intense because of Bolsonaro’s anti-environmental rhetoric, according to analysts.

“With a chance of changing the government to one that promises more rigor, it seems that the deforesters are taking advantage of the possibility that the party’s over,” Barreto said.

Since Bolsonaro took office, in 2019, deforestation has been on the rise, as his administration has defanged environmental authorities and backed measures to loosen land protections, emboldening environmental offenders.

The far-right leader has repeatedly denied that fire is even increasing, despite official data from his government agency. On Thursday night, during the final Presidential debate before the vote, he said that forest fires occur periodically in the Amazon, dismissed the criticism as a “war of narratives,” and said Brazil “is an example to the world” on conservation.

It was Simone Tebet’s answer. She is close to the agribusiness leaders, and is considered moderate by some. She criticized Bolsonaro’s record on climate change in one of few instances where she was free from personal insults.

“Your administration is the one that has set biomes, forests and my Pantanal wetlands on fire. Your administration favored miners and loggers, and protected them,” she said. “You, in this regard, were the worst president in Brazil’s history.”

During his campaign, da Silva promised to restore law enforcement and gained support from Indigenous and environmental leaders, such as former Environment Minister Marina Silva. She had broken publicly with the former president over his push to build hydroelectric dams and other development initiatives in the Amazon.

She called Bolsonaro an affront to Brazil’s democracy, announcing her support at a meeting she had with da Silva just a few weeks back. According to her, the country faces a crucial moment in terms of issues that range from environment and economy.