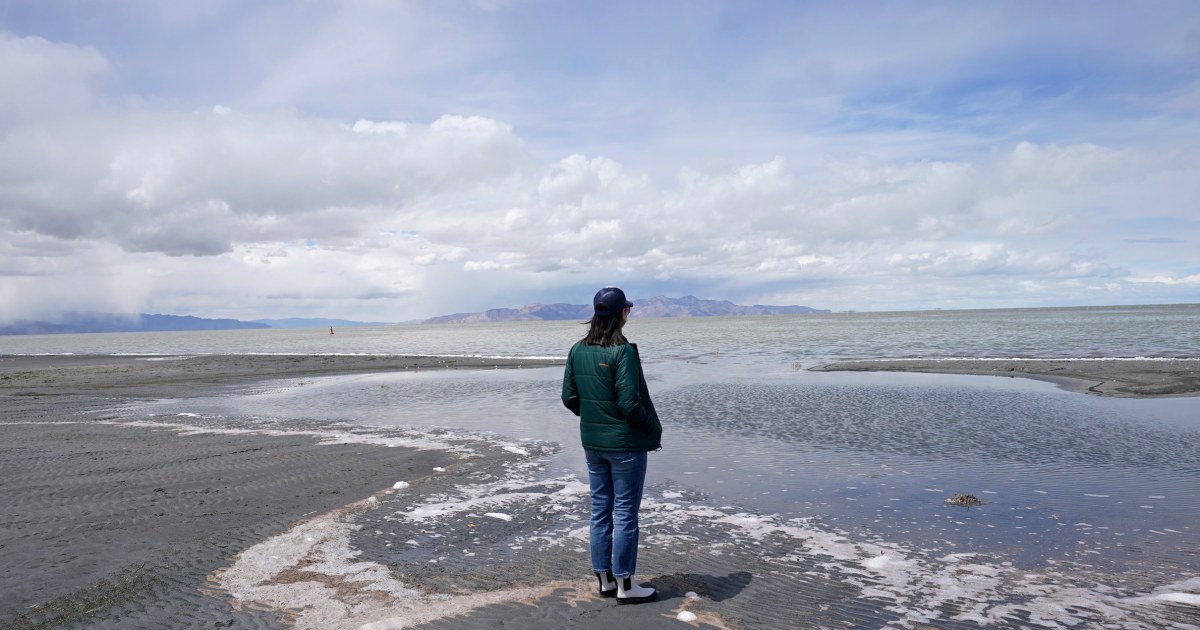 Water volume on the Great Salt Lake has dropped by more than two-thirds since pioneers once settled the Salt Lake Valley. Much of the lake surface is now exposed. This fall, water levels fell to all-time lows.

Photographs of empty marinas and the cracking crust of the lake’s surface often illustrate the lake’s decline. The most alarming sign lies below the lake’s surface. In recent years the lake’s salt levels have increased dramatically, reaching dangerous levels for those living at its base.

“As the lake goes down, water evaporates but salts are left behind,” said Wayne Wurtsbaugh, a professor emeritus of water sciences at Utah State University. “We’re getting to the level where high salinity is stressing organisms that are adapted to that environment — that’s mainly brine flies and brine shrimp.”

About 10 million migratory birds — some 338 species — depend on the lake’s habitat to survive.

“We could see nonlinear collapses of food webs, and that’s going to happen before the lake disappears,” said Ben Abbott, a Brigham Young University professor who led the scientific group that’s warned of an emergency.

Brine shrimp is a vital food source for aquaculture. Low water levels threaten other economic staples, too. The lake’s decline pushed U.S. Magnesium, the country’s largest magnesium producer, to apply to extend canals that are used to take in and evaporate lake brine to mine the metal. The Utah Department of Environmental Quality denied its application late last year.

In the meantime, unhealthy dust from the lake’s dried surface — which contains arsenic and other heavy metals — blows into communities near the lake, threatening more than 2 million residents in a region already struggling with the quality of its air.. State officials have been waking up to the problem of the lake in recent years. Upstream water consumption is threatening the terminal lake. The rivers and streams that feed The Great Salt Lake are overallocated, which means farmers and other water users collectively have rights to more water than what typically flows through each year. Insufficient water reaches the lake during droughts.

Last Year, several bills were passed to change the state’s relationship to water. A water trust was created to help the lake and its surrounding wetlands. The Nature Conservancy and Audobon Society were designated to lead the trust, which received $40 million from the Legislature. A bill also makes it possible for farmers to allow water flow to the lake . Previously, not using all of the allotted water risked losing future use of that water.

The recent report from scientists and conservationists says those measures are not enough, and that the impacts of those measures would take too long and that a concerted effort to rescue the lake was needed.

Last session, “we passed significant pieces of legislation that gave us the tools to help us save the lake,” said Casey Snider, a Republican state representative. “This session, we now have the option to pull funding levers.”

” We will go further than this. I’m confident. Probably significantly more,” said Utah House Speaker Brad Wilson. “There’s probably no issue more important than investing in and supporting our water strategy for the lake.”