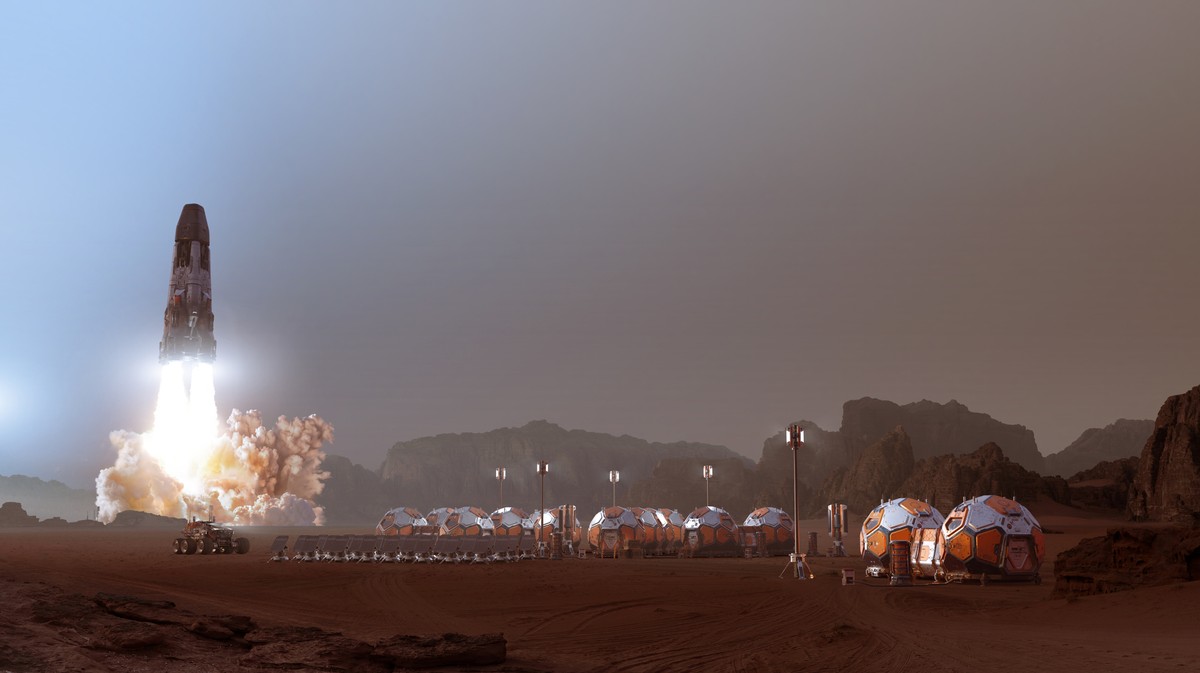 Picture, for a moment, the first human base on Mars. Perhaps you’re thinking of a modest habitat, a communications dish, or a return ship on a launchpad at a distance. You might be shocked to find a series of wind turbines spinning on Mars’ breeze. These will provide power for the first humans to step onto another planet.

This vision of a wind-powered Mars base is not only feasible, it could actually open up novel locations on the Martian surface for exploration, reports a new study published on Monday in Nature Astronomy. The study assessed the viability of turbines as an energy source for future Mars missions, and the results hint that wind power could be an important pillar of energy generation on the red planet, assuming humans are able to successfully land there in the coming decades.

Scientists have generally written off wind power as a key energy source for Mars missions, compared to solar and nuclear power, because Martian winds are extremely weak. According to the study, Victoria Hartwick (postdoctoral fellow at NASA Ames Research Center) has shown that wind power is a reliable, sustainable energy source across large areas of Mars.

“Using a state-of-the-art Mars global climate model, we analyze the total planetary Martian wind potential and calculate its spatial and temporal variability,” Hartwick and her colleagues said in the study. “We find that wind speeds at some proposed landing sites are sufficiently fast to provide a stand-alone or complementary energy source to solar or nuclear power.”

“Wind energy represents a valuable but previously dismissed energy resource for future human missions to Mars, which will be useful as a complementary energy source to solar power,” the team added.

A human mission to Mars requires multiple sources of reliable power. However, all options for extraterrestrial energies generation are not without their pitfalls. Nuclear power is widely regarded as a key enabler to crewed Mars missions, but placing nuclear devices near human habitats could present safety risks. Solar power has been used on many past Mars rovers, but this form of energy is diminished during the Martian night and during dust storms that obscure the Sun’s light.

Furthermore, Mars’ most desirable landing spots for human beings are at high latitudes around and in the vicinity of the poles. These areas could be used to harvest liquid water from other planets. These areas are also subject to greater variations in solar power availability, which means that they require a second source of energy.

Hartwick and colleagues used the NASA Ames Mars climate model in order to determine the wind speed across the globe.

Since Mars’ atmosphere is very thin, with only 1 percent the density of Earth’s atmosphere, Martian winds are pretty wimpy everywhere. Researchers discovered that wind could be used to power several locations on Mars, including the poles.

“During Northern Hemisphere winter, winds blow from cooler surface ice deposits to warm regolith,” the researchers said. This effect is analogous to a “sea breeze”, and may prove to be especially important for proposed sites at high latitudes that are adjacent to seasonal snow deposits. In several locations, the annual average wind power exceeds available solar power by up to 3. 4 times.”

“Many sites at these latitudes have been dismissed due to solar energetic limitations during polar night,” they noted. “We demonstrate that if the availability of water outweighs other challenges, wind energy could act as the dominant energy source when solar energy is seasonally depleted, opening a large fraction of the polar landscape to human exploration. Similarly, wind energy resources maximize at night when solar energy is at its minimum.”

To that point, the team identified several sites that would be particularly conducive to wind power, including locations within the icy northern regions of Deuteronilus Mensae and Protonilus Mensae. The researchers envision setting up medium-sized turbines, measuring 50 meters (160 feet) tall, to catch the stronger winds in these areas, allowing astronauts to subsist in the strange glacial terrain of an alien world. Turbines could also be effective if placed near topographical gradients, such as crater rims or the slopes of ancient volcanoes, to catch the gusts generated by these landscapes.

Of course, wind power also has drawbacks, including the bulky heft of turbines that would need to be packed off on economical missions to Mars. The new results suggest that both standalone and backup power sources could be used to power humanity’s first interplanetary expedition.