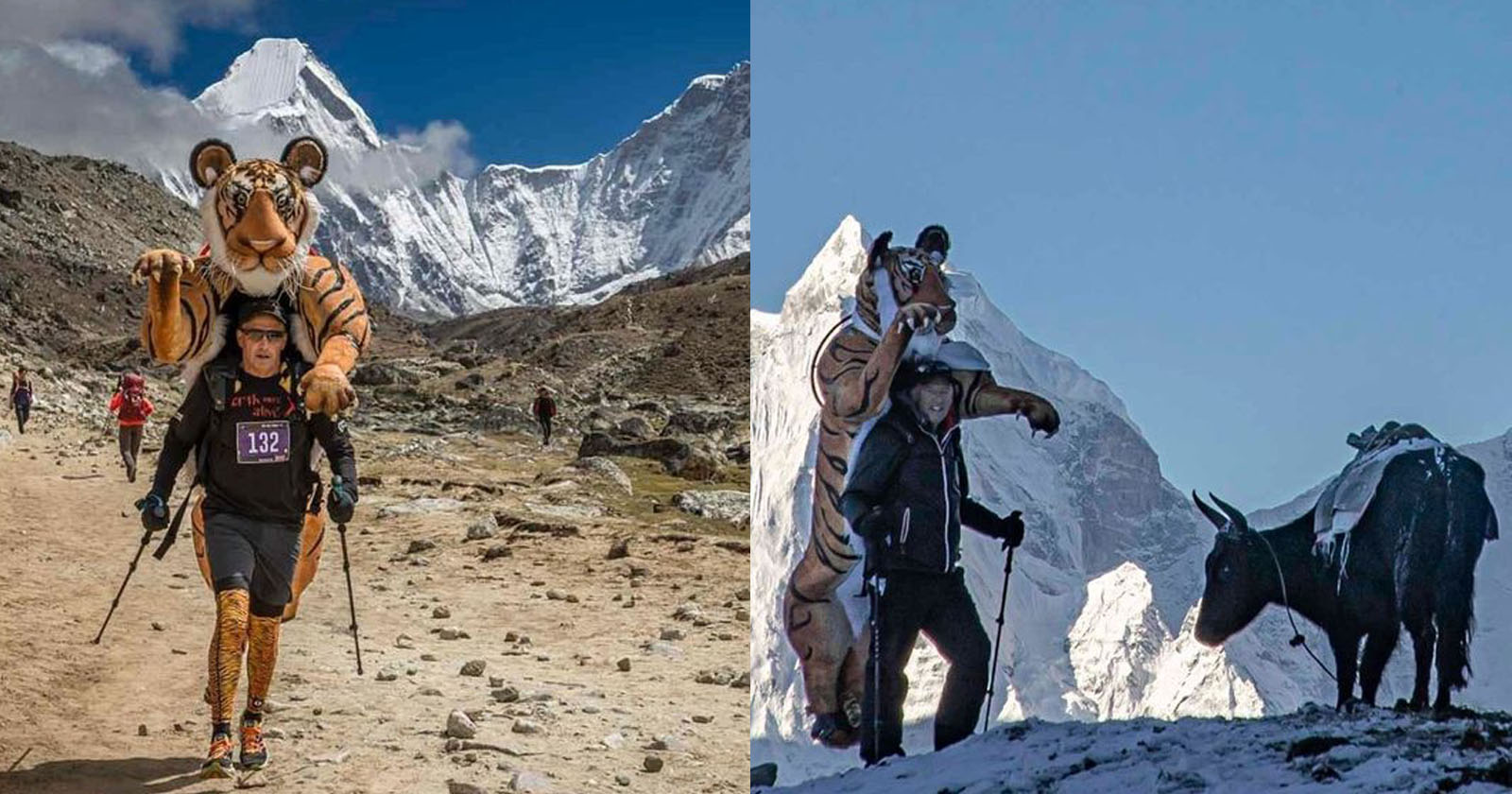 A British wildlife photographer completed the Everest marathon while wearing a tiger suit in order to raise over PS100,000 ($126,198) to help protect the endangered predators.

The race starts at 17,000 feet above sea level and took place on Sunday. It is considered to be one of the toughest marathons in the world, even for those not wearing a 30-pound apparatus.

“That was the most miserable 12 hours I’ve had in my life. It was agony,” Goldstein tells the Times.

To catch up with 12 years of Tiger feats please see the links in my profile https://t.co/o9Wc1hYDPH
and donate via https://t.co/8qIScLvNt0#worthmorealive #tigerconservation
pic.twitter.com/X37ntGikJ9

“The majority of that mountain was above 4. 500m — you’re up the height of Mont Blanc or above. At that sort of altitude, you should be walking with the speed of a pensioner,” he adds.

“I’m fuelled by rage. When you’re at Everest base camp, you’re only a couple of miles from the Chinese border and when you realize they’re still harvesting tigers over that side of the border, it makes me incandescent.”

Goldstein finished the epic marathon in 12 hours, 47 minutes, and 37 seconds but somehow still beat around 30 people, despite the massive tiger on his back slowing him down.

He claims that this is the last marathon he will do after raising PS100,000 ($126,198) to protect endangered Bengal tigers. After running the London and Everest marathons, the money was raised.

Goldstein has been running the Worth More Alive campaign since 2010 and has ran 20 marathons with the 9ft tiger costume in that period.

The money raised will go towards protecting the tiger habitat and improving the lives of local people living within the boundaries of Bandhavgarh National Park in India.