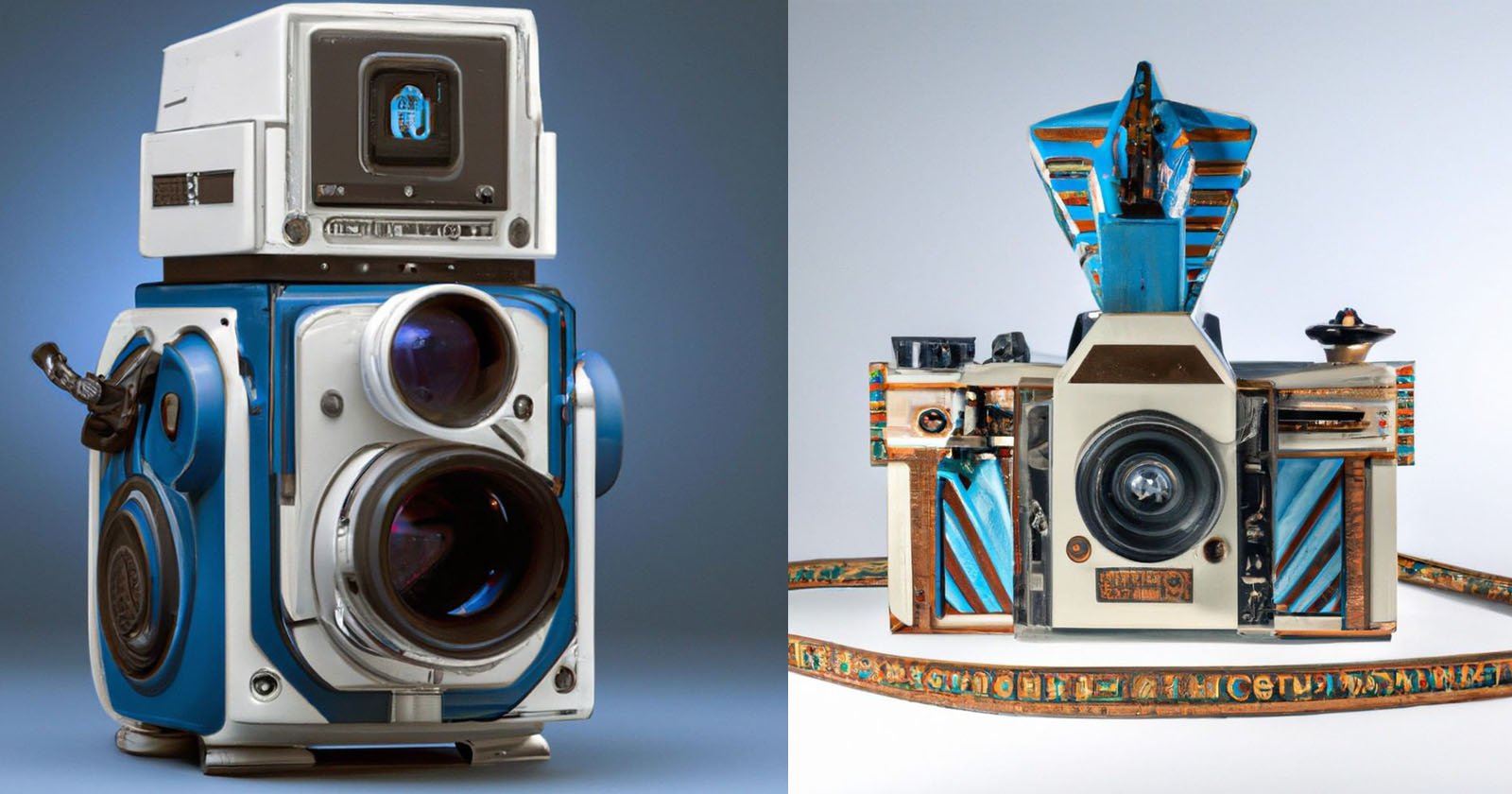 These cameras do not exist. As real as they might appear, they were created using an artificial intelligence system called DALL-E 2, which can make realistic images based only on text descriptions.

These strange and insane-looking cameras were created using DALL-E 2, an artificial intelligence program created by OpenAI. This system, which was first announced in January of this year, can produce photo-realistic images using a short description. It also allows users to edit the images with simple tools.

Not only can it create photos and images entirely from scratch, but it can also modify existing images.

Photographer and YouTuber Mathieu Stern decided to use DALL-E 2 to create some unusual cameras by giving it some brief descriptions.

“I always wanted to create my own crazy camera design,” Stern says. “These are a selection of the best camera designs that I generated over a week using DALL-E 2.”

Stern has published a wide array of what he calls “insane camera designs” on his Instagram that cover a variety of themes. Many are inspired by movies such as Star Wars and Lord of the Rings :

Some television icons such as the Simpsons

While others use themes like ancient Egypt and the Aztecs:

Some of the designs, such as the one that prominently features Homer Simpson or the Spongebob Squarepants camera, look truy bizarre, but others look like legitimately interesting designs that could make for really fun or collectibles, such as the Iron Man, R2-D2, or Sauron-themed cameras.

DALL-E 2 isn’t available for everyone to use and is currently only accepting new users who apply to a waitlist. Google also has a similar program.

“For me, this AI revolution is fascinating,” Stern says. “Generative art will be a new powerful tool to help my creativity.”