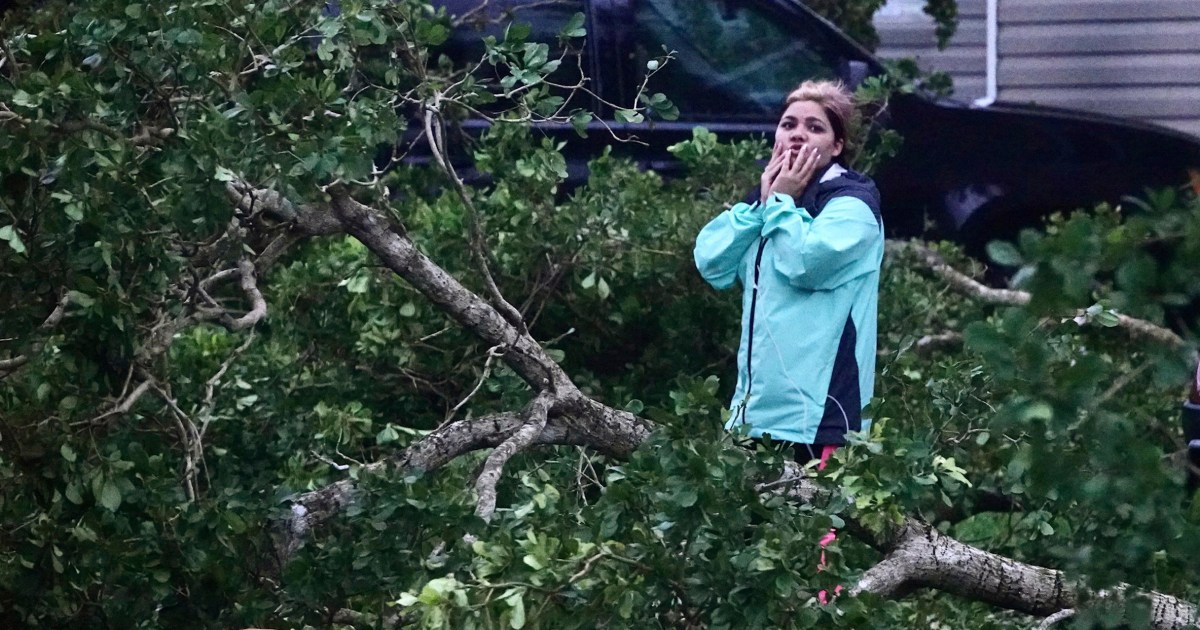 Hurricane Ian made landfall on Florida’s southwestern coast Wednesday as a strong Category 4 storm, making it one of only 15 Category 4 or 5 hurricanes on record to hit the state.

Its rating could understate how much destruction the storm brings.

Even as Ian gathered strength and neared Category 5 status, experts warned that solely paying attention to a hurricane’s category often masks just how destructive and life-threatening these storms can be — particularly as climate change makes hurricanes both rainier and more intense.

Hurricane Ian is already proving to be a devastating storm. After knocking out power to all of Cuba on Tuesday, Ian is forecast to dump up to 24 inches of rain over parts of Florida and trigger up to 18-foot storm surges from Englewood to Bonita Beach, according to the National Hurricane Center.

And the sheer size of Ian isn’t conveyed by its category.

In the days leading up to Ian’s landfall, many drew comparisons to Hurricane Charley, which struck Florida’s southwestern coast as a Category 4 storm in 2004. Kimberly Wood of Mississippi State University, assistant professor meteorology, stated that Ian will be very different from past hurricanes.

“We’re looking at a similar category as Hurricane Charley, but the impacts will be very, very different,” they said.

Many of the most destructive and potentially deadly impacts of a hurricane — including storm surge, flooding and rainfall — are not accounted for in a storm’s category number. That’s because these categories refer to a storm’s rating on what’s known as the Saffir-Simpson Hurricane Wind Scale, which ranks hurricanes from 1 to 5 based on a storm’s maximum sustained wind speed. The categories can be used to assess the potential damage that hurricane winds could cause to properties. However, it is problematic if these rankings are also used to evaluate other land impacts.

” It has nothing to do the storm’s size and very little to do about how many rains it produces,” Wood stated. “People hyper-focus on the category when the category is a very small part of the picture of what a hurricane might do to a location.”

Hurricane Ian’s rainfall projections across Florida are a major concern and fit within a broader trend of storms becoming rainier in recent years due to climate change. A warmer atmosphere can hold more moisture, which often means heavy rain and catastrophic flooding when these storms make landfall.

Warmer ocean waters and other changes associated with climate change could also help hurricanes like Ian intensify rapidly as they near shore, said Karthik Balaguru, a climate scientist with the Pacific Northwest National Laboratory.

As they approach the coast, major hurricanes can generate life-threatening storm surge, which refers to the abnormal rise in water levels because of the storm. Even lower-ranked hurricanes on the Saffir-Simpson scale can generate huge storm surge.

In 2005, Hurricane Katrina reached Category 5 status as it churned over the Gulf of Mexico but weakened to a Category 3 storm before it made landfall first in Louisiana and then in Mississippi, where it created a record 27. 8-foot storm surge.

“If you were thinking it’s only a Category 3 hurricane, you would definitely not think of a 28-foot storm surge,” said Brian McNoldy, a senior research associate at the University of Miami Rosenstiel School of Marine, Atmospheric and Earth Science.

Hurricane Ike slammed the Texas Gulf Coast in 2008 as a Category 2 storm, generating a 15-foot storm surge in Galveston Island — “way higher than people might think for a Category 2 hurricane,” McNoldy said. Both storm surge and intensity of rainfall are affected by hurricane speed, which is why hurricane risks go beyond their category.

“Hurricane Ian is a very large, slow-moving hurricane. Its winds are blowing over a large surface area that enables it to push more saltwater, and also its winds are prolonged over time,” said Hal Needham, an extreme weather and disaster scientist with the GeoTrek project, a science media site operated by the insurance company CNC Catastrophe & National Claims. “I think we’ll see tens of thousands of homes taking in saltwater, and fast-flowing saltwater at that.”

Jennifer Collins, a professor of geosciences at the University of South Florida, wrote in an email that it’s “quite clear” that many people don’t understand what the Saffir-Simpson scale represents.

Collins said her research shows that many people set thresholds for evacuation that hinge on the ratings, with some only choosing to leave if the hurricane becomes a Category 3 or higher, leaving them open to flood risk from storm surge and intense rainfall not captured by the scale.

Collins is among many researchers who have outlined new systems to better help people identify their risk.

“There have been several alternative scales proposed over the years and none have gained enough attention or traction by the National Hurricane Center,” Collins said.

The new rating system she developed alongside others in 2021 factors storm surge, extreme rainfall and wind hazard into its analysis.

“We are working on further research to inform us how the public perceives our newly proposed scale,” Collins said. “It is important to have such evidence before even proposing to the National Hurricane Center that this should be considered as a replacement.”

Lakshmi Kantha, a professor emeritus at the University of Colorado who has studied hurricanes and the rating system’s performance, said the Saffir-Simpson scale does not do enough to convey a storm’s danger to the public.

” The scale is really inadequate,” he stated, noting that it should consider the size of a hurricane.

Kantha said the National Hurricane Center acts conservatively and carefully with changes, particularly those with legal implications. But he said even small measures could improve public understanding, such as making the scale continuous.

“The least the hurricane center can do is get rid of the discrete nature of the Saffir-Simpson scale,” Kantha said. “The American public can understand 3. 5.”

Such a measure would no longer cap the scale at Category 5, he said, which could help communicate hurricane intensity in a world where climate change, and warmer ocean waters, are fueling more intense storms. With Ian being one of the strongest hurricanes that hit the United States for decades, Wood advised Florida residents to listen to the National Hurricane Center and local officials.

“This is a very serious situation,” they said. “I just ache for everyone in Ian’s path.”

The post Why ‘Category 4’ doesn’t capture its danger appeared first on NBC News.