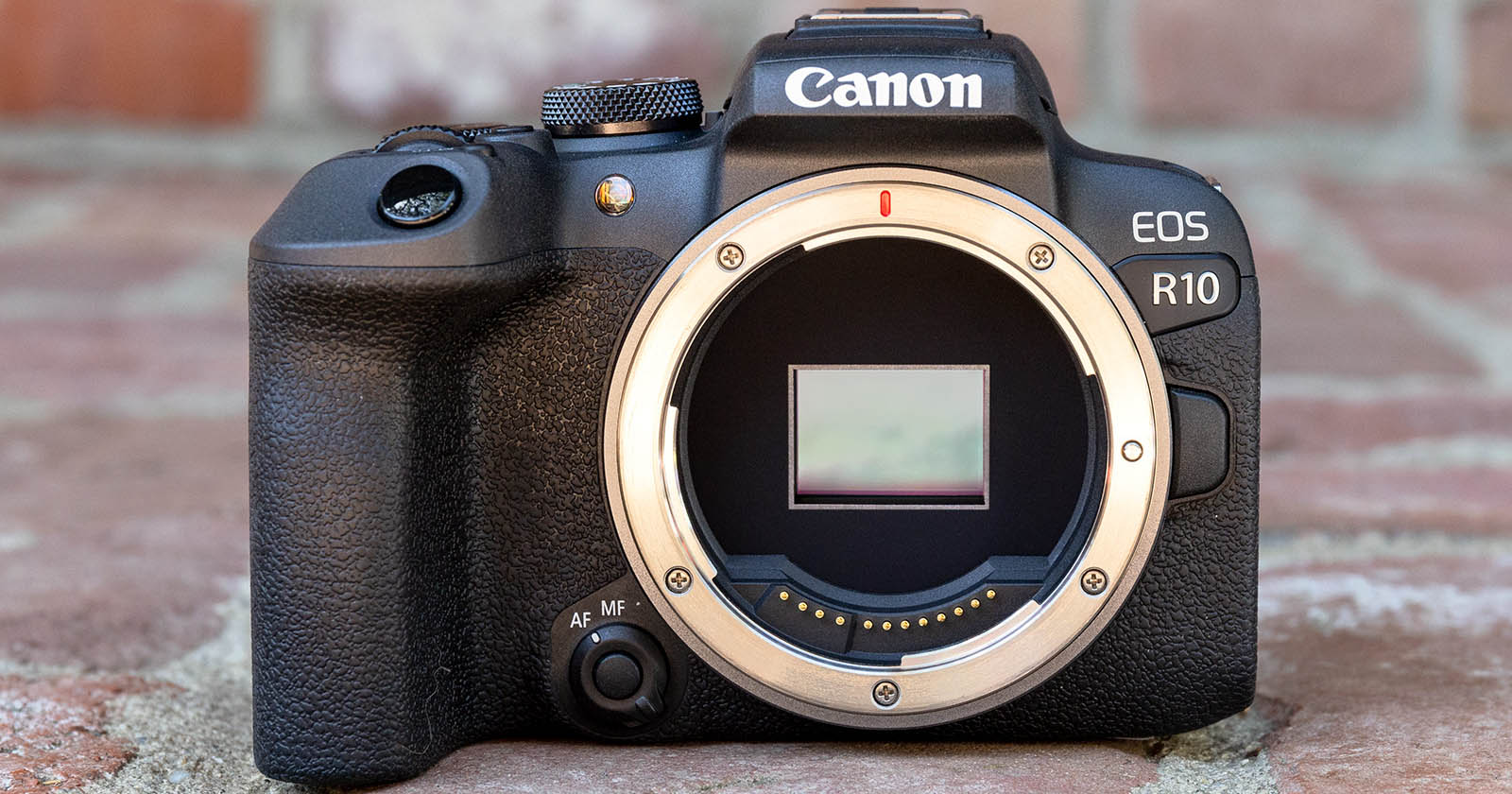 There is an ongoing push to make technology lighter and faster across many industries including smartphones, computers, cameras and drones. Mirrorless cameras are leading the charge to replace DSLRs as industry standard for still photography.

Other camera types have competed, but mirrorless cameras have excelled in quality, size, and speed. So, what’s all the buzz about cameras without mirrors? This guide will help you understand what a mirrorless camera is and how it compares to other types of cameras.

What Does Mirrorless Mean?

You might bring a mirror to your portrait shoots so that your client can see how their hair looks mid-shoot. As their name implies, mirrorless cameras eliminate this need! Alright, that’s wishful thinking and not true at all. However, mirrorless cameras lack a photography-related mirror, just not one you can usually see.

In DSLR cameras, a mirror sits between the lens and the camera sensor. It is situated at a 45-degree angle and directs the light from the lens up toward the optical viewfinder for you to see. This is how you are able to see a scene through a DSLR’s viewfinder, even when it’s turned off.

When the shutter button presses, the mirror will flip down to reveal the sensor. This ultimately creates a digital picture. This process has its limitations, such as the need for space and the time it takes to move.

Mirrorless cameras remove the mirror. This makes them smaller and more efficient, with better autofocus.

Instead of a mirror mechanism working to allow you to preview your image, mirrorless cameras use something called an electronic viewfinder, or EVF for short. Essentially, light goes through the lens straight to the sensor, then it is converted directly to digital information that is displayed in the EVF or on the LCD screen.

The EVF is basically a tiny screen on its own, and some mirrorless cameras have the capability to do image playback via the EVF itself. This can be useful for shooting in bright environments. Different cameras can have different EVF resolutions. This is similar to a television screen.

One interesting difference between mirrorless and DSLR cameras is that when using an EVF, the preview is what the image will look like when captured. For example, if your image is overexposed, you will be able to see that through the EVF. The preview on a DSLR camera is independent from the actual sensor image. This means that the final image may be very different to what you can see through your viewfinder.

Think of the EVF to be a miniature version of your live view from a DSLR camera. It is what displays your preview image on the main LCD screen.

Sound. Without a mirror mechanism moving around, the shutter on a mirrorless camera can be silent. To help the photographer recognize when a photograph has been taken, some cameras make an artificial clicking sound. This sound may be configurable in future cameras.

Speed. Although DSLR cameras can have high continuous frame rates, mirrorless cameras are generally faster due to the fact that they don’t have to perform as many physical movements when the shutter button is pressed. This makes mirrorless cameras great choices for wildlife, sports, and other action photographers.

Digital technology. Since mirrorless cameras use more digital technology in previewing an image, there are opportunities for better autofocus and more information to be relayed to the photographer before an image is created. Take the Canon R3’s eye-controlled autofocus, for example. The camera will, in theory, focus where your eye is looking.

Electronic viewfinder (EVF). There are lots of advantages of using an EVF. Just like live view, the EVF allows the photographer to see the image as it will be captured. EVFs can be used as small screens to play back images. Since it is a screen, it can also be overlaid with lines or other information that can’t necessarily be shown using an optical viewfinder.

Size. Because they are smaller than DSLRs, mirrorless cameras may be easier to carry around. This makes them attractive for travel photographers, or anyone who just wants a more portable camera. You might use your camera more often if it’s easier to take with you wherever you go.

Shorter flange distance. Mirrorless cameras are smaller because they have a shorter focal distance (the distance between the mount of the lens and the sensor). The shorter the flange distance, the thinner (and lighter) a camera can be.

Adapted lenses. A shorter flange distance also allows for lenses (i.e. You can use lenses that are designed to work with equivalent DSLRs by using an adapter which increases the flange distance. For this reason, DSLR lenses can often be adapted for mirrorless cameras but mirrorless lenses generally cannot be adapted for DSLRs. Canon and Nikon photographers switching from Canon EF to Canon R or from Nikon F to Nikon Z can bring their existing collection of lenses to mirrorless thanks to lens adapters offered by the companies.

Native lens selection. With newer camera systems come newer lens mounts that aren’t necessarily compatible with older lenses. Companies are working hard to increase their selection of mirrorless lenses, but so many years went into making lenses for SLRs and DSLRs that it will take time to have a similar selection for mirrorless. Even if there are adapters to allow older lenses to work on mirrorless cameras, they often come at the expense of quality (and money).

Battery life. Sometimes smaller cameras mean shorter batteries. However, the problem with battery life for mirrorless cameras is that they have to power both LCD and EVF screens. The EVF requires a lot of power, while a DSLR can move the mirror mechanism. Also, digital displays don’t need to be powered constantly unless you are shooting live view.

Accessory compatibility. Speaking of accessories, this is an issue that’s similar to the lens compatibility problem. There are many companies that are unable to choose between the different markets for their cameras. They also don’t have the resources to focus on mirrorless enough to meet the growing demand. While there is a lot of accessory development for mirrorless cameras and DSLRs, some areas still require more accessories.

General industry knowledge. DSLR cameras are more widely used than any other camera in still photography. They have been tested extensively and are well-reviewed. While there is no shortage of mirrorless cameras, DSLRs have the advantage over other models in that they are more widely available.

A Brief History of Mirrorless Cameras

Mirrorless cameras have come a long way in the past decade, and are continuing to shatter records in the camera world. The first digital interchangeable-lens camera without a mirror was released in 2004, the Epson R-D1.

This was followed by the Leica M8, but these both are usually not regarded as true mirrorless cameras because they do not have a digital mechanism to preview images.

2008 brought the first commercially available “true” mirrorless camera, the Panasonic Lumix G1. This camera, and many others that followed, used the Four Thirds sensor system, which is smaller and has a different shape than an APS-C or full-frame sensor. This system is still around and is used commonly today.

Who knows what we’ll see in the future of mirrorless cameras in addition to a lot of speed, resolution, and impressive (8K and beyond) video capabilities? While DSLRs are still the best in resolution and speed, it is now that mirrorless technology can catch up to DSLR technology and will soon surpass it (if not already). More lenses are becoming available, and big names in the DSLR world have already stated that they won’t be making any more flagship DSLR cameras in favor of the mirrorless revolution.

If you’re thinking you want to dive into the mirrorless world after reading this, check out our picks for the top mirrorless cameras on the market today. They’re generally faster and lighter than DSLR cameras and come with quirks and perks that make them really interesting cameras.

One thing is certain: Mirrorless cameras will be the future of professional still photography. Just based on the investments that major camera companies are making, the next decade is when we will see mirrorless cameras dominate the industry, just like DSLRs did for the past decade.