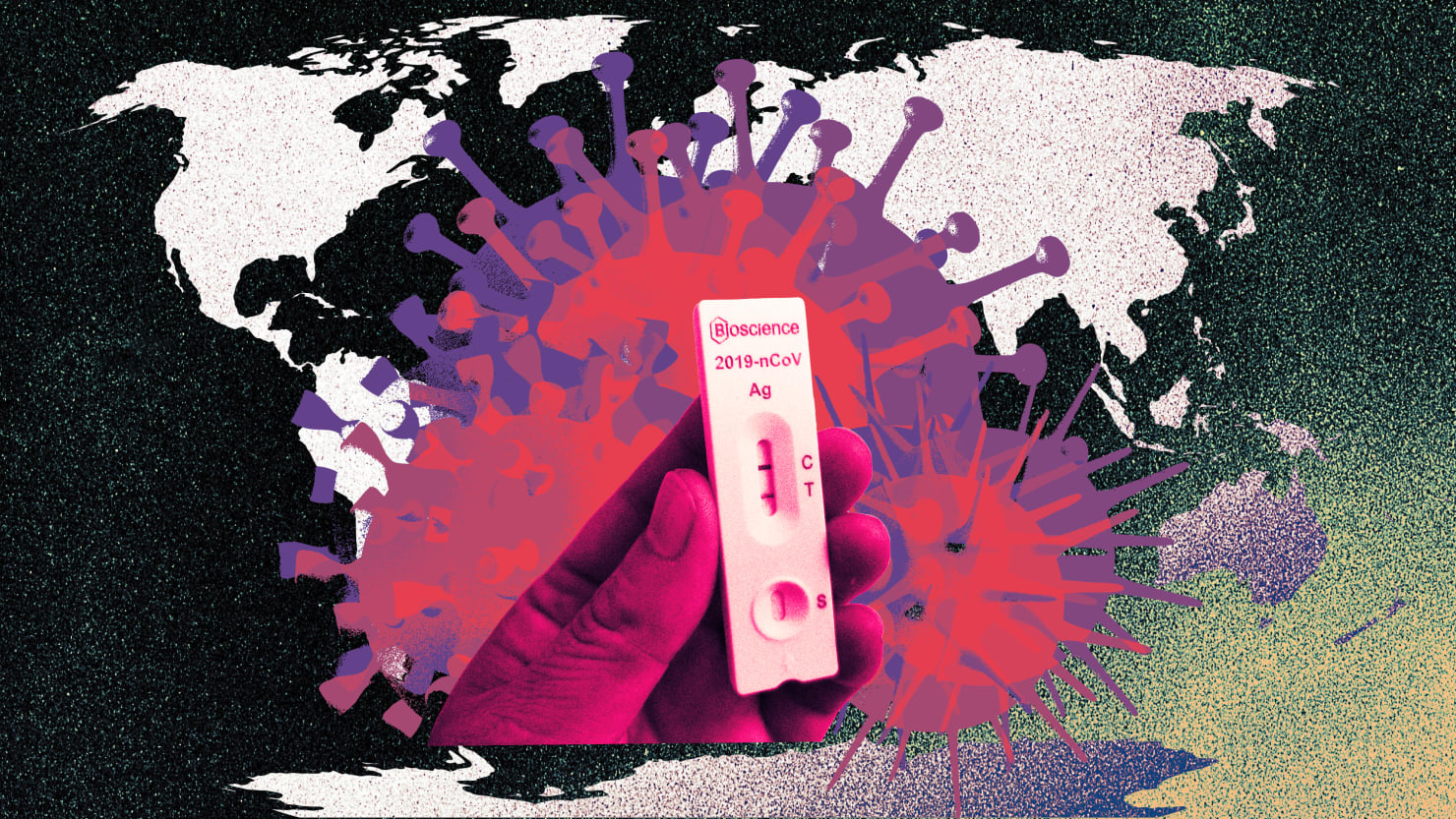 2023 could be the year the world finally figures out how to live with COVID. Well, most of the world. Ironically, we’ll have the Omicron variant of the SARS-CoV-2 virus to thank for it.

Successive waves of infections from Omicron and its subvariants, starting in late 2021, have produced so much natural immunity across the human population that most countries are now in a good position to weather new subvariants. “I see the United States and most of the world gradually exiting from the acute phase of the pandemic,” Lawrence Gostin, a Georgetown University global-health expert, told The Daily Beast.

Yes, people will get sick when some new form of the virus becomes dominant. But owing to their natural immunity, they probably won’t get very sick. And fresh infections will seed fresh antibodies that will then prolong the population’s natural immunity through the next wave of cases.

“The waves though will get shallower and shallower and further apart like ripples in a pond,” Jeffrey Klausner, a University of Southern California epidemiologist, told The Daily Beast.

The exception to this hard-earned natural protection is, of course, China. The only major country that enforced strict lockdowns through much of the last year and, as a result, lacks widespread natural immunity. China could spend 2023 catching up to the rest of the world, as far as COVID antibodies go.

The problem, for 1.4 billion Chinese, is that catching up means a lot of people getting infected with COVID without the strong protection that natural immunity affords. If 2023 is the first year in four years that most of the world can breathe easy despite SARS-CoV-2 being everywhere all the time, it could also be the year China gets really sick for the first time.

The world, minus China, earned its natural immunity the hard way—by catching COVID. Vaccines eased the pain, of course, but vaccine-induced antibodies don’t last forever. By the end of 2021, billions of jabs were wearing off and boosters had just become available to most people. At the same time, many countries were lifting the last major restrictions on businesses, schools and travel. That’s when Omicron showed up.

More transmissible than older variants but less severe, Omicron drove record cases in late 2021 and early 2022—and spawned subvariants such as BA.2, BA.5 and BQ.1 that drove their own, smaller surges in cases throughout the year.

But the overall trend in 2022 was toward fewer and fewer hospitalizations and deaths. In countries where people were getting back to a version of normal and the virus was circulating, all those accumulating natural antibodies were doing their thing.

It’s a virtuous, self-reinforcing cycle. “Natural immunity will be continually refreshed as the virus circulates widely, which will mean a population that over time has considerable levels of immunity,” Gostin explained.

“We have been in the Omicron or sub-Omicron phase of variants now for a long time. That should continue.”

That protection gives us a glimmer of hope for 2023—and beyond. “Ultimately, the cycles of repeat waves will progressively decline to a steady-level low transmission endemic state,” Edwin Michael, an epidemiologist at the Center for Global Health Infectious Disease Research at the University of South Florida, told The Daily Beast. “New variants will cause flare-ups, but I am expecting that given how robust natural immunity is, such spikes in cases will be small relative to Omicron, for example—and so easily manageable.”

Just not in China, which until a few weeks ago still enforced strict lockdowns. Widespread public protests, extreme rarities in the authoritarian state, put intense pressure on the ruling Chinese Communist Party starting in late November. On Dec. 7, the party rolled back many of the restrictions.

Epidemiologists warned that a sudden lifting of lockdowns in a country that hadn’t built up much natural immunity—and where vaccination rates are low for the most vulnerable part of the population, the elderly—could bring disaster as severe infections overwhelm hospitals.

Just a couple weeks later, they’ve already been proved right. A major outbreak in Beijing has compelled local authorities to restore some of the restrictions they’d just lifted. But a return to unpopular lockdowns only delays the inevitable.

The rest of the world, however, might have its most normal year since 2020. Its reward for suffering through Omicron and its offspring. If there’s a possible spoiler, it’s that SARS-CoV-2 can be unpredictable.

As long as the virus is circulating, it’s mutating. For more than a year, the mutations have produced subvariants of Omicron that diminish the effectiveness of vaccines and, in the case of the latest BQ subvariants, render monoclonal antibody therapies totally ineffective. But they haven’t evaded our natural antibodies.

Klausner for one doesn’t expect that to change. “There may be many different subvariant types and no dramatic shifts. We have been in the Omicron or sub-Omicron phase of variants now for a long time. That should continue.”

If it doesn’t, and some new variant or subvariant crops up that dodges our natural antibodies, the whole world—and not just China—will have to endure waves of infections without the protection of natural immunity. That’s how the dream of a normal-ish 2023 could turn into a nightmare.

The post What the World Should Really Expect From COVID in 2023 appeared first on The Daily Beast.