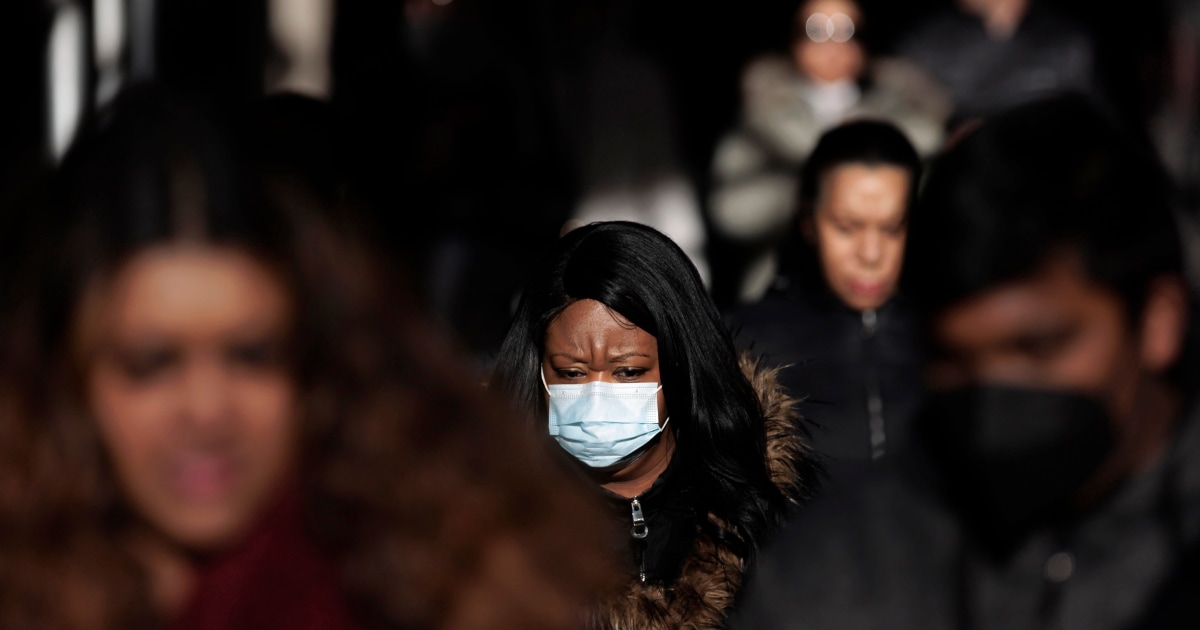 How can we stop the winter “tripledemic” of respiratory viruses from wrecking upcoming holiday travel and family gatherings? While people know when they are suffering Covid symptoms ,, do they still have the potential to spread viruses?

It’s a good time to brush up on what scientists know, and still don’t know, about how long people remain infectious with viral diseases — Covid, influenza, RSV — that are spreading across the U.S.

How long am I contagious with Covid?

If you’ve been exposed to someone who has tested positive for Covid, symptoms from any of the omicron subvariants generally appear two to four days later.

How contagious you are is connected to how much of the virus, known as the viral load, is in your body. Your viral load will likely peak soon after the start of symptoms, according to Dr. Chanu Rhee, an infectious disease physician and associate professor of medicine at Harvard Medical School. You are most likely to be contagious one day before you feel symptoms, and two days or more after that.

As your immune system reduces your viral load, your infectiousness should decline in tandem.

” If people are still experiencing symptoms such as coughing, upper respiratory symptoms and severe illness, it is possible that they may be more contagious,” Dr. Lisa said. A. Cosimi, an infectious disease specialist at Harvard Medical School. But determining if you are still infected after a Covid illness has passed can be difficult.

The Centers for Disease Control and Prevention recommends that people who are experiencing moderate to severe symptoms to isolate for 10 days. If your Covid illness is mild, the CDC advises that to protect others you should consider yourself infectious for at least five days from the onset of symptoms — or five days after a positive test, which counts as day zero.

A study of 66 people with nonsevere Covid published in the New England Journal of Medicine in July found that the median time until the participants were likely no longer infectious was six days when the delta variant of the virus was dominant, and eight days during the omicron wave.

According to an October study of 4,565 people with Covid, “overall, existing data suggest that infectiousness (using viral culture as a proxy) beyond 10 days is possible although less common.”

The investigators called for more research about whether people remain infectious after that point.

There have, however, been cases of immunocompromised people who have remained infectious for months, according to various infectious disease experts.

PCR tests can be used to diagnose Covid. They are not reliable for determining ongoing infectiousness because they can detect fragments of the virus, which pose no risk of transmitting to others, for weeks or months after infection.

At-home rapid antigen tests aren’t perfect either. As the most reliable indicator of infectiousness, researchers rely on viral culture tests. They take a sample from the coronavirus to test for infection. However, most people do not have the ability to access such tests.

In a recent study of 40 people with Covid, three quarters of them tested positive six days after their first positive test or the start of their symptoms, whichever came first.

As part of the research, the participants also received what are known as viral culture tests in which scientists see if they can grow the virus taken from a swab in the lab. It’s considered the best proxy for infectiousness.

About 50% of the group tested negative for viral culture, which suggests they were not contagious.

Cosimi, the Harvard Medical School infectious disease specialist, was the lead author of the study and said that after day five of Covid — if people test negative when they have improved yet still have lingering symptoms — they’re likely not contagious.

She also said that if non-immunocompromised people feel well by day 11 but still test positive on an antigen test, “it is exceedingly unlikely” they’re still infectious.

According to the CDC, if you have no symptoms after day five, or if your Covid symptoms are improving and you haven’t had a fever for 24 hours, you can end your isolation period.

For days six through 10, you can go out but should wear a mask. You don’t have to take these tests to terminate your isolation. The CDC says you can take the mask off early if you test negative on two consecutive rapid antigen tests 48 hours apart.

There’s a condition, though.

“You should still wear a mask through day 10 because theoretically, you’re still infectious, even if your degree of infectivity has gone down,” said Rhee.

How long can I be contagious even if I have had Covid, or am completely vaccinated but still have a severe infection?

Most of the studies, however, looked at patients infected with the older variants, Rhee said.

“The impact of prior immunity on infectiousness is not as clear for omicron variants.”

More news on the tripledemic

On average, unvaccinated people do indeed take longer to beat the infection, said Dr. Yonatan H. Grad, associate professor of immunology and infectious diseases at the Harvard T.H. Chan School of Public Health and senior author of a recent paper in the journal eLife in which he and his colleagues reached this conclusion.

“We do not know about duration of infectiousness,” Grad said in an email.

If I’m taking Paxlovid, am I contagious?

A study published in Clinical Infectious Diseases in July found that taking Paxlovid accelerates coronavirus clearance, which the authors said might reduce infectiousness.

Recent research has cast doubt on whether Paxlovid is driving cases of viral rebound, given that people who don’t take Paxlovid commonly rebound as well. Dr. Donald Milton from the University of Maryland, said that we do not know if those rebound are contagious.

Consequently, the CDC recommends restarting the isolation clock at day zero if a rebound occurs.

How long am I contagious with the flu or other viral illnesses?

With flu, RSV (respiratory syncytial virus) and the common cold, experts say that people are generally most infectious between a day or two before symptoms begin and then for a few days afterward.

The CDC recommends that people with the flu stay home until at least 24 hours after their fever subsides without the use of fever- reducing medication or after their symptoms have improved — at least four to five days after getting sick.

A 2010 study identified a close correlation between the decrease of flu symptoms, in particular fever, and a decrease in viral shedding, which indicates infectiousness. If you are really sick or have a fever you might be infected for some time,” Aubree Gordon (associate professor of epidemiology, University of Michigan School of Public Health) said. The severity of your symptoms may indicate when it is best to go home. But that does not mean if you have mild symptoms you aren’t contagious.”

Classic common cold symptoms include congestion, cough, a runny nose and low-grade fever. Some cold symptoms can last from 10 to 14 days, according to the CDC.

For colds — which for adults may include RSV, a virus that can pose a serious threat to children under age 2 — Dr. David Strain, a senior clinical lecturer at the University of Exeter Medical School, said, “on the most part, you will only be infectious for as long as you’ve got symptoms.”

The post What science shows about being contagious appeared first on NBC News.