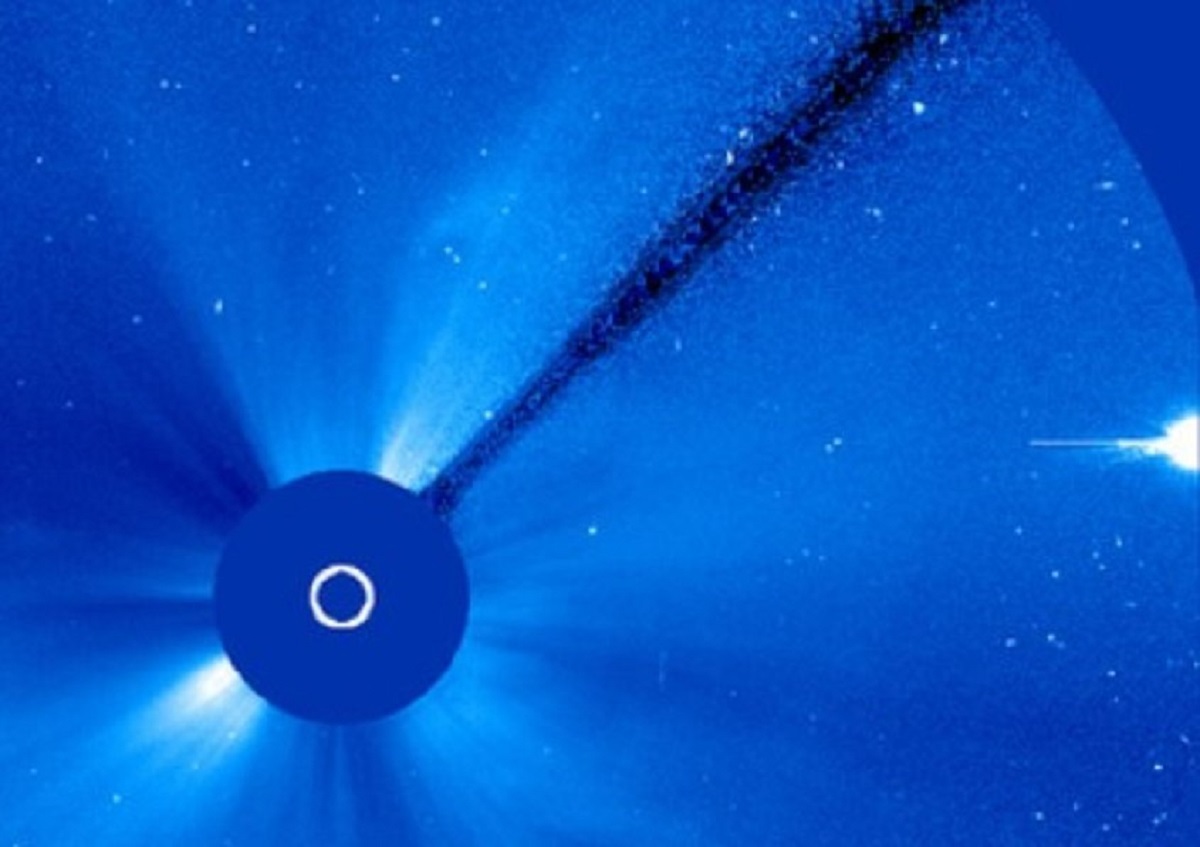 A fascinating video has captured the movement of Venus around the solar system as it’s caught in the sun’s glare.

On Thursday night, solar expert Keith Strong posted a video of a coronagraph to Twitter that showed a glowing light edging into view on the right hand side of the clip.

A coronagraph is a scientific instrument designed to block out the direct light of the sun, so that astronomers can glimpse its corona–the searing hot outer layer of the sun’s atmosphere.

As such, coronagraph videos and images have a black circle in the middle which covers up the sun, while the ghostly white light around the circle is the energy given off by the sun.

Coronagraph images are useful for spotting all kinds of solar activity, from solar flares to coronal mass ejections. They can be used for spotting non-solar objects.

“What on Earth is that?,” Strong tweeted, alongside the following coronagraph clip. “There is a bright object on the right edge of the frame coming into view, i.e., moving the opposite way to the stars.”

Like the sun, the object also appeared to be giving off a ghostly glow.

WHAT ON EARTH IS THAT? There is a bright object on the right edge of the frame coming into view, i.e., moving the opposite way to the stars. It is Venus on the opposite side of the Sun from the Earth. It is moving from being a morning star to an evening one. pic.twitter.com/KcdOXMHfpF

Strong stated that the object was in fact the planet Venus, which is currently on the opposite side of the sun from the Earth.

“Coronagraphs are designed to look at the very faint solar corona,” Martin Archer, a space physicist and science communicator, told Newsweek. “Planets, on the other hand, are very bright and tend to saturate in the detectors. They appear larger than their actual size and can be surrounded by lens flares.

“That is likely what is causing the bright light patterns around Venus in the video, with these effects being particularly strong as Venus is on the opposite side of the sun from the Earth–highly illuminated.”

Mathew Owens, a professor of space physics at the University of Reading in the U.K., echoed the point.

“So while Venus is small enough to be basically a single pixel in the camera, it’s so bright that it ‘bleeds’ into the surrounding pixels,” he told Newsweek. This happens most often when comets or planets enter the coronagraph field.

“It’s a bit like wearing night-vision goggles and looking at car headlights.”

NASA’s Stereo Science Center website shows a sort of bird’s eye view of the positions of the planets in the inner Solar System currently. It shows how Venus is indeed on the opposite side of the sun from Earth, meaning we are seeing it bathed in sunlight.

The post ‘What on Earth Is That?’ Super Bright Object Spotted Moving Toward the Sun appeared first on Newsweek.