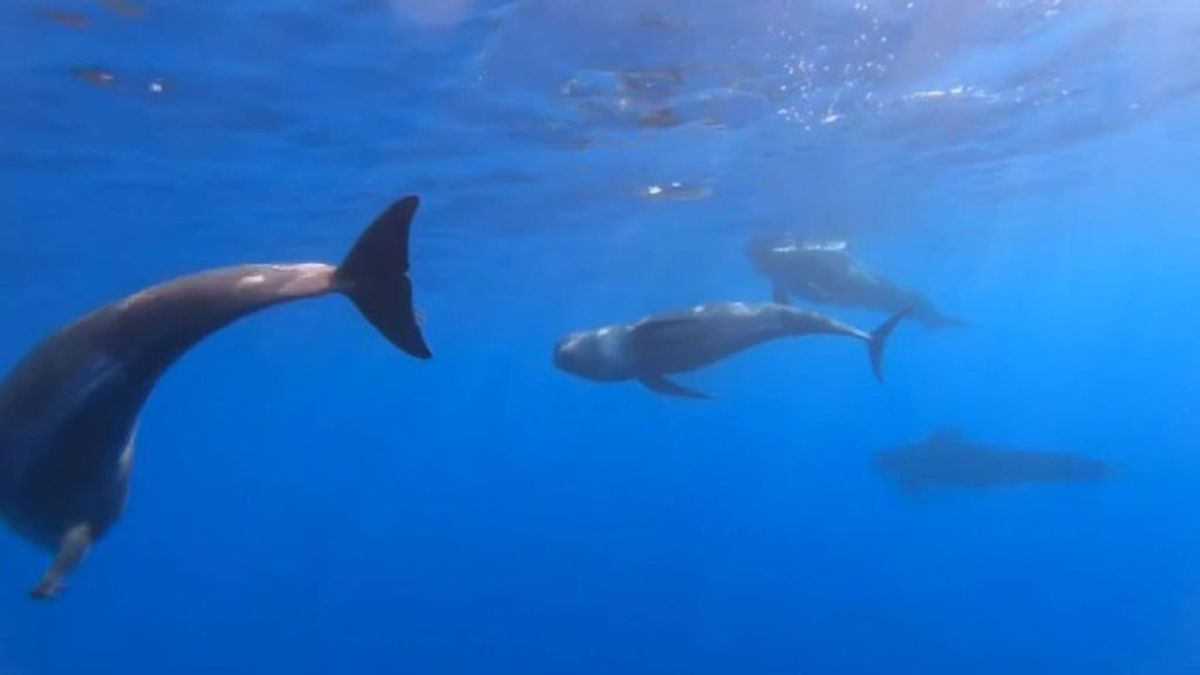 Experts have counted an amazing 166 fin whales off the Spanish coast as they migrate in the Mediterranean, with these incredible images showing them swimming and feeding.

Video footage released by the Edmaktub Association, organizers of the Fin Whale Project, shows pods of the huge whales on their migration route to the Atlantic Ocean.

From February to June each year, fin whales migrate along the Catalan coast. The impressive images show them swimming and feeding, opening their mouths wide as they swoop in on their prey.

The phenomenon has been known by fishing crews in the area for decades but has only been studied by the association in recent years.

The organization said in a statement on Tuesday: “The wind and rains in March favored production peaks and the presence of plankton, the main source of food for the whales, until the end of May.”

Edmaktub also said it was the first time a M364 LR thermal imaging camera has been used, making it possible to detect whales up to a kilometer (half a mile) away, as well as film at night.

They said: “In 2022, whale sightings have remained high compared to the previous year; with a total of 166 whales sighted and 99 whales identified by means of images captured by a drone.

“The use of an echo sounder has been decisive for the detection of masses of organisms, possibly plankton, in the areas where we have found fin whales feeding.

“During the month of May and early June, the animals have been traveling along the Catalan coast and the Gulf of Lion at a greater distance than in previous years.”

They explained: “Collisions with vessels are the main concern for the conservation of fin whales in this area.

“The data collected, together with the animals showing collision marks and high maritime traffic indicates the high threat to this species.”

“It is also worth noting the disturbance caused by recreational boats that are irresponsible, unaware of the law that protects cetaceans and prohibits their approach.”

Fin whales (Balaenoptera physalus) are listed as vulnerable on the International Union for Conservation of Nature’s (IUCN) Red List of Threatened Species.

They are the second-longest cetacean species on the planet after the blue whale (Balaenoptera musculus). They can measure up to 85 feet and weigh up to 114 tons.