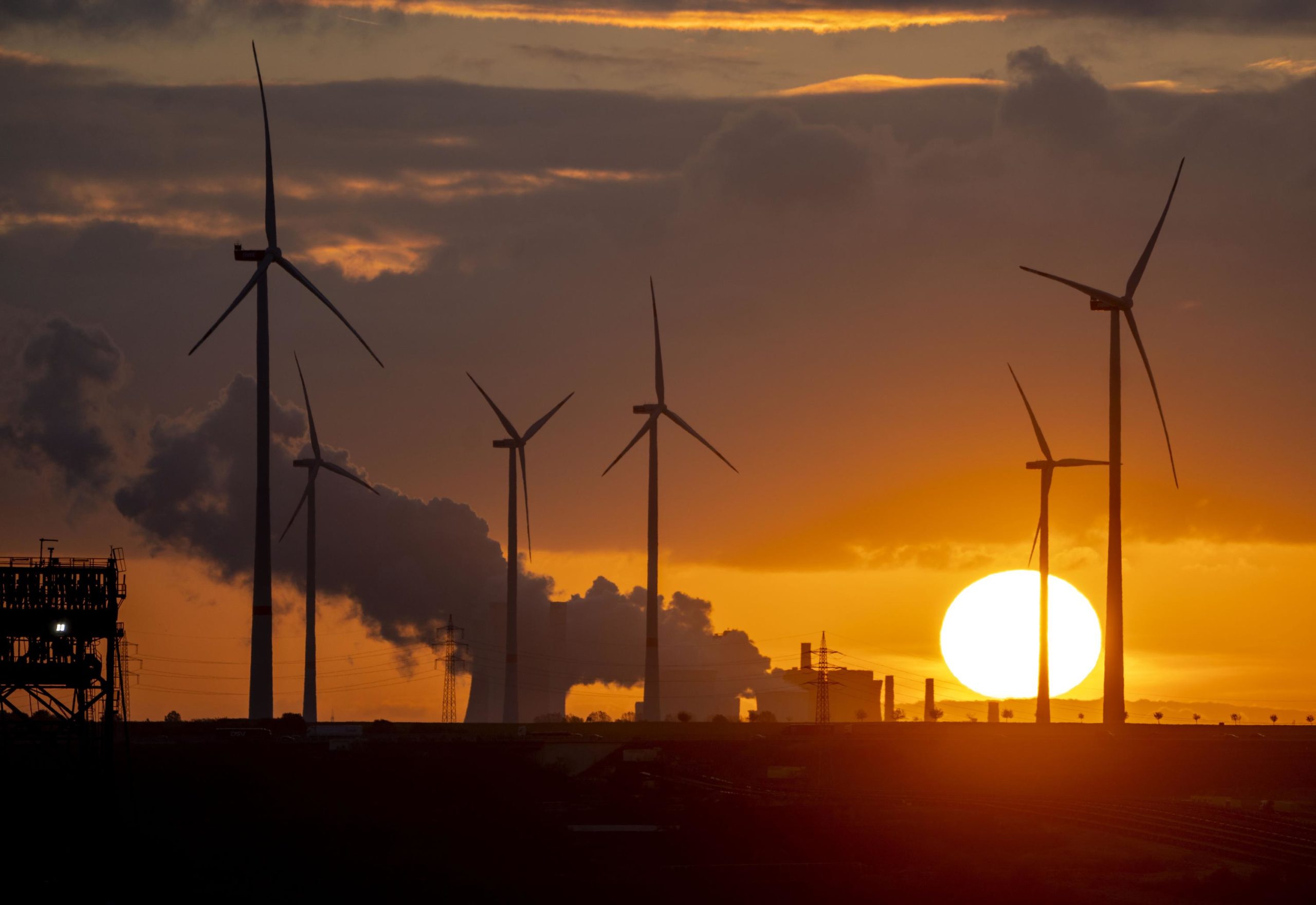 BERLIN — When world leaders, diplomats, campaigners and scientists descend on Sharm el-Sheikh in Egypt next week for talks on tackling climate change, don’t expect them to part the Red Sea or other miracles that would make huge steps in curbing global warming.

Each year there are high hopes for the two-week United Nations climate gathering and, almost inevitably, disappointment when it doesn’t deliver another landmark pact like the one agreed 2015 in Paris.

Those were days marked by cooperation and understanding between the two largest polluters , the United States of America and China. There was also a realization worldwide that failure to come to an agreement could lead to humanity going on its own path to oblivion.

This November the geopolitical tiles have shifted: a devastating war in Ukraine, skyrocketing energy and food prices, and growing enmity between the West on the one hand and Russia and China on the other make for difficult conditions at a gathering that requires cooperation and consensus.

“There’s a lot of high and low expectations around this Egypt COP, a lot of mix of ambition and fatalism,” said Avinash Persaud, special envoy for the Barbados prime minister.

Here’s what to look out for during the 27th Conference of the Parties, or COP27, from Nov. 6-18 and why it might still end up being a success.

Scientists are more concerned about global warming than three decades ago, when governments first came together to discuss the problem because the pace of warming in the past decade is 33% faster than in the 1990s.

Greenhouse gas emissions are still rising, while tangible impacts from climate change are already being felt around the world. But there are some improvements. Before Paris, the world was heading for 4. 5 degrees Celsius (8. 1 Fahrenheit) of warming by the end of the century compared to pre-industrial times.

Recent forecasts have that down to 2. 6 C (4. 7 F), thanks to measures taken or firm commitments governments have already made. That’s far above the 1. 5 C (2. 7 F) limit countries agreed to seven years ago, however, and the time for keeping that target is fast running out.

“The 1. 5 degrees is in intensive care and the machines are shaking. So, it is in high danger. But it is still possible,” United Nations Secretary-General Antonio Guterres said. My objective is Egypt to ensure that there’s enough political will in Egypt to move this possibility forward and make the machines function. We are approaching a point where it might be impossible for us to reverse our progress. Let’s avoid it at all costs.”

Prices for oil, coal and natural gas have jumped since Russia’s invasion of Ukraine. Some countries responded by looking for new fossil fuel .. This has caused concern about the governments’ failure to meet their emissions reduction commitments, such as the last-year climate talks agreement to “phase down the use coal” and to sharply decrease the amount methane — an extremely powerful greenhouse gas — that was released into the atmosphere.

At the same time, renewable energy has become more affordable due to rising prices for fossil fuels. Building solar and wind power plants remains more expensive for developing countries though. To help them cut their emissions quickly, rich nations are negotiating aid projects known as ‘just transition energy partnerships’, or JET-Ps, with several major emerging economies including Indonesia and India that could be finalized during or shortly after COP27.

One of the big sticking points in past negotiations concerned the financial support poor countries receive from rich nations to cope with climate change.

A deadline to provide $100 billion annually by 2020 was missed and now looks set to be achieved only next year. According to Mohamed Nasr (Egypt’s chief negotiator), future funding requirements are expected to reach the billions and not the billions.

” The gap in finance is enormous,” he stated, noting half of Africa’s population doesn’t have electricity or clean energy.

Developed countries including the United States have also yet to make good on a pledge to double the amount they provide for adaptation, and make that half of the overall funding.

Discussions on climate finance also include the highly contentious issue of countries being compensated for the irreparable harm they’ve suffered as a result of global warming. Big polluters have strongly opposed demands for ‘loss and damage’ payments in the past, but observers say they’ve seen a softening of positions recently, including by the United States.

” While people don’t expect miracles, they do hope for a reliable, sustainable path,” stated Inger Andersen of the U.N. Environment Programme.

This would give countries that have done very little to cause the climate crisis but are on the front line of dealing with it “something to hold on to,” she said.

Swedish climate activist Greta Thunberg is not coming to this year’s gathering and recently called the U.N. process a “scam.”

Other activists have also voiced frustration at the slow pace of negotiations, given the scale of the threat posed by climate change. Climate Action Network International’s Harjeet Singh said that there was no space in which all countries could be equal.

“Tuvalu theoretically is as powerful as the U.S. and Malawi as powerful as the European Union,” he said of the talks. “For us as civil society it’s also a place to call out these countries, to call their bluff, to put a spotlight on those polluters and raise our voices.”

University of Maryland social scientist Dana Fisher, who studies the environmental movement, said given Egypt’s authoritarian government and an escalation of in-your-face tactics by frustrated protestors, especially youth, she would not be surprised if there are clashes.

Egypt has insisted that campaigners will have “full opportunity of participation, of activism, of demonstration, of voicing that opinion.”

The gathering in Egypt will be the first time since 2016 that U.N. climate talks have taken place in Africa. Experts say it is important the continent gets more attention, given how heavily it is affected by rising temperatures.

“If we look at the 50 countries that are most vulnerable to climate change impacts and who have the least resilience, these are low income countries and most of them are in Africa,” said Preety Bhandari of the World Resources Institute. “So it is fortuitous that we are having this particular COP in Africa to highlight what the vulnerable countries are asking from the climate regime.”

Campaigners say that recognizing the challenges Africa faces and prioritizing the needs of vulnerable countries is essential for a successful outcome this year.

Ellen Knickmeyer in Washington contributed to this report.