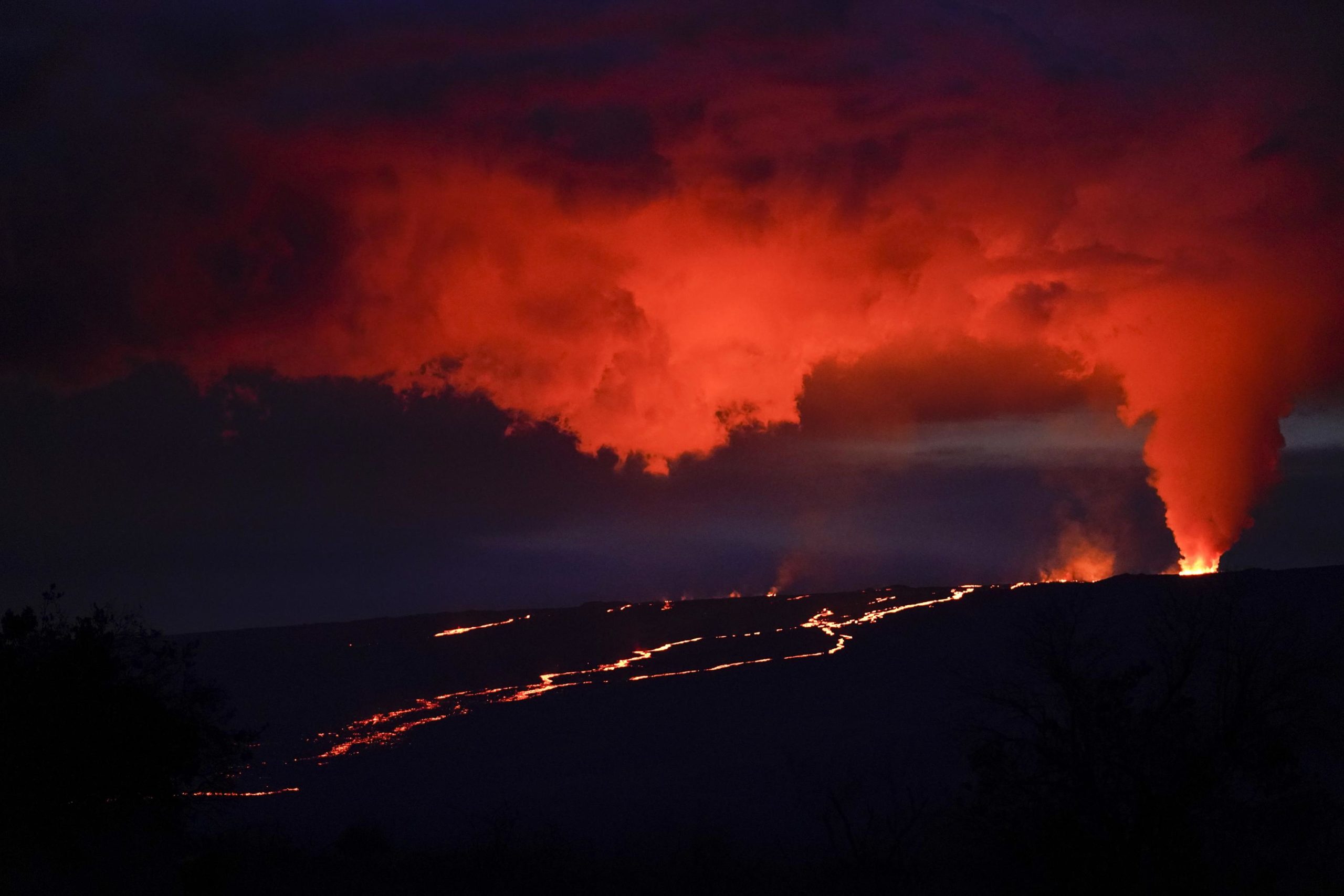 The eruption of Hawaii’s Mauna Loa volcano has temporarily knocked off power to the world’s premier station that measures heat-trapping carbon dioxide in the atmosphere, but officials Wednesday say it won’t be a problem.

There are hundreds of other carbon dioxide monitoring sites across the globe. The federal government is looking for a temporary alternate site on the Hawaiian island and is contemplating flying a generator to the Mauna Loa observatory to get its power back so it can take measurements again, said officials at the National Oceanic and Atmospheric Administration’s Global Monitoring Lab in Colorado that operates the station.

The Hawaiian station goes back to 1958 and is the main site for the famous Keeling Curve that shows rising carbon dioxide levels from burning of coal, oil and natural gas that tracks with rising temperatures. Levels of carbon dioxide at Mauna Loa have increased 33% since 1958.

The station at 11,300 feet high (3,444 meters), has a 131-foot (40-meter) tower that collects air to measure levels of carbon dioxide, radiation and other materials. Officials said that even though the lava flow isn’t directly below the station, it did cut power lines farther down the mountain.

“This is sort of our flagship station,” said Colm Sweeney, the monitoring lab’s associate director. It is what Mauna Loa stands for that really defines its scientific worth. It also is one of the cleanest signals that we have.”

That’s because it’s on a mountain away from heavy populations and vegetation and is so high that it is like “poking your finger up in the atmosphere” to measure levels in the troposphere without contamination from local activity, said Ariel Stein, the monitoring lab’s director.

There are more than 300 stations worldwide, including more than 70 operated by NOAA, so the global measurement of greenhouse gases will continue, Sweeney said.

During the 1984 Mauna Loa eruption the station was knocked out for 36 days but the global monitoring continued and long-term records are still complete, Sweeney said.

Sweeney and Stein said it’s unlikely that this Mauna Loa eruption will change global temperatures much, unlike 1991’s eruption of Mount Pinatubo in the Philippines. Pinatubo’s massive eruption can produce enough sulfate particles high in the atmosphere to reflect sunlight and temporarily cool down global temperatures.

Mauna Loa’s eruption at the moment doesn’t seem to be spewing nearly enough aerosols and its carbon dioxide emissions are nothing compared to the burning of fossil fuels, they said.