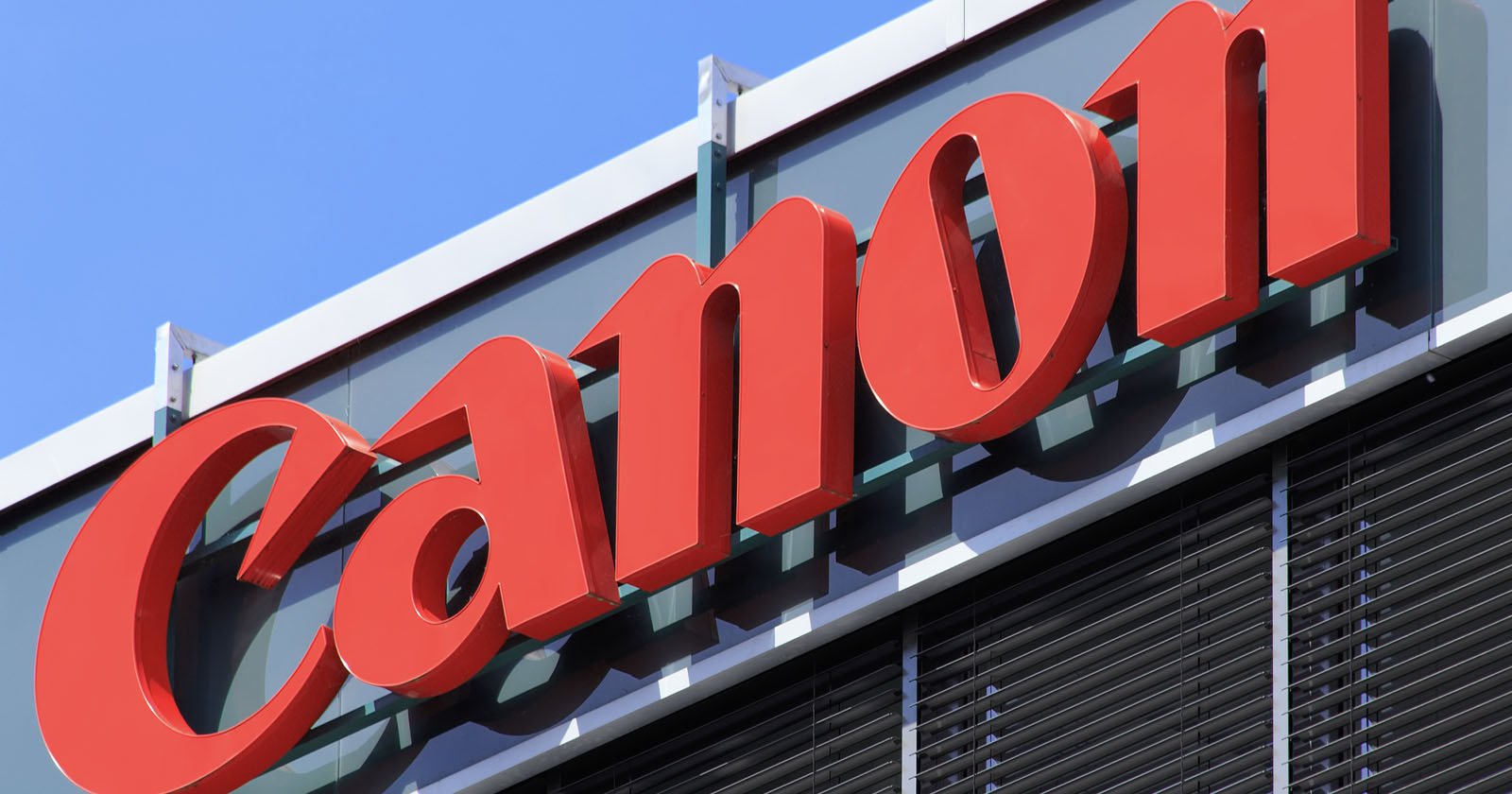 First seen on DPReview, a screenshot of an exchange between a customer and a representative of Viltrox was posted by user EJ Fudd. 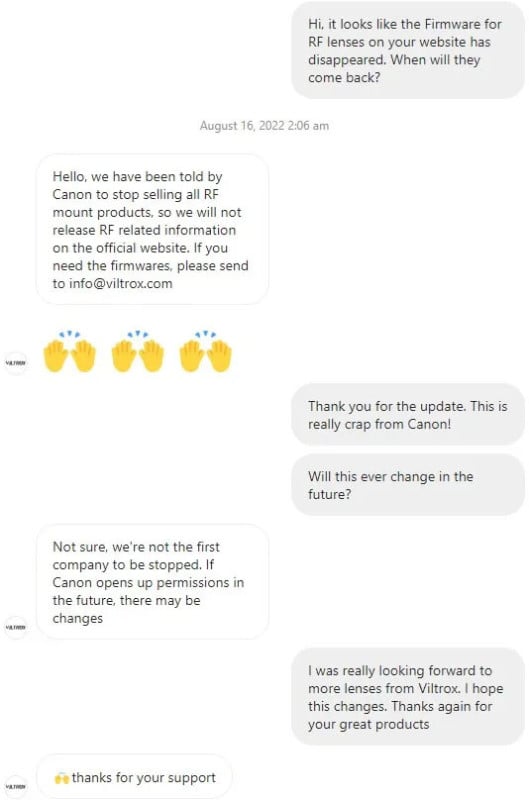 As reported by Photo Rumors, a customer contacts the Chinese company enquiring about firmware for RF lenses that are no longer available on its website.

“Hello, we have been told by Canon to stop selling all RF-mount products, so we will not release RF-related information on the official website,” the company says in response.

The customer responds that it is “really crap from Canon.” He then asks if this will change.

“Not sure, we’re not the first company to be stopped.

The exchange shows that Canon actively blocks third-party lenses from being released that can be used with its mirrorless system.

It comes after Samyang’s RF-mount lenses suddenly disappeared last year. There were more customer chat conversations at that time, with Samyang representatives telling someone who inquired about an RF-mount lens “Samyang stopped manufacturing these lenses.”

As reported by DIY Photography, the only third-party RF mount glass that has been taken off the market are autofocus lenses.

Laowa continues to produce products, even though they only make manual-focus RF lenses.

This could all be down to the patent, since manual focus lenses communicate very little with the camera. However, Canon still receives focal length and aperture information.

There were rumors that Sigma (perhaps the most well-known of third-party lens manufacturers) would launch RF-mount glasses, but it has not happened.

There are many third-party EF mounts lenses. Adapters such as Meike’s Canon EF to RF offers autofocus and image stabilization support.

A Canon representative tells PetaPixel that it has “no comment at this time.”

Viltrox was reached for comment but did not respond upon publication of this article.