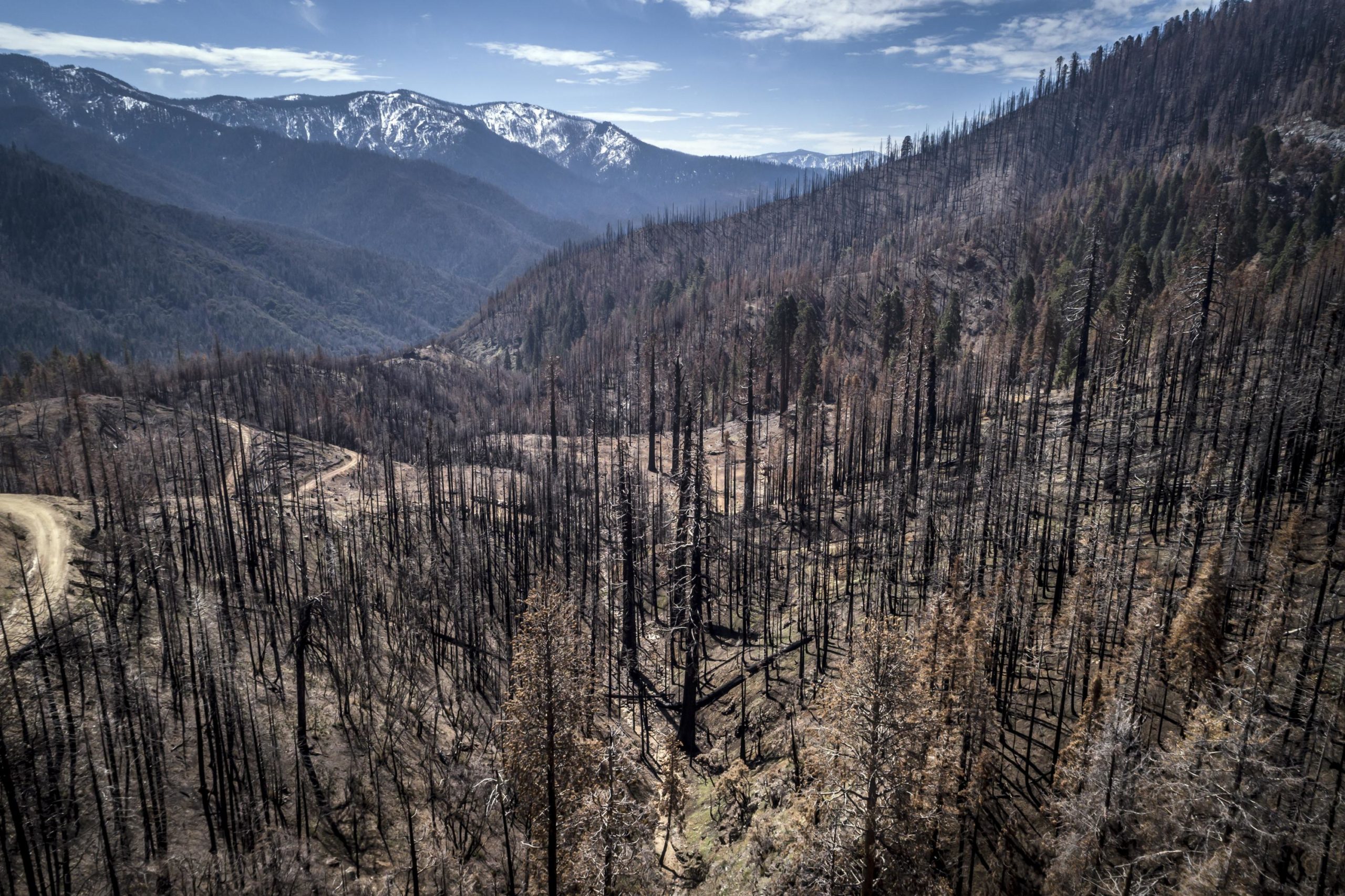 BILLINGS, Mont. On Monday, the Biden administration announced that it would plant trees in millions of acres of dead and burned woodlands to combat climate change.

Destructive fires in recent years that burned too hot for forests to quickly regrow have far outpaced the government’s capacity to replant trees. That’s created a backlog of 4. 1 million acres (1. 7 million hectares) in need of replanting, officials said.

The U.S. Agriculture Department said it will have to quadruple the number of tree seedlings produced by nurseries to get through the backlog and meet future needs. That comes after Congress last year passed bipartisan legislation directing the Forest Service to plant 1. 2 billion trees over the next decade and after President Joe Biden in April ordered the agency to make the nation’s forests more resilient as the globe gets hotter. Much of the Administration’s larger agenda for tackling climate change is still stalled due to disagreement in Congress where Democrats have a slim majority. That’s left officials to pursue a more piecemeal approach with incremental measures such as Monday’s announcement, while the administration considers whether to declare a climate emergency that could open the door to more aggressive executive branch actions.

To erase the backlog of decimated forest acreage, the Forest Service plans over the next couple years to scale up work from about 60,000 acres (24,000 hectares) replanted last year to about 400,000 acres (162,000 hectares) annually, officials said. Most of the work will be in western states where wildfires now occur year round.

” Our forests, rural communities and agriculture are interconnected across a common landscape, and their survival is in danger,” Tom Vilsack, Agriculture Secretary, stated during a statement to announce the plan for reforestation. “Only through bold, climate-smart actions … can we ensure their future.”

Almost 5. 6 million acres have burned so far in the U.S. this year, putting 2022 on pace to match or exceed the record-setting 2015 fire season, when 10. 1 million acres (4. 1 million hectares) burned. Many forests regenerate naturally after fires, but if the blazes get too intense they can leave behind barren landscapes that linger for decades before the trees come back.

The Forest Service this year is spending more than $100 million on reforestation work. Spending is expected to further increase in coming years, to as much as $260 million annually, under the sweeping federal infrastructure bill approved last year, agency officials said.

Some timber industry supporters were critical of last year’s reforesting legislation as insufficient to turn the tide on the scale of the wildfire problem. To thin overgrown stands from decades of suppression fires, they want to see more aggressive logging.

To prevent replanted areas from becoming similarly overgrown, practices are changing so reforested stands are less dense with trees and therefore less fire prone, said Joe Fargione, science director for North America at the Nature Conservancy. Fargione stated that the Forest Service still faces challenges in achieving its goal, including finding sufficient seeds and hiring workers to plant them. Many seedlings die from insects and drought before they reach maturity, which is exacerbated in part by climate change.

“You’ve got to be smart about where you plant,” Fargione said. “There are some places that the climate has already changed enough that it makes the probability of successfully reestablishing trees pretty low.”

Living trees are a major “sink” for carbon dioxide that’s driving climate change when it enters the atmosphere, Fargione said. It is crucial to replace those who die in order for climate change not get worse.

Congress in 1980 created a reforestation trust that had previously capped funding — which came from tariffs on timber products — at $30 million annually. That was enough money when the most significant need for reforestation came from logging, but has proven too little as the number of large, high intensity fires increases, officials said.

Insects, disease and timber harvests also contribute to the amount of land that needs reforestation work, but the vast majority comes from fires. In the past five years alone more than 5 million acres were severely burned.

The post US to plant more trees as climate change kills off forests appeared first on Associated Press.