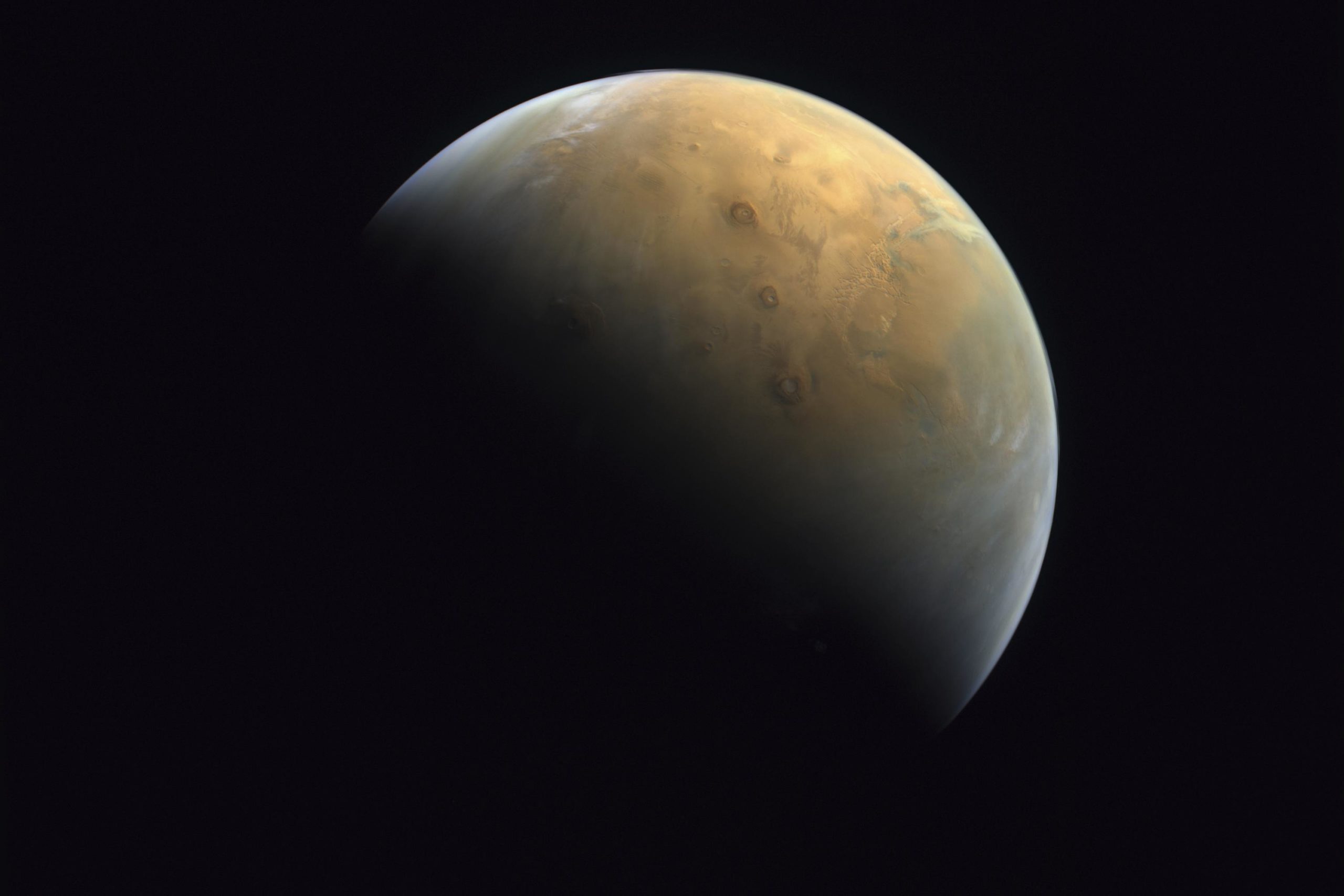 However, if these lifeforms existed they would have changed the environment so drastically that it triggered the Martian Ice Age. They then died.

The findings provide a bleak view of the ways of the cosmos. Life — even simple life like microbes — “might actually commonly cause its own demise,” said the study’s lead author, Boris Sauterey, now a post-doctoral researcher at Sorbonne University.

The results are “a little gloomy but I believe they’re also very stimulating.” He said via email. “They challenge us to rethink the way a biosphere and its planet interact.”

In a study in the journal Nature Astronomy, Sauterey and his team said they used climate and terrain models to evaluate the habitability of the Martian crust some 4 billion years ago when the red planet was thought to be flush with water and much more hospitable than today.

They surmised that hydrogen-gobbling, methane-producing microbes might have flourished just beneath the surface back then, with several inches (a few tens of centimeters) of dirt, more than enough to protect them against harsh incoming radiation. Anywhere free of ice on Mars could have been swarming with these organisms, according to Sauterey, just as they did on early Earth.

Early Mars’ presumably moist, warm climate, however, would have been jeopardized by so much hydrogen sucked out of the thin, carbon dioxide-rich atmosphere, Sauterey said. As temperatures plunged by nearly minus-400 degrees Fahrenheit (minus-200 degrees Celsius), any organisms at or near the surface likely would have buried deeper in an attempt to survive.

The researchers suggested that microbes living on Earth might have been able to maintain mild temperatures, thanks to the nitrogen-dominated atmosphere.

Pahlevan led a separate recent study suggesting Mars was born wet with warm oceans lasting millions of years. His team found that the atmosphere was dense, dominated by hydrogen, back in those days. This would have served as a heat-trapping greenhouse gaz, which eventually got transported higher and then lost to space.

The French study examined the effects on climate of microbes in Mars’ early atmosphere. It was not relevant to earlier periods, Pahlevan stated.

“What their study makes clear, however, is that if (this) life were present on Mars” during this earlier period, “they would have had a major influence on the prevailing climate,” he added in an email.

Where is the best place to find evidence of past life? French scientists suggest that the plain of Hellas Planita and Jezero Crater, on the northern edge Isidis Planita’s northwestern border, are the best places to look for traces. This is where NASA’s Perseverance Rover currently collects rocks in preparation for a return trip back to Earth within a decade.

Next on Sauterey’s to-do list: looking into the possibility that microbial life could still exist deep within Mars.

“Is Mars still inhabited by primitive microorganisms that descend from the biosphere’s primordial biosphere? He said. “If so, where?”