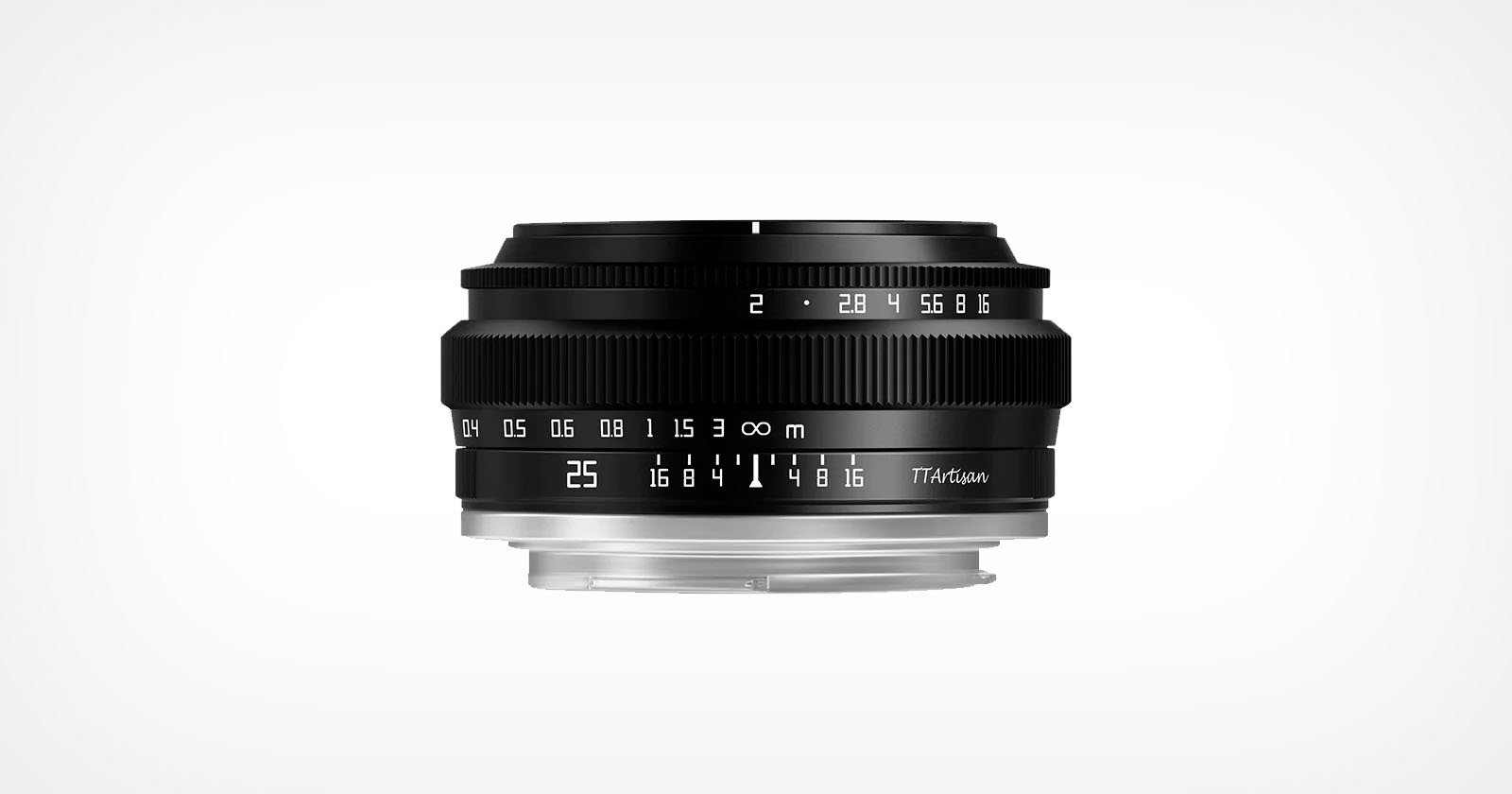 TTArtisan has announced a new 25mm f/2 lens for multiple APS-C mounts that costs a measly $55.

The company says that it is the “best budget lens” and is making it available for Sony E, Fujifilm X, EOS-M, Micro Four Thirds, Canon RF, Nikon Z, and Leica L mounts and is claiming a massive 95% off sale that makes the lens a very affordable $55. For some reason, TTArtisan thinks that it can claim this lens is worth $10,000 and is just significantly discounted.

At any rate, the company says it has an equivalent focal length to full-frame of 37. 5mm, which it says is “close to the natural field of human eyesight” and therefore meets the shooting needs of a variety of subjects. More specifically, it has an angle of view of 61-degrees. TTArtisan says the compact design improves its portability and makes it convenient for use every day.

It is made up of seven elements divided into five groups. This fully manual lens has no electronic connections to any cameras it’s intended to use. It features a front filter diameter of 43mm and the lens weighs “around 166 to 189 grams” which is a rather wide range, but that’s the best that TTArtisan can provide.

The lens is a relatively fast f/2 that TTArtisan says not only makes shooting in low light possible but also produces a “beautiful bokeh” in the out-of-focus areas. It has a full aperture range of f/2 through f/16 via a seven-bladed diaphragm which is, like the focus, fully manually controlled.

The 25mm f/2 has a close focusing distance of 0. 25 meters (about 9. 8 inches) that TTArtisan says makes it possible to shoot objects at a closer distance for showcasing detail.

Whether or not the $10,000 value on TTArtisan’s website is meant to be taken seriously, $55 for a compact lens with a maximum aperture of f/2 is a very good deal even if the lens doesn’t perform super well. For new photographers looking to experiment with a new lens, it is a very low barrier to entry at under $60.