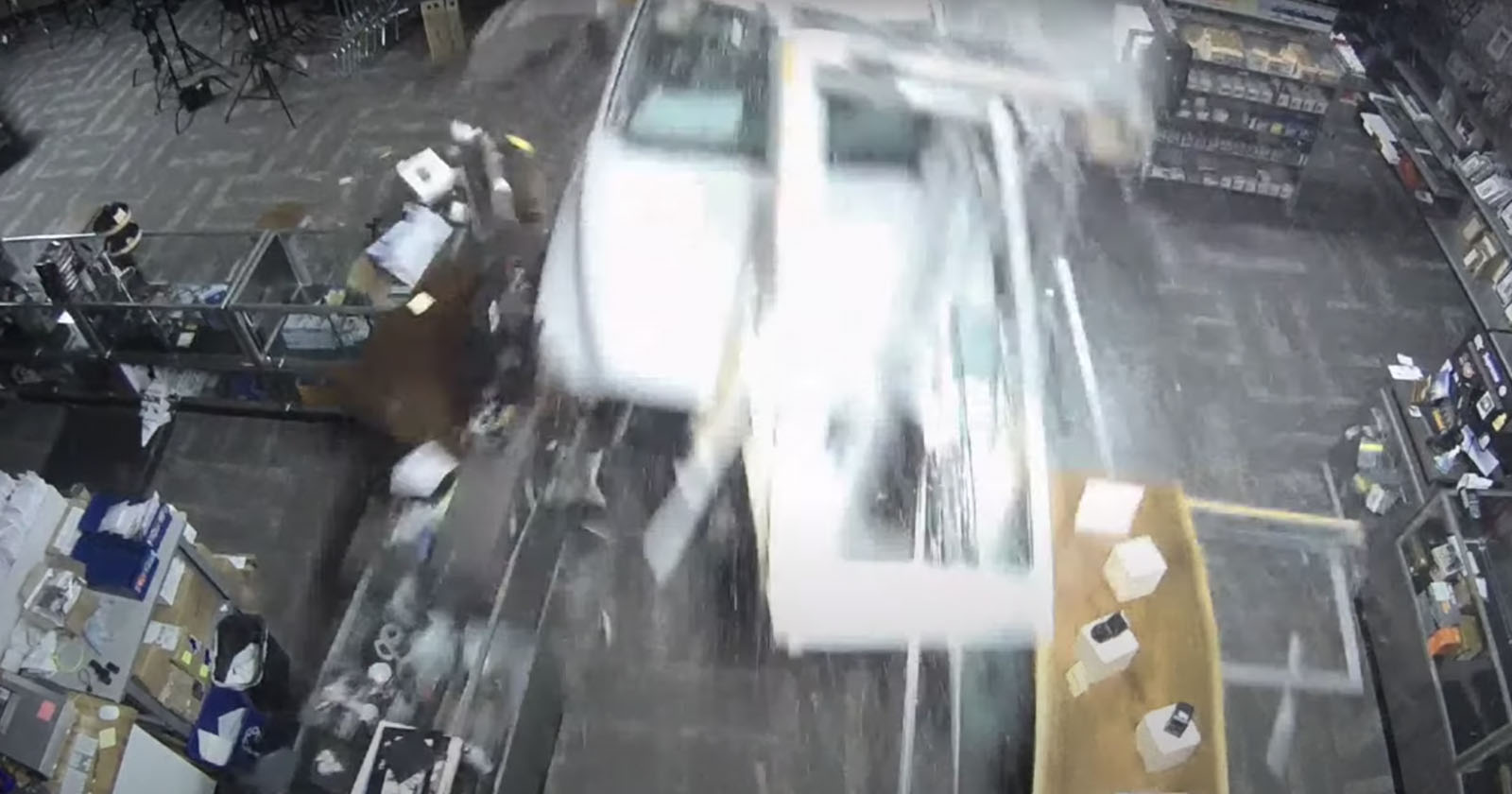 Midwest Photo was burglarized for a second time with surveillance video showing a truck crashing into the store.

The Columbus-based rental store and retail shop discovered that a truck carrying a utility vehicle had crashed through its front door on Friday morning. The alarm company alerted police to the break-in.

Shocking footage shows the truck accelerating at the entrance from the parking lot and further video taken from inside the shop shows it careering through expensive photo gear. In the final clip, a man leaps out of his vehicle holding a plastic bag in one hand.

Writing about the incident on the company’s Facebook page they wryly wrote: “Wow, what a weekend!”

“If you haven’t heard, we had a truck drive through our store early Friday morning,” the post reads.

We don’t want the focus to be on the destruction done but on the people who helped us put this place together and allowed us to open this weekend.

“We have been utterly overwhelmed at the outpouring of love the photo community has shown us over the past few days, and it’s been the power that has driven us forward from this to continue to serve Columbus. Thank you, thank you, thank you.”

Midest Photo owner Moishe Allepbaum tells WSYX that the store has suffered $100,000 worth of damage.

The crash occurred where the business typically does photo printing and a temporary entrance for customers has been put in place.

Back in 2017, PetaPixel reported on Midwest Photo’s previous burglary. Although, the first break-in was not as dramatic as a car crashing through the front door.

The burglars made an opening in the roof using a saw and then slid a pole into the stock area.

The entry was so stealthy that the perpetrators were able to stay long enough to steal hundreds of cameras, lenses, and photo accessories by Sony, Canon, Nikon, Tamron, Olympus, Panasonic, Hasselblad, and Sigma.