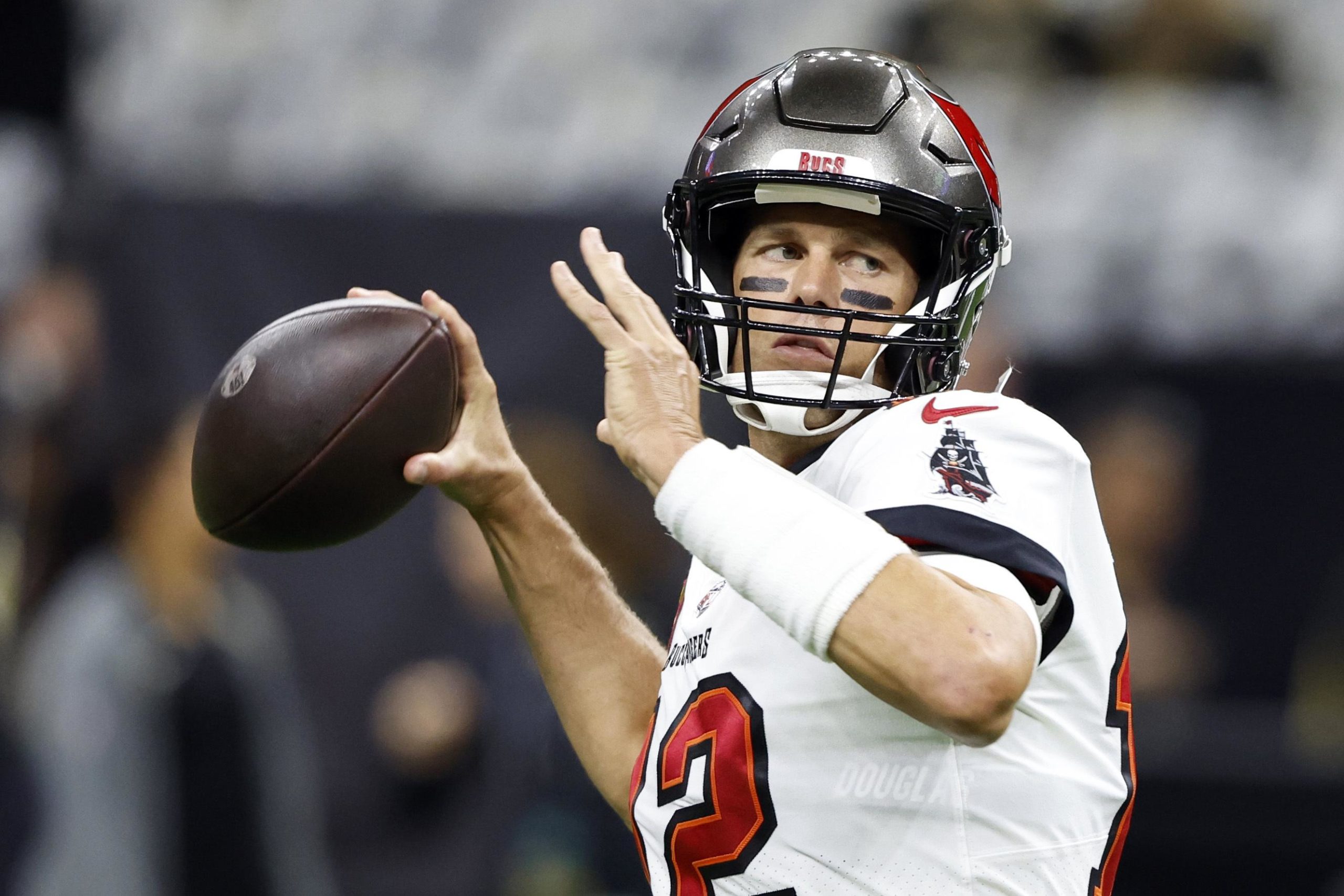 In some Tampa Bay-area schools, students use foam rollers and vibrating spheres to massage their muscles as they work toward goals for strength and flexibility. It’s all part of a new physical education curriculum from quarterback Tom Brady, whose vision for healthy living is fueling a fitness empire.

The arrangement with schools in Pinellas County, Florida, marks a foray into education for the Tampa Bay Buccaneers superstar and his methods — including some that have been criticized as pseudoscience.

Physical education experts have raised questions about the approach’s suitability for school-age children. But the program — and its connection with the seven-time Super Bowl champion — has stirred student interest in fitness and nutrition, others say.

“My legs are lot more loose, and they’re not so heavy on me,” said Antoine James, an eighth-grader. “It really helps.”

A pilot project has embedded parts of the program in gym and health courses in 10 middle and high schools in the 96,000-student district. The TB12 Foundation, the charitable arm of Brady’s fitness business, is picking up the tab to train district staff and provide them with equipment.

The marketing boost for TB12, of course, is free.

Adults who embrace the “TB12 Method,” as Brady described it in a 2017 book, can meet with a trainer for $200 an hour at one of his company’s training centers. His product line includes a plant-based protein powder, electrolytes and vibrating rollers that sell for $160.

“I’m sure one of the benefits is to help students get better exercise habits and physical fitness habits,” said Karen Rommelfanger, an adjunct professor of neurology and psychiatry at Emory University. “But does it also start to enroll another generation of consumers for their product?”

In Pinellas County, the plan is to expand to the rest of its middle and high schools next year. If all goes well, Brady’s foundation is looking to use the program as a model for other districts.

“Today we kind of focus on a little bit older client for the most part,” said Grant Shriver, president and CEO at TB12, where the average client is around 40. “This just kind of gives us a little bit of a vision of how we could go approach just more people.”

The TB12 Foundation’s first partnership in education started in 2020 with Brockton Public Schools in Massachusetts, where Brady played for the New England Patriots. TB12 took a dozen of the district’s athletes to its training center free of charge. That effort later expanded to Malden Public Schools, also in the Boston area.

“I grew up where you lifted heavy weights and, you know, you gauge strength by how much you could bench press and how much you can squat. And this is completely different,” said Brockton Public Schools Athletic Director Kevin Karo. His district is now contracting to use some of the TB12 staff as strength and conditioning coaches for student-athletes.

Most of Brady’s advice is fairly mainstream, including an emphasis on a positive attitude, good nutrition and adequate sleep. But some of his guidance has faced skepticism. He famously attributed his propensity not to sunburn to his high water intake in his book. His trainer, Alex Guerrero, was investigated before joining Brady by the Federal Trade Commission over unsubstantiated claims that a supplement he promoted could cure concussions.

Brady, 45, describes his approach as a departure from the lift-heavy gym culture. He endorses instead exercise bands and something he calls “pliability,” which includes an emphasis on flexibility and massage.

“I feel like everything I’ve learned over the course of 23 years in football has and will allow me to continue to help people in different ways,” Brady said Thursday. “I think starting young is really important, educating people on what works as opposed to the way things have always been.”

Sports trainers have been moving toward a model that includes a mixture of strength training, flexibility and balance exercises, said Mike Fantigrassi, the senior director of product development for the National Academy of Sports Medicine, which certifies trainers. But he said he had concerns with the word “pliability” being taught in schools as though it was scientifically proven.

Brady is one of the world’s greatest athletes but does not have expertise in teaching children, said Terri Drain, a past president of the Society of Health and Physical Educators.

“I just am a little bit alarmed that a school district the size of this one would grab onto this celebrity program,” said Drain, who runs a nonprofit that provides professional development for health and physical education teachers.

On the diet front, Brady advises against foods in the nightshade family like peppers, tomatoes and eggplants because of inflammation concerns. Experts like Eric Rimm say a lot of Brady’s diet guidance is extreme and not backed by a “huge science base.”

Still, Rimm, a professor of epidemiology and nutrition at the Harvard School of Public Health, said there could be benefits.

“If you’re getting rid of the average eighth grade American’s diet and shifting to what he eats, yeah, that’s a lot healthier,” he said. “That’s fantastic.”

One upside is the Brady name makes students perk up in class, said Allison Swank, an eighth grade wellness teacher and a track coach in Pinellas County.

“They definitely know who he is and it’s exciting for them to be able to relate what we’re going to be doing to his program,” she said.

In pilot classes, students take baseline assessments to evaluate areas like their strength, conditioning and flexibility. They then set goals to pursue for improvement, said pre-K-12 health and physical education specialist Ashley Grimes.

She said districts around the county have reached out, asking what the program is about and if it’s something they could do, too.

The program doesn’t use Brady’s book as a textbook, stressed Ben Wieder, a member of the Pinellas Education Foundation, who uses TB12 himself and approached the foundation about bringing the program to the district.

“Tom Brady eats avocado ice cream. Like, we don’t teach eating avocado ice cream,” Wieder said. Most of the science-backed elements of the curriculum are in line with Florida education standards, he said. “I think if you were to go through the book. you’re probably talking 90, 95% of the content is universally accepted.”

The Associated Press education team receives support from the Carnegie Corporation of New York. The AP is solely responsible for all content.