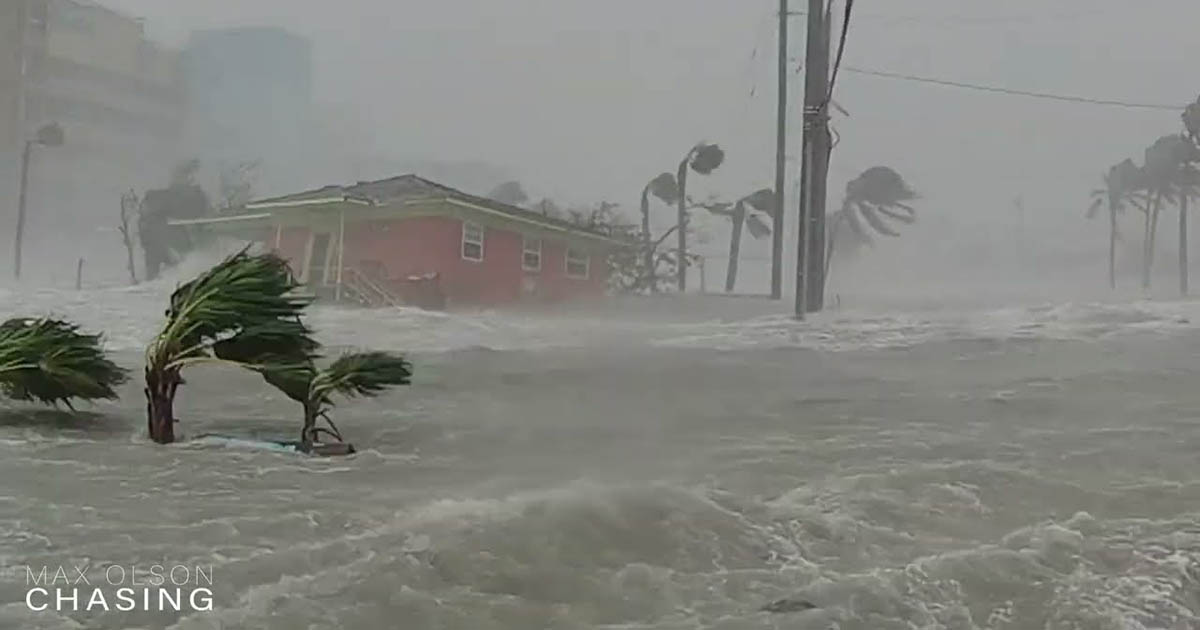 Terrifying footage of a home being washed away in Florida by Hurricane Ian has been captured by storm chaser Max Olson.

The 2. 5-minute video was captured by Olson’s storm probe in Fort Myers. It shows how quickly the water level rose during the storm surge and how easily the violent waves swept entire buildings away. The residential street appears more like an ocean than a city in the middle of the storm surge.

A family was reportedly in the house at the time and miraculously survived with just minor injuries. Olson says he has gotten in touch with the family, who have set up a GoFundMe page to get back on their feet after losing everything to the storm.

“We have confirmed via family that the people who were staying in this house at the time of the storm somehow were able to make it out alive even after floating away,” Olson writes on YouTube.

“[M]y brother Tod, his girlfriend Annette, and two dogs Jaxon and Roxie, were still inside their house when it started going down during Hurricane Ian,” writes Jon Pistone on the crowdfunding campaign. “Their house started filling up with water and started floating away. They had to tie themselves together, break out a window and jump out when the water started coming in, they held on to a tree, but my brother couldn’t hold on any longer.

“[H]is girlfriend and the two dogs held on to that tree for over 2 hours, but my brother got swept away, he was able to hold on to another house and break the window to get in. His girlfriend finally had to let go and they all somehow managed to survive WITH the two dogs.

“Unfortunately they lost everything they have, my brother and his girlfriend got pretty banged up and needed some stitches and medical help.”

Olson’s eye-opening video has so far racked up 1. 5 million views, it comes as the death toll from the Category 4 hurricane has risen to nearly 100 with rescue personnel continuing to search for survivors.

However, officials in the Sunshine State are coming under fire as critics allege that some hard-hit areas did not receive enough advance warning to evacuate.

President Joe Biden, the first lady, are scheduled to visit Florida Wednesday to assess the damage and to meet with officials and residents. The President visited Puerto Rico on Monday where he promised $60 million in aid to help the U.S. territory.

“We’re going to make sure you get every single dollar promised,” he said in the municipality of Ponce, parts of which were still without power.

As the death toll continues to climb, search and rescue efforts in hard-hit coastal areas are still ongoing. There have been numerous dramatic rescues and narrow escapes of seniors who were stranded as storm surges flooded their neighborhoods.

Ian ranks among the continental United States’ top 30 deadliest storms. It’s also the 11th storm in the past 22 years to claim more than 50 lives on the mainland.

Researchers predict that there will be more severe and deadly disasters because of the warmer ocean temperatures.

Disclaimer: Make sure you do your own research into any crowdfunding campaign you’re considering backing. While we aim to only share legitimate and trustworthy campaigns, there’s always a real chance with anything crowdfunding-related that something is not what it seems.