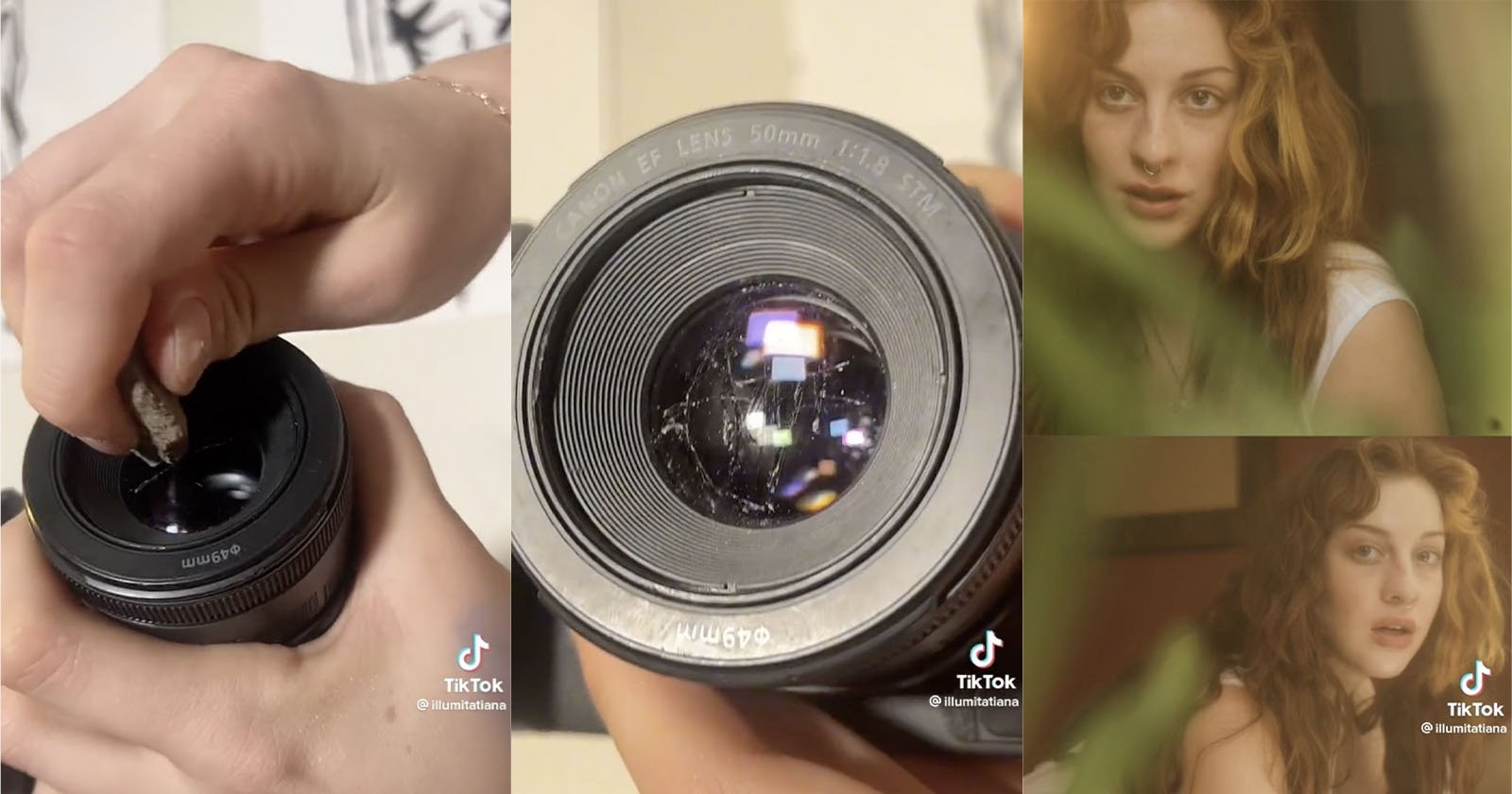 Some photographers on TikTok are trying an unconventional technique for unusual results: taking a rock to the front of their lenses, scratching the glass, and destroying them in the process.

Photographer Illumitati posted a video of her using a rock to mortally wound her Canon 50mm f/1. 8 in response to a viral video made by Andres Videography where he appeared to do the same to his lens. 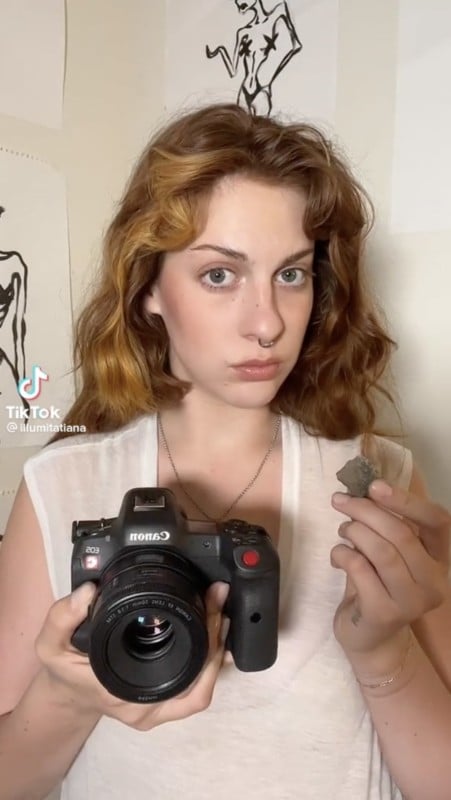 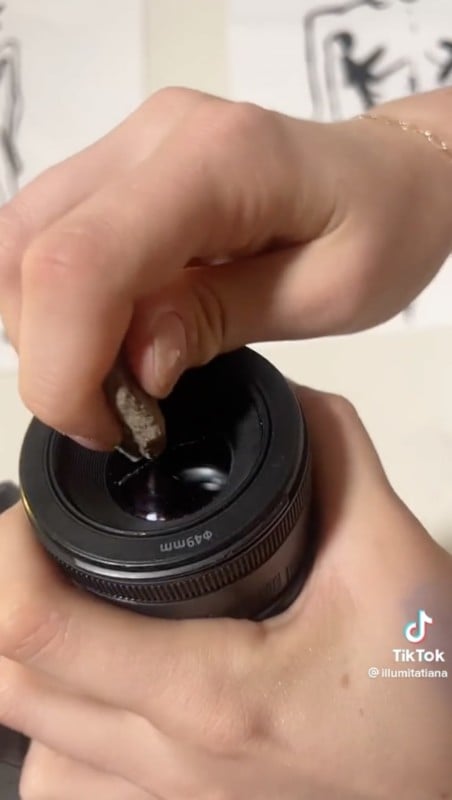 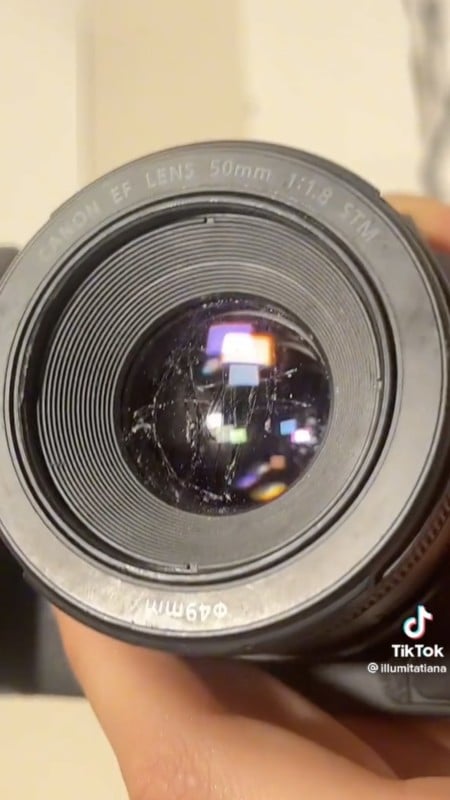 But in Illumitati’s case, she actually takes a rock to the front element of her 50mm. Speaking to PetaPixel she explains what happened.

“I saw another person do it with a filter, and my intrusive thoughts told me to try it on the lens for real,” she says.

This came up in my “for your page” and I have never laughed harder as a photographer,” Illumitati explains in her TikTok Video.

“But then I was so curious to see what a photo from that camera would look like I actually destroyed one of my lenses,” she continues. “Then I set it down and got ready to take a couple of portraits and to my surprise, it actually gave it this glow. I don’t recommend doing this to your lenses but hey, it’s kind of cool.” 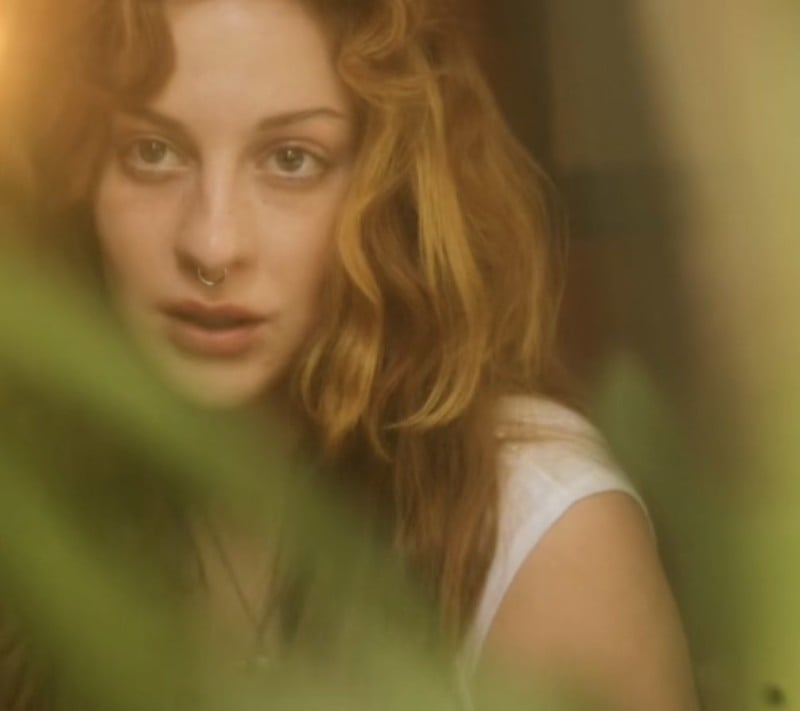 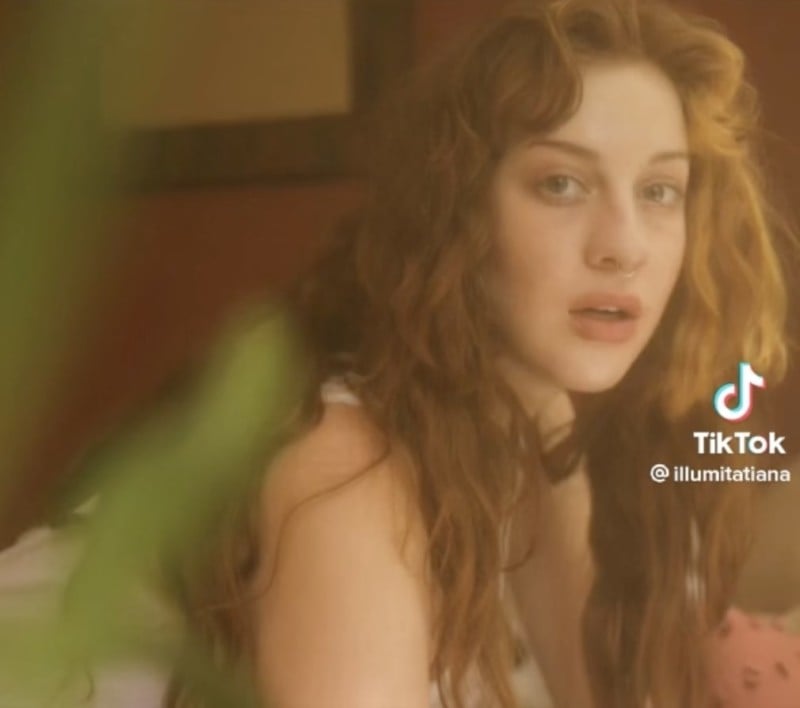 When asked by PetaPixel, the portrait and fashion photographer seemed to have no regrets over the video.

I scratched it and the photographs were not terrible. The lens is really not great in the first place so I don’t think I’d use it,” she says.

It’s not the first time TikTok photographers have shown off unusual techniques. Last month PetaPixel featured a photographer who uses ripped pantyhose for a soft-focus effect, and a wedding photographer who asked couples to act like they’re drunk while shooting pictures.

Image credits: All photos by Illumitati.