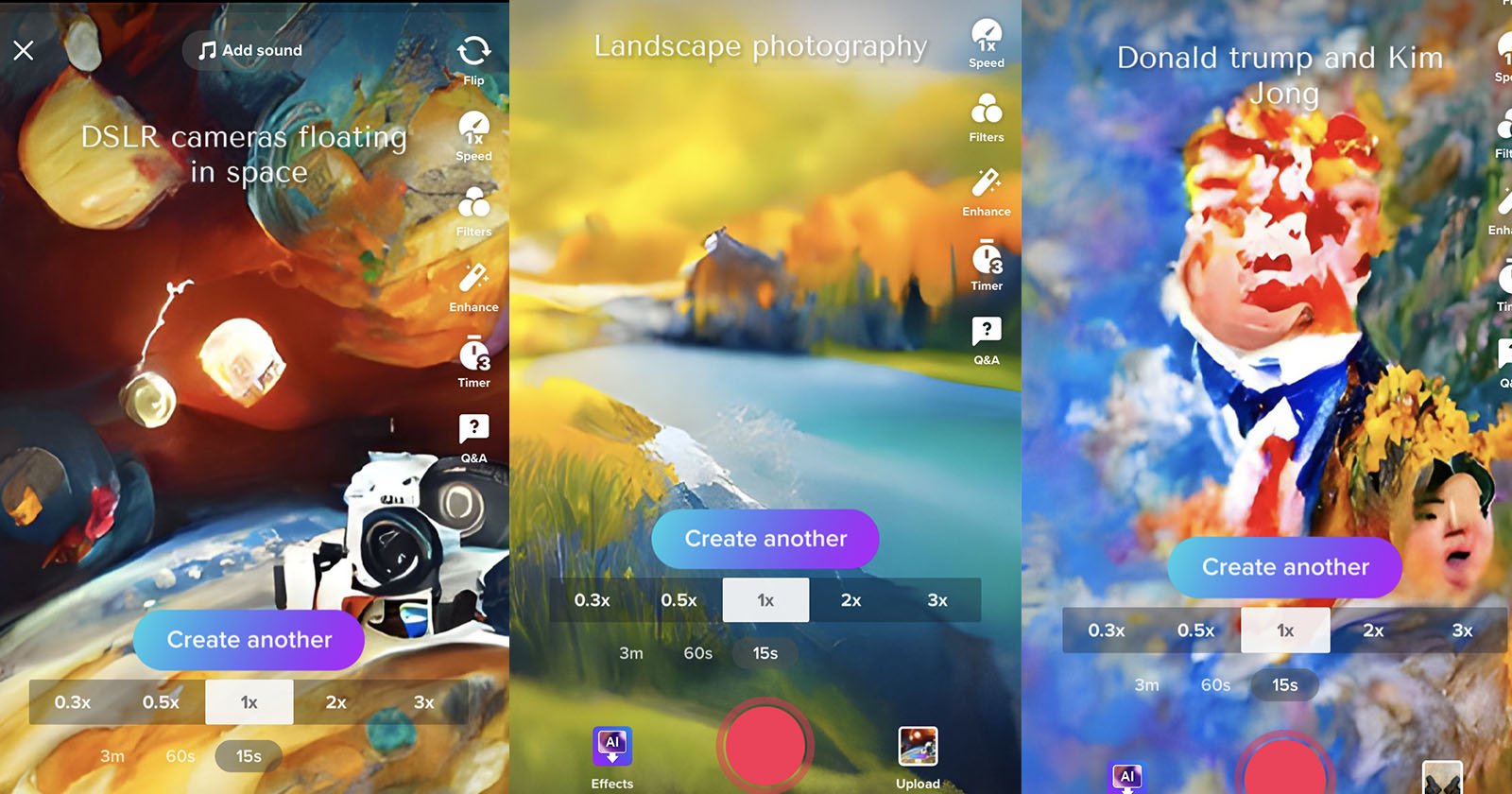 The text-to-image generator is a far cry from the likes of DALL-E 2 and Midjourney as it only appears to produce swirly, abstract images.

Training an AI creator takes a lot of computing power. The basic look of TikTok’s foray shows the difficulties of building an AI image service.

The app’s community guidelines ensure that any content created by the app is in line with these rudimentary features, which include those regarding violence and nudity. If TikTok’s model was as photorealistic as programs like Stable Diffusion, then users would be able to create distirubrng content. Which would be a disaster for an app that has a strong contingent of children using it.

As spotted by The Verge, the feature highlights the explosion in popularity that AI image generators has had.

TikTok appears to be the first major social media platform to incorporate something like this into its app. While Instagram is busy trying to copy the Chinese behemoth, TikTok is plowing its own furrow.

Given that DALL-E 2 and Imagen aren’t widely available yet, TikTok’s new effect offers an alternative for users who may never have tried an AI image generator before.

Most programs, including DALL-E, are still limiting who can use its software, made by OpenAI. While TikTok has over one billion monthly users and it is doubtful that many of them have tried to produce AI-generated art.

Machine-learning algorithms and artificially intelligent apps are all the rage and the trend shows no sign of abating as we drive further into 2022.

And earlier this month, PetaPixel reported on what engineers called MegaPortraits. Avatars that move high-resolution images created only from one image.

Many photographers wonder about the origins of all this. A world where AI software creates portraits that appear to be of real people. In the future, the role of photographer may change.