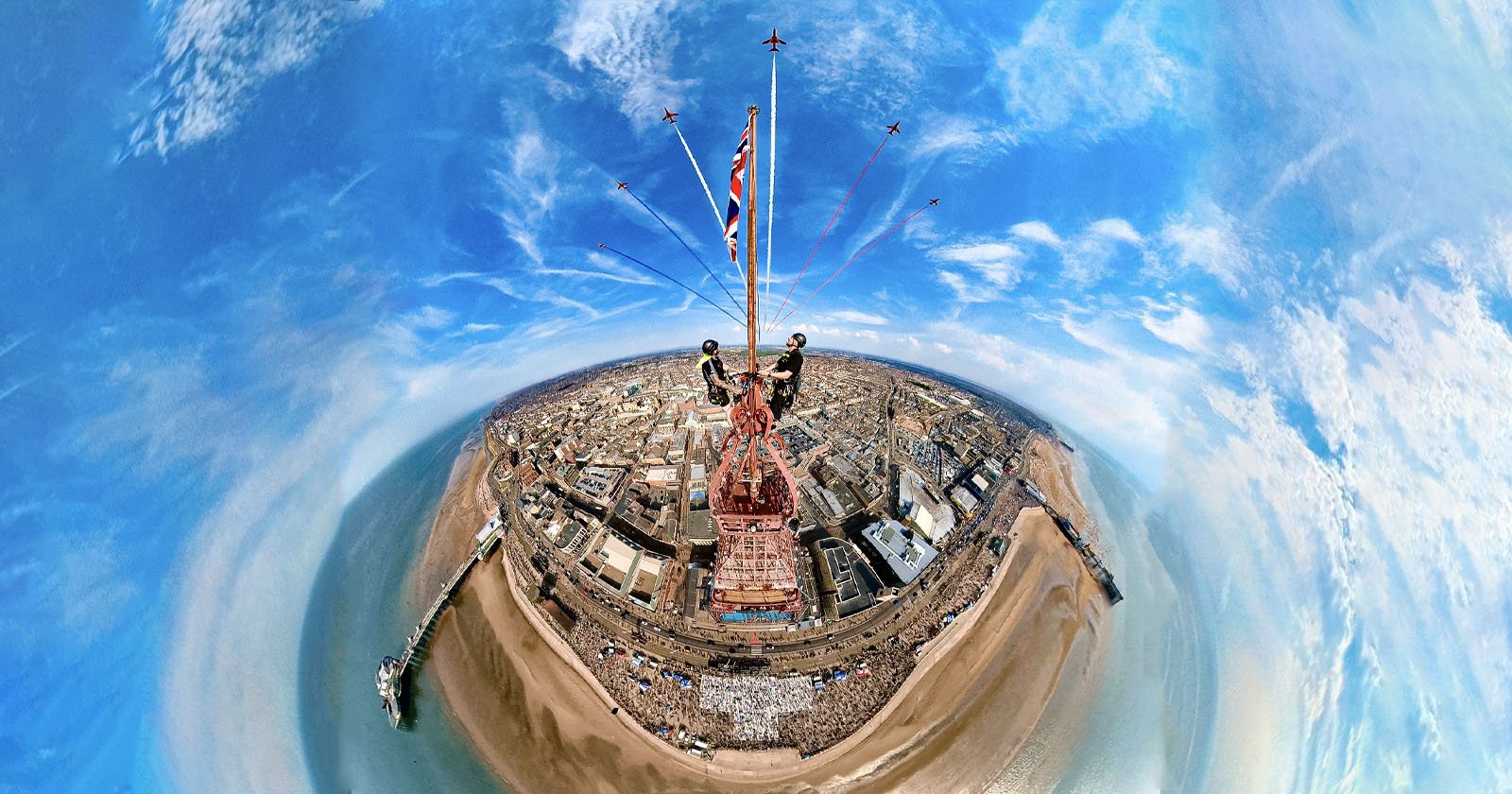 A trio of daredevils scaled Blackpool Tower in order to take a breathtaking selfie while the Royal Air Force (RAF) Red Arrow fighter planes flew past.

“It was an amazing opportunity to show our competence at working at height,” Edwards says.

” We had the most amazing seats to see and record the Red Arrows fly so close to this iconic landmark .”

As the use of drones is not permitted during air shows, Edwards captured the gravity-defying images using a 360-degree camera on a long carbon fiber pole that was tethered to him, creating the ultimate “selfie stick.”

It is unclear exactly which 360 camera Edwards used but it appears to be a GoPro Max. Although it gives off a drone effect, the selfie stick allows the camera to see all of the action, not just the one directly beneath.

” Drones were not allowed during the airshow so Edwards had to create his own “selfie stick” which was even more effective and let him see the action.

“It was an incredible and humble experience,” Edwards says. 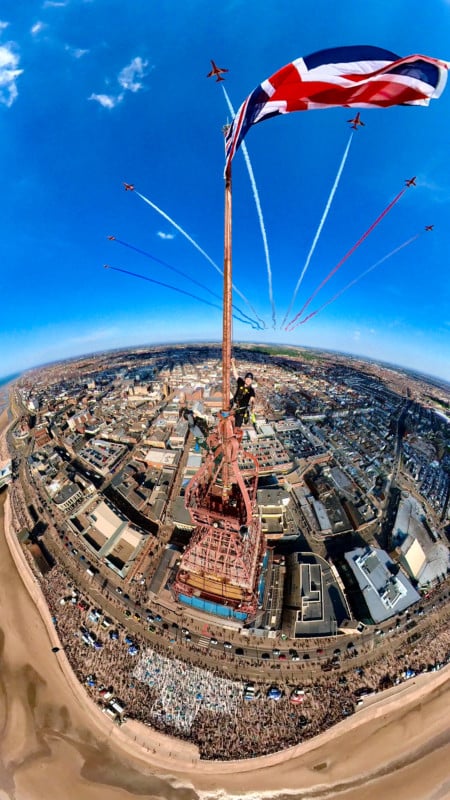 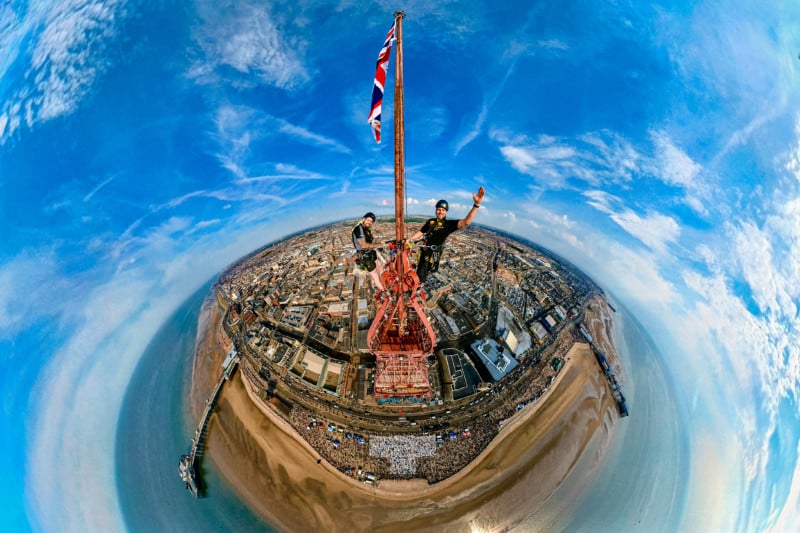 In this incredible selfie, daring photographers pose as the Red Arrows fly over Blackpool Tower with their distinctive red, white and blue smoke trails.

The Blackpool Airshow was held on August 13 and 14. The show returned after a two-year break because of the coronavirus pandemic, with the Red Arrows returning to Blackpool for the first time in four years.

A record 200,000 people turned out over the weekend event to watch the Red Arrows fly over the seafront, alongside breath-taking performances by the Typhoon display team, the Battle of Britain Memorial Flight, Chinook, Muscle Pitts stunt plane, Strikemaster, and the AeroSuperBatics Wingwalkers.