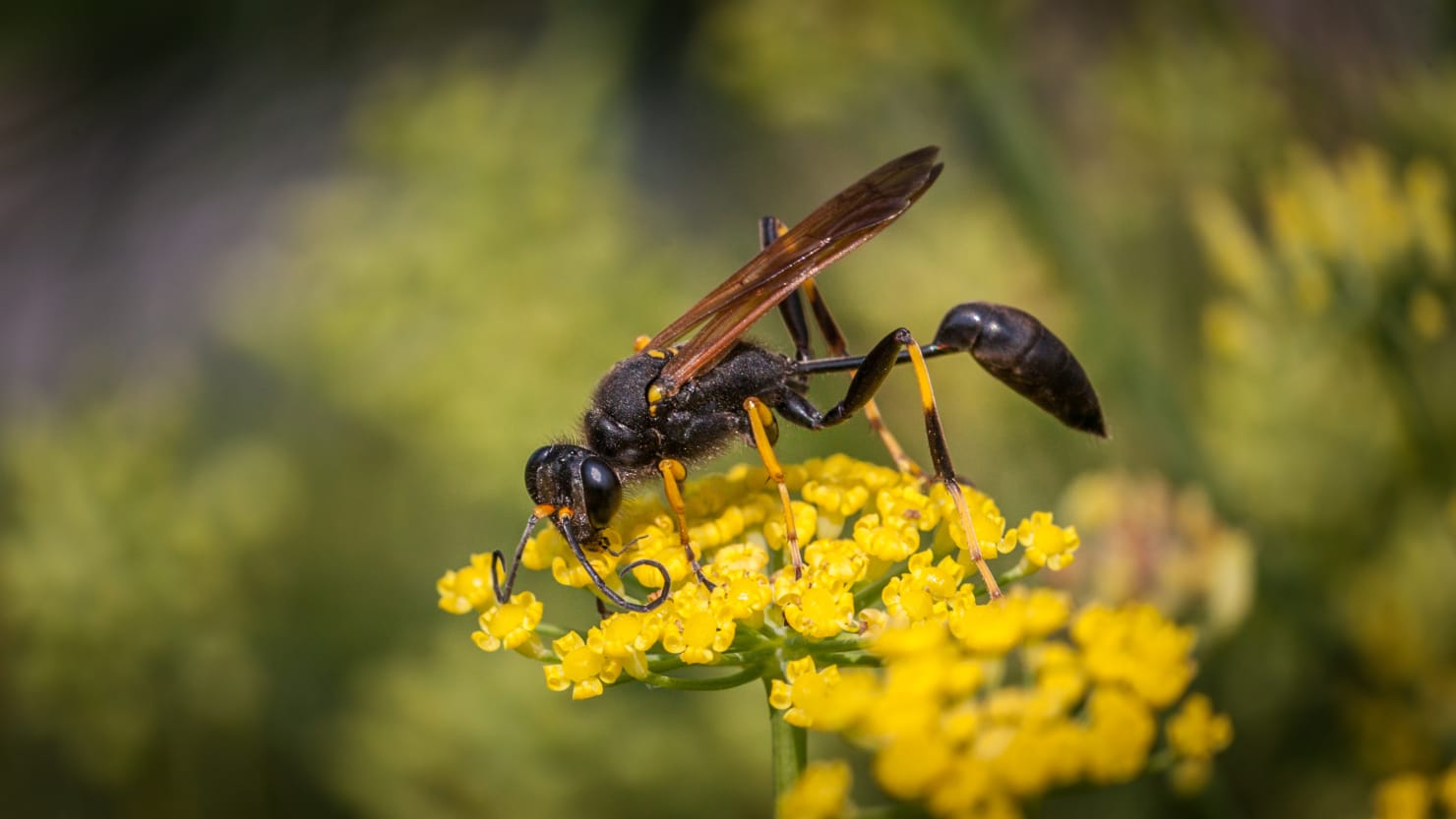 Nature is all about survival of the fittest. Creatures have to constantly adapt in order to live in a world filled with predators trying to kill them. This might mean growing hard shells like turtles and crabs, or developing camouflage like an octopus and lizards–and, occasionally, turning your genitals into a sharp spear to fight off predators.

Researchers at Kobe University in Japan published a paper on Dec. 19 in the journal Current Biology where they found that male mason wasps use their genitals to stab predators such as frogs in order to escape being eaten. The wasps’ members disturbingly have sharp spines on them that allow them to fight off any attackers. They don’t seem to be able to use their sharp spines on female wasps during mating.

Are you a weirdo who’s wondering what it looks like when a wasp uses its junk to fight a frog? This is your lucky day The findings are surprising for many reasons. For one, researchers previously thought that male wasps couldn’t sting to fight predators because they lacked stingers dubbed ovipositors, which female wasps use to lay eggs. However, the Kobe University ecologists discovered that the males wielded two sharp spines on its genitals after a co-author of the study was accidentally stung by an adult male mason wasp. This led them to suspect that they use their genitals for self-defense.

The study’s authors also pitted female wasps against the frogs, finding that while all the pond frogs attacked and ate the females, just 47. 1 percent of tree frogs attempted to attack the females and 87. 5 percent rejected them completely. Researchers found that male wasps are more effective at self defense than females.

This is yet another example of evolution at work to give unique ways to defend themselves against predators. However, it should be noted that humans shouldn’t do this to protect themselves from danger.