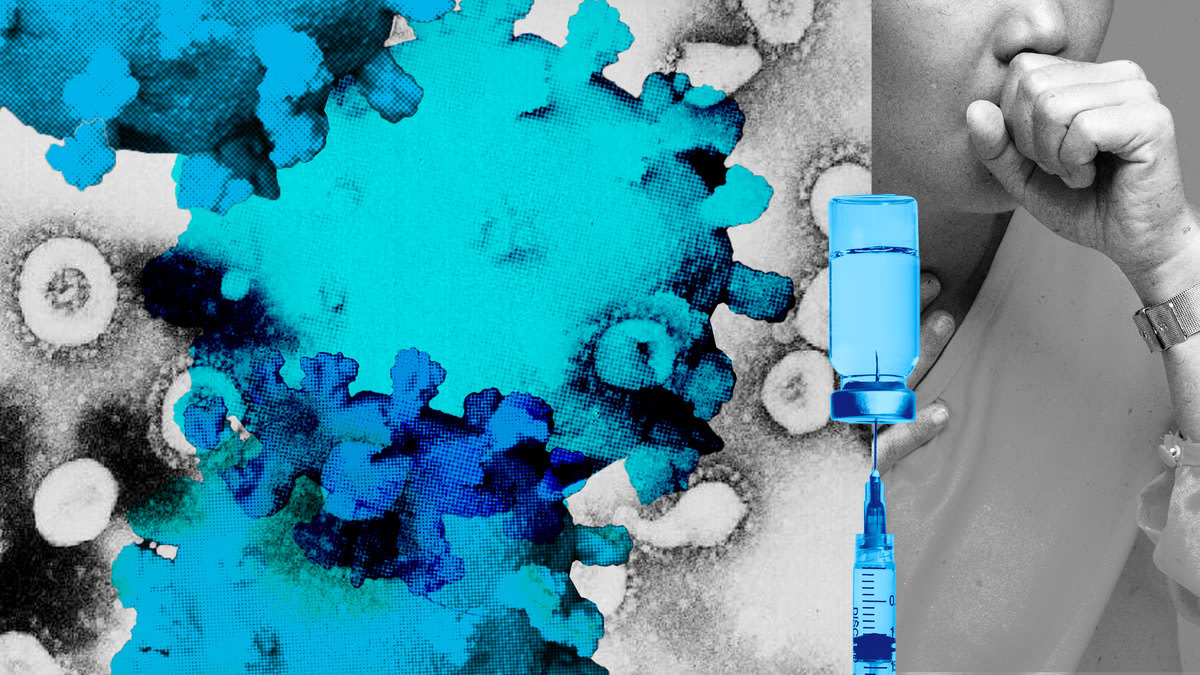 Dr. Marie Curie, arguably the greatest early 20th century scientist alongside Albert Einstein, famously said, “Nothing in life is to be feared, it is only to be understood.”

Such is the case with the new XBB.1. 5 subvariant now ascending in the United States. The strain is no harbinger of a new pandemic abyss, but does pose a greater threat than a slew of variants that preceded it. This strain could also be the one that bites Americans who failed to receive their bivalent or omicron-specific booster shots.

For the week ending Dec. 31, the CDC estimated that XBB.1. 5 accounted for 40 percent of all of the new COVID-19 cases in the United States. In the northeast, it comprised three-quarters of the cases.

This dominance is new–if not unprecedented. There have been many “scrabble” variations in recent months. They use scrabble letters with high-value letters like X, B and Q. The precursor to XBB.1. 5, known as XBB, was in an alphabet soup mix of BQ. 1, BQ.1. 1 and others.

But XBB.1. 5 gaining so much dominance is a departure from the trend. As that combination of scrabble variants collapse into a single wave of one dominant variant–in this case, XBB.1. 5–the wave could start to resemble previous and dangerous peaks such as the alpha wave that dominated in early 2021, delta during the last half of 2021, or BA. 1 omicron about a year ago. Those waves, of course, were associated with both huge numbers of cases and hospitalizations, as well as deaths. How did it happen? XBB.1. 5 combines some interesting properties. Like the other scrabble variants, it has mutations that cause the virus and its spike protein to partially escape the neutralizing antibodies created by exposure to past variants or the initial vaccines. The game-changer, however, is that XBB.1. 5 also has mutations, including one in the 486 amino acid position, to allow the virus to interact more with the ACE-2 receptor found in our cardiopulmonary system and adipose tissue. This second characteristic could make the virus more transmissible than the others and may explain its dominance. On Wednesday, the World Health Organization’s Dr. Maria Van Kerkhove was blunt in stating that XBB.1. 5 “is the most transmissible subvariant that has been detected yet.”

XBB.1. 5 is not necessarily more virulent–that is, inclined to cause serious illness–compared to other other scrabble variants. It is a double threat because it has the potential to partly escape from past immunity, whether due to infection or vaccination.

A big unknown is whether a potential XBB.1. 5 wave beginning in the Northeastern U.S. will start to resemble the horrible alpha wave in the winter of 2021 or the omicron BA. 1 wave in the winter of 2022. This is less likely given the fact that so many Americans by now have had a combination of COVID-19 immunizations and breakthrough infections, which produces varying degrees of broad virus protection. So, on a population basis, it is less likely we will see a wave as devastating as past ones in terms of hospitalizations and deaths.

Even though we won’t have as many deaths and hospitalizations on a population-based basis, they are both still increasing and could lead to a deadly and serious surge. Perhaps most important, any mitigating effects seen at a population level won’t necessarily help you at the individual level or in terms of your personal health decisions. It is imperative for you to get your bivalent booster to maximize the probability that you won’t become seriously ill with XBB.1. 5 COVID-19.

There are several pieces of evidence from early epidemiological studies or studies in the laboratory that point to the importance of getting your bivalent booster.

First, at the end of October, the CDC issued data showing that those who were vaccinated and received a bivalent booster had an 18. 6 times lower risk of dying from COVID-19 compared to those who were unvaccinated.

The death rates among those boosted with the bivalent booster look only slightly better than those who did not get the bivalent, and the studies were conducted before the widespread emergence of XBB.1.5. But there’s more.

CDC data shows (again, pre-XBB.1. 5) that among adults 65 and older, the bivalent booster dose “provided 73 percent additional protection against COVID-19 hospitalization” compared with those who received 2 or more doses of the mRNA vaccine made versus the original Chinese lineage. The bivalent booster also provided “additional protection against COVID-19-associated emergency department/urgent care encounters and hospitalizations in persons who previously received 2,3, or 4 monovalent vaccine doses,” according to the CDC.

The basis for these observations is under investigation. But one preliminary study published in late December in the New England Journal of Medicine suggested that those who received the bivalent booster were more likely to have virus antibodies that cross-neutralized the scrabble variants (including XBB) in the test tube. Although these studies need to be repeated specifically with XBB.1. 5, the data could mean you have a better chance at fighting off the XBB.1. 5 variant if you get the bivalent booster.

Unfortunately, XBB.1. 5 is still too new to have clinical data in-hand to show exactly what vaccines mean in terms of warding it off. At the Texas Children’s Hospital Center for Vaccine Development, we, like other groups, are scrambling to look at our own vaccine’s effects on XBB.1.5. However, the writing is on the wall here–boosting is your best bet at protecting yourself and your loved ones.

This is a problem when so few Americans are accepting the bivalent booster–according to the CDC, only 15 percent of those aged 5 or older have gotten it. As a result, many vulnerable Americans may require hospitalization this winter. It is an unforced mistake of monumental proportions.

It remains to be seen if a new bivalent or trivalent vaccine that includes an mRNA specifically targeting XBB.1. 5 will become available; it does seem increasingly inevitable that regular booster shots are in Americans’ future. But the bottom line is: Don’t wait–get your bivalent booster now if you haven’t so far.

I am hearing from family and colleagues who came down with breakthrough COVID infections in the weeks following their bivalent; all of them have been mild infections. As the CDC presents additional data following the emergence of XBB.1. 5, I suspect that it will become even clearer that the booster can keep this menace at bay.

The post This New Variant Could Make You Pay for Skipping the Booster appeared first on The Daily Beast.