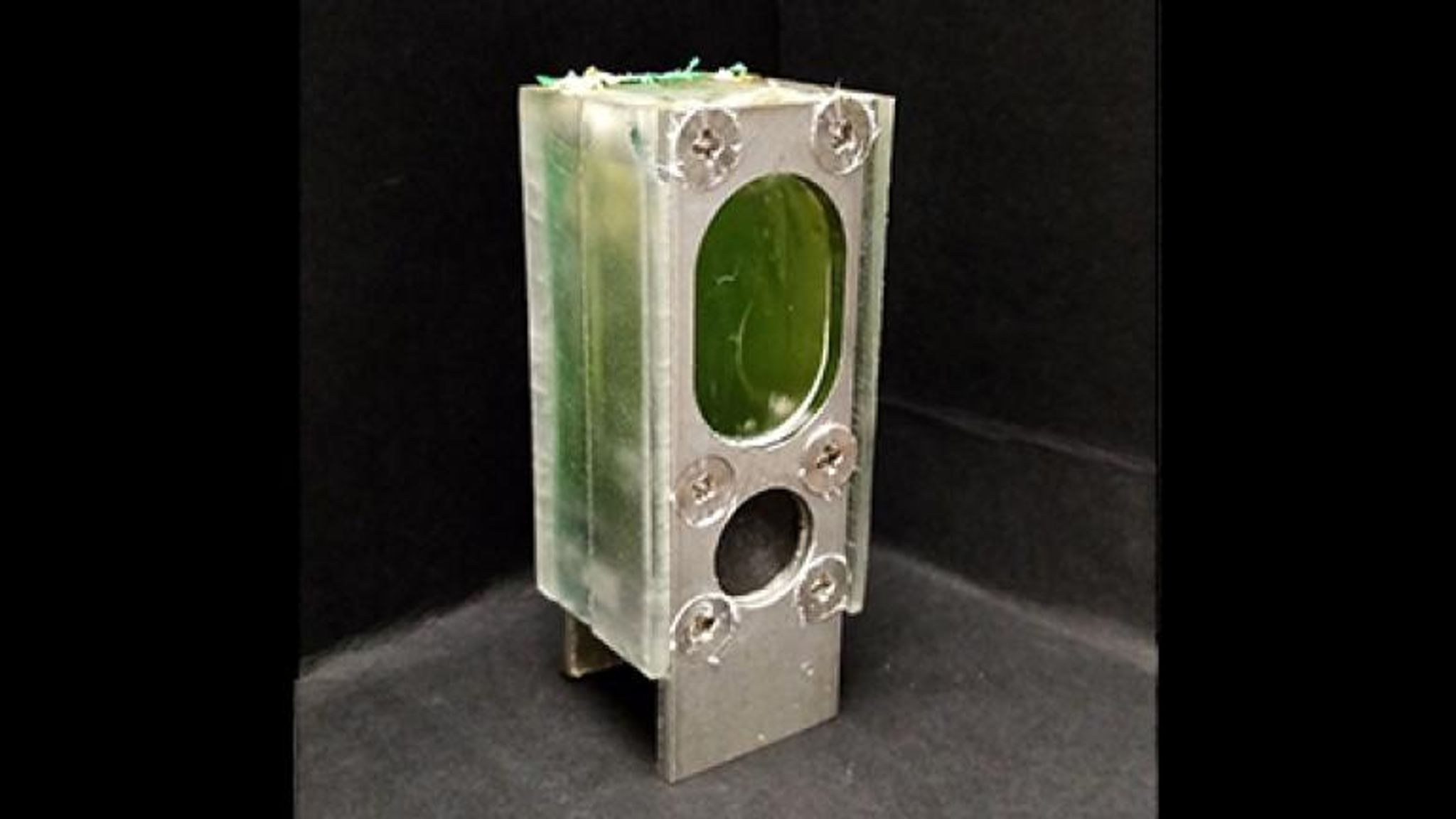 A group of researchers powered a computer for more than six months using photosynthesis. The system used a small container of blue-green algae to generate power. It was placed on a windowsill for six months during the covid-19 lockdown in 2021. During that time, it provided continuous photosynthetic power to a computer running an Arm microprocessor.

The research was led by Christopher Howe at the University of Cambridge. Howe, along with his colleagues, built a small container roughly the size of an AA battery. They made the battery out of aluminum and clear plastic. After creating it, they placed a colony of cyanobacteria called Synechocystis sp. PCC 6803 into the battery.

More commonly known as “blue-green algae”, the cyanobacteria produce oxygen when it is exposed to sunlight using photosynthesis. The researchers used this process to harness photosynthetic power. That power then provided a continuous current across its anode and cathode, delivering the energy to an Arm processor.

The system overall seems very basic, but it’s proof that batteries utilizing photosynthetic power could be used in electronics. To test the overall capacity of the battery, the researchers programmed the computer to run for 45-minute cycles. During those cycles, the computer calculated sums of consecutive integers to simulate its workload.

The computer required around 0.3 microwatts of power during those cycles. It would then sit in standby for 15 minutes, using around 0.24 microwatts of power. Surprisingly, the photosynthetic power ran for the entire six months without any interruption. Additionally, it continued to run for another six months after the experiment ended.

The researchers aren’t exactly sure what the source of the photosynthetic power is. Howe says it is possible that the cyanobacteria produce electrons themselves. This then creates the current.

Howe believes they could scale it up even more, too. This would allow photosynthetic power to provide energy for a multitude of devices. However, he says that we need to do further research into the topic to see how far we can scale it.

The researchers believe that we could create similar photosynthetic batteries very cheaply. They also believe that we could see commercial possibilities within the next five years. Previously, similar research has allowed us to harness sunlight for a number of experiments, including turning sunlight and water into fuel.

The post This computer ran for 6 months powered by nothing but algae appeared first on BGR.