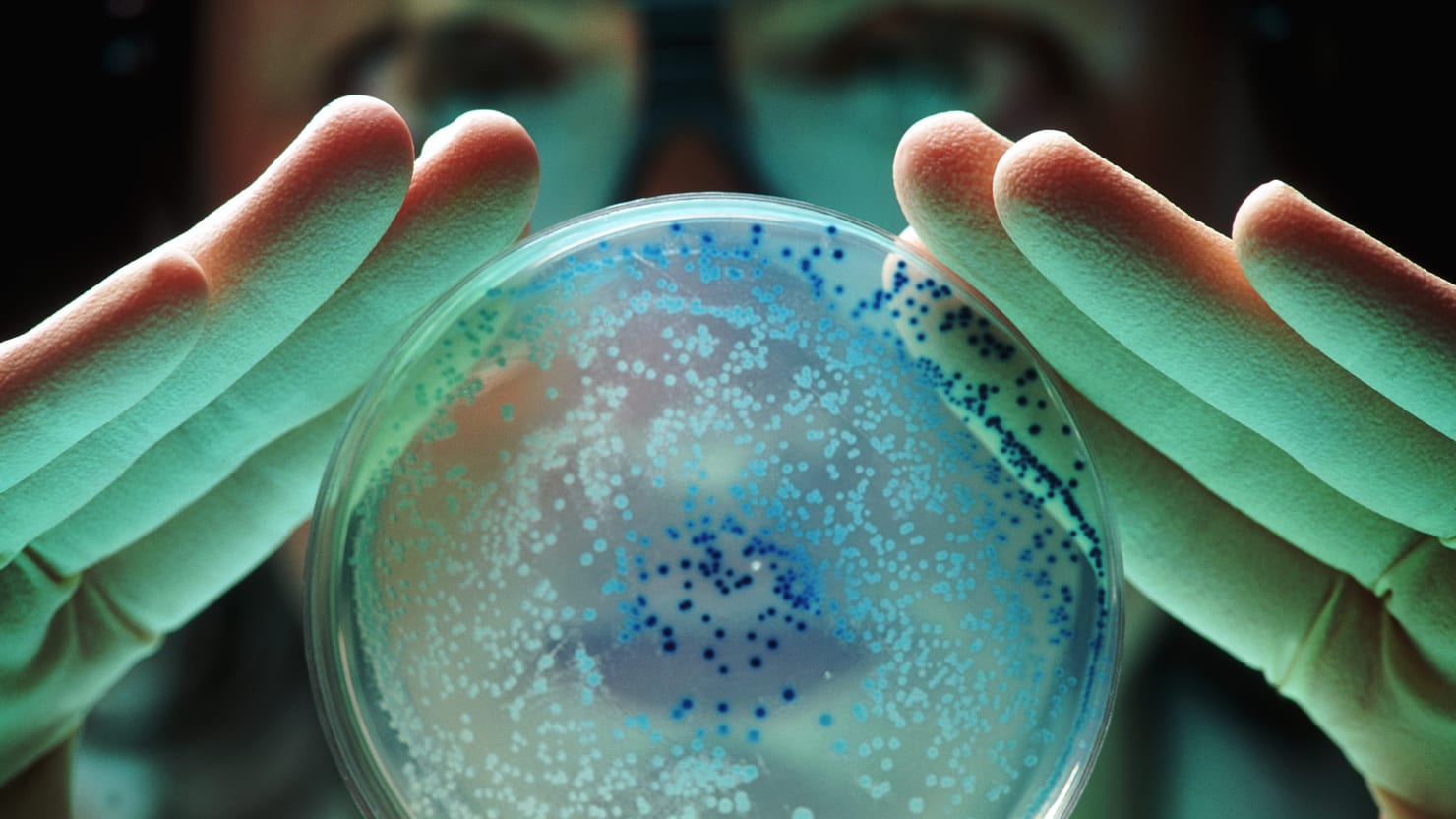 When faced with danger, it’s good to be a bacterium. These single-celled organisms have arguably the best way of protecting themselves against hostile conditions: “Playing dead” on the molecular level.

They do this by forming spores, which are thick-walled, round or oval structures that don’t eat, grow, or reproduce but can survive extreme temperatures and high levels of disinfectants. Scientists refer to spores as dormant, but by all metrics, they’re nonliving.

“If you could take them to the hospital and hook them up to some equipment to determine if they’re living or dead, you would pronounce them dead because there’s nothing to measure,” Gürol Suel, a molecular biophysicist at UC San Diego, told The Daily Beast. “They seem to be doing nothing that you would typically associate with living cells.”

Suel and his lab study how spores can go from flatlining to fully revived in a friendly environment. On Friday, they published a surprising discovery in Science: These dormant cells can “count” pulses of beneficial conditions and reactivate once a certain threshold is met. These findings shift our understanding of bacterial spores and can even inform how researchers classify and attempt to resurrect ancient life forms they may find on Mars or other planets.

“If we find any signs of life, it’s not going to be a little green man walking around, it’s probably going to be something like a bacteria.”

Suel and his colleagues wanted to see what it would take to reactivate spores of Bacillus subtilis, a common bacteria. But instead of immersing them in nutrients, the researchers gave thousands of spores short pulses of amino acids—which they love to eat—then quickly took them away.

“We just tickled them, so to speak,” he said. “And what we noticed is that every time we did this, somehow something changed in the spores because their propensity to then return to life increased with each of these pulses that we gave them.”

Spores that come back to life undergo a process called germination. Suel found that the percentage of spores that germinated increased after each pulse of amino acids, even though the pulses themselves were identical. In essence, it looked like they were counting the number of pulses to inform their reactivation, something they’d never been observed to do before.

How could the “dead” bacterial cells be counting these stimuli? Suel and his team narrowed in on pathways that they’d studied before called potassium ion channels, which alive bacteria use to communicate in much the same way that animals’ neurons coordinate behaviors. They found that dormant spores still brought in and spit out potassium ions without using up energy as a way to sense their environment and awaken from dormancy.

When a spore’s internal levels of potassium decreased to a certain threshold, it would begin to germinate, the researchers reasoned. Indeed, when they engineered spores to not bring potassium ions into the cells, the spores required fewer nutrient pulses to reactivate.

With this information, Suel said that astrobiologists searching for extraterrestrial life on planets like Mars should start thinking about what they would do if they found dormant organisms. If they have the organelles to metabolize certain nutrients, reactivating these cells could require pulses rather than a steady stream of food like amino acids. At the very least, researchers should not throw in the towel after one try.

“If we find any signs of life, it’s not going to be a little green man walking around, it’s probably going to be something like a bacteria,” Suel said. “Since Mars hasn’t been a hospitable environment for millions of years, it’s likely to be similar to a bacterial spore.”

Traditional scientific methods of culturing organisms may not work on these dormant organisms, and researchers may not have unlimited tries to grow what they recover because of environmental conditions that degrade the already ancient and fragile cells. As such, it’s important that scientists think about these challenges now and even design specialized equipment to pulse dormant organisms to germination so they won’t waste precious time in the future, Suel added.

Next, his team is looking at whether other members of the Bacillus family sense their environment with potassium ion channels, which he hopes will inspire further speculation and jumping-off points for researchers in unrelated fields.

“What we’re seeing is that even in an extremely dormant state, in which they can reside for thousands of years, the bacteria can still sense and do calculations,” he said. “I think that’s a very interesting perspective: What would we do if we found something on another planet? How would we decide if it’s still capable of being resurrected? And how would we even design experiments to measure it?”

The post These Undead Bacterial Cells Might Help Us Wake Up Extraterrestrial Life appeared first on The Daily Beast.