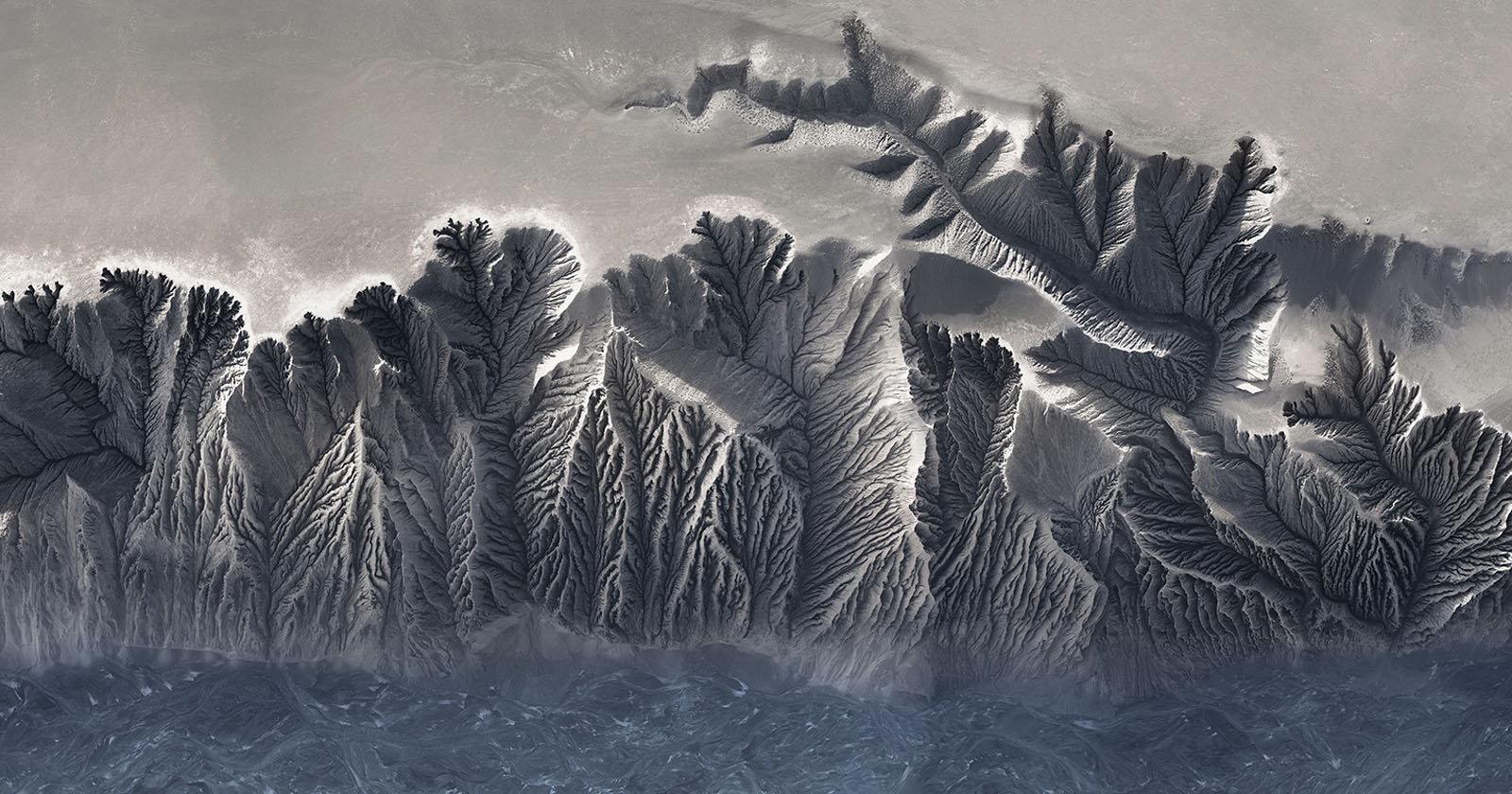 The winners of the 2022 Epson International Pano Awards have been announced and photographer Jinyi He took top honors with a set of images that capture some of the lesser-known landscapes of China.

The photo above was taken by He. It was also named as the best overall winning panoramic. It depicts the Dushanzi Grand Canyon in Xianjiang, what the photographer describes as a geological wonder.

“For tens of millions of years, the melting snow water of Tianshan Glacier has torn open the chest of the vast Gobi like a Hummer and formed this natural landscape under the movement of the Earth’s crust and the erosion of wind and rain,” He says.

“The Vein is stitched by 40 photos. I operated my drone to capture these 90 degrees aerial view photos at 40 appropriate points (five rows and eight columns) of the canyon in order to get whole canyon aerial view. Nature is an artist, and it reminds me of an abstract painting.”

“May is the blooming season in Xinjiang. This paradise was discovered by a local shepherd. After I set up my tripod, I was waiting for the wind stop and the sun to rise. When the sky colour turned to purple and the snowy mountains were getting bright gradually, I began capturing this beautiful scenery with my Fuji GFX100s Finally, I captured 48 photos to create this work. Each four photos were used in focus stacking in one frame, then I stitched these 12 images to get this one panorama photo,” He explains.

“[Rainbow Canyon] was taken in Tianshan stone forest which is located in the west of the Tishan mountains. A rainbow appeared in the sky this morning and the stone forest rose up under the dark clouds like mushrooms. I was amazed by this beautiful scenery and set up my camera as the light went on the stone forest through these clouds.”

Below are a few other top-honored images from the competition, the rest of which can be seen on the Epson International Pano Awards 2022 website.

This year the competition says it received 4,129 entries from 1,197 professional and amateur photographers in 98 countries – all of whom were competing for thousands of dollars cash and prizes with main sponsor Epson Australia alone providing prizes that included an Epson SureColor P7070 printer, an Epson SureColor P5070 printer and an Epson EB-1795F ultra-slim projector.

Image credits: All photos are individually credited and provided courtesy of the Epson International Pano Awards.