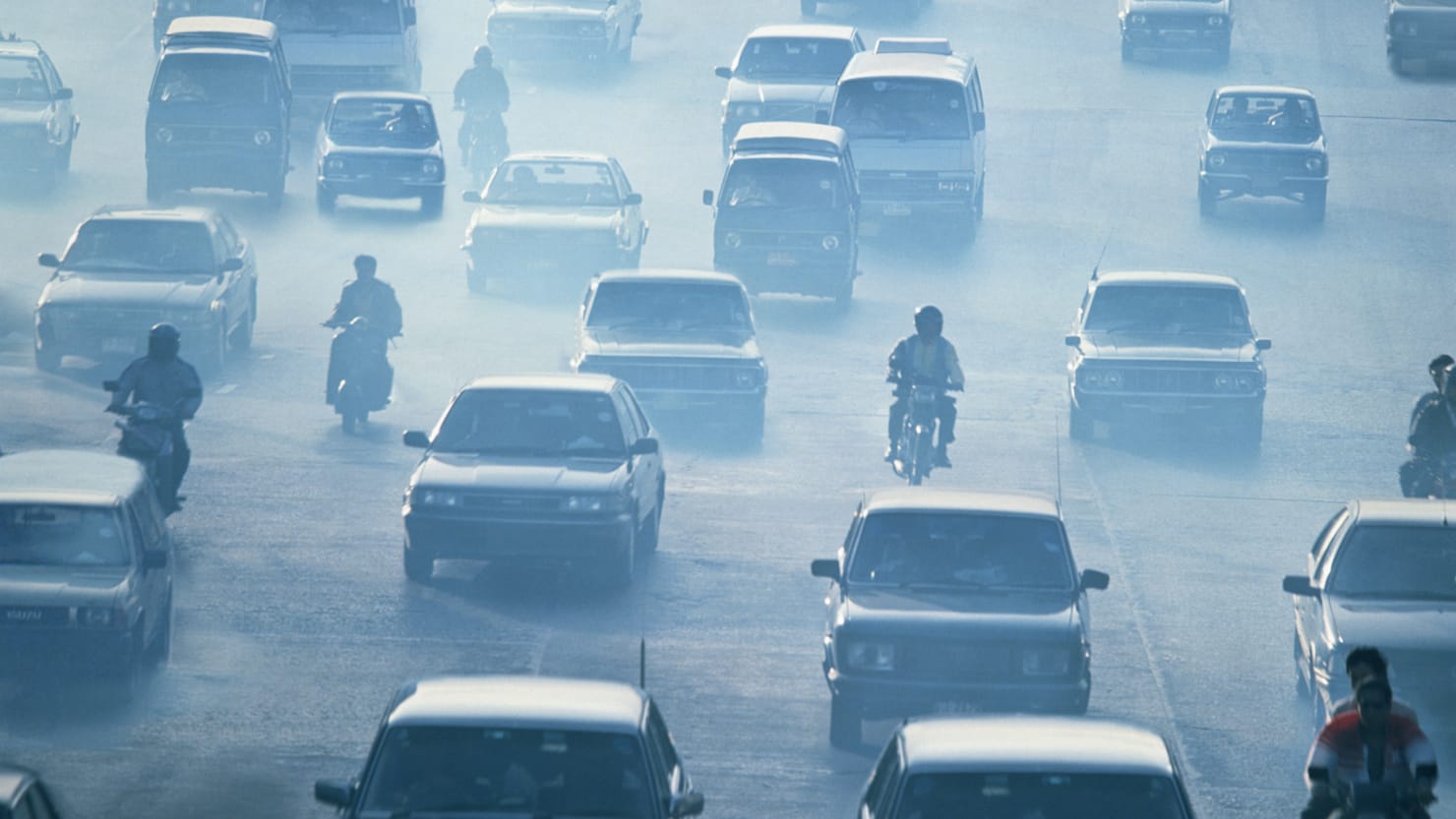 Air pollution caused by traffic can leave your health feeling like it was hit by a car–causing and worsening problems like asthma, allergies, and respiratory diseases like bronchitis and COVID-19. A new study suggests that traffic pollution may be linked to dementia.

A meta-analysis published Wednesday in the paper Neurology found that people who lived in areas with higher rates of traffic pollution had an increased risk of dementia. While the link doesn’t conclusively prove that the pollution causes the neurodegenerative condition, the study’s authors do note that people should reduce their exposure to bad air.

“Since a report by the World Health Organization showed that more than 90 percent of the world’s population lives in areas with higher than recommended levels of air pollution, our results provide more evidence for enforcing regulations for air quality and accelerating the transition from fossil fuels to sustainable energies,” Ehsan Abolhasani, a neuroscientist at McGill University and co-author of the study, said in a press release.

The paper’s authors looked at 17 studies with more than 91 million people over the age of 40. Around 5. 5 million developed dementia. Researchers compared the rates of exposure to air pollution for people with and without dementia. They found that the elderly lived in places with lower levels of pollution than the ones with dementia. On top of that, they discovered that the risk of developing the condition increased by 3 percent for every microgram per cubic meter of fine particulate matter in their air.

While troubling, it’s worth noting again that this is just showing a correlation between traffic pollution and dementia. Although the meta-analysis was adjusted to account for dementia risk factors such as smoking and age, it could be that other drivers, such as diet, are also involved.

It also doesn’t help that the amount of people developing dementia is growing each year. In fact, one study found that rates of dementia might triple by 2050. (To be fair, that could also be largely attributed to the fact that the world’s population is growing and, therefore, will get older. )

Still, the paper underscores something we’ve known for many decades: traffic pollution is bad and can cause a ton of health issues–many of which we’re just starting to learn more about. To that end, the paper’s authors say that more analysis is needed to fully understand the link between traffic pollution and dementia.

“[Our] hope is these findings empower people to take an active role in reducing their exposure to pollution,” Abolhasani said. “By understanding the risk of dementia through exposure to air pollution, people can take steps to reduce their exposure such as using sustainable energy, choosing to live in areas with lower levels of pollution and advocating for reduced traffic pollution in residential areas.”

The post There’s a Horrifying Link Between Dementia and Car Pollution appeared first on The Daily Beast.