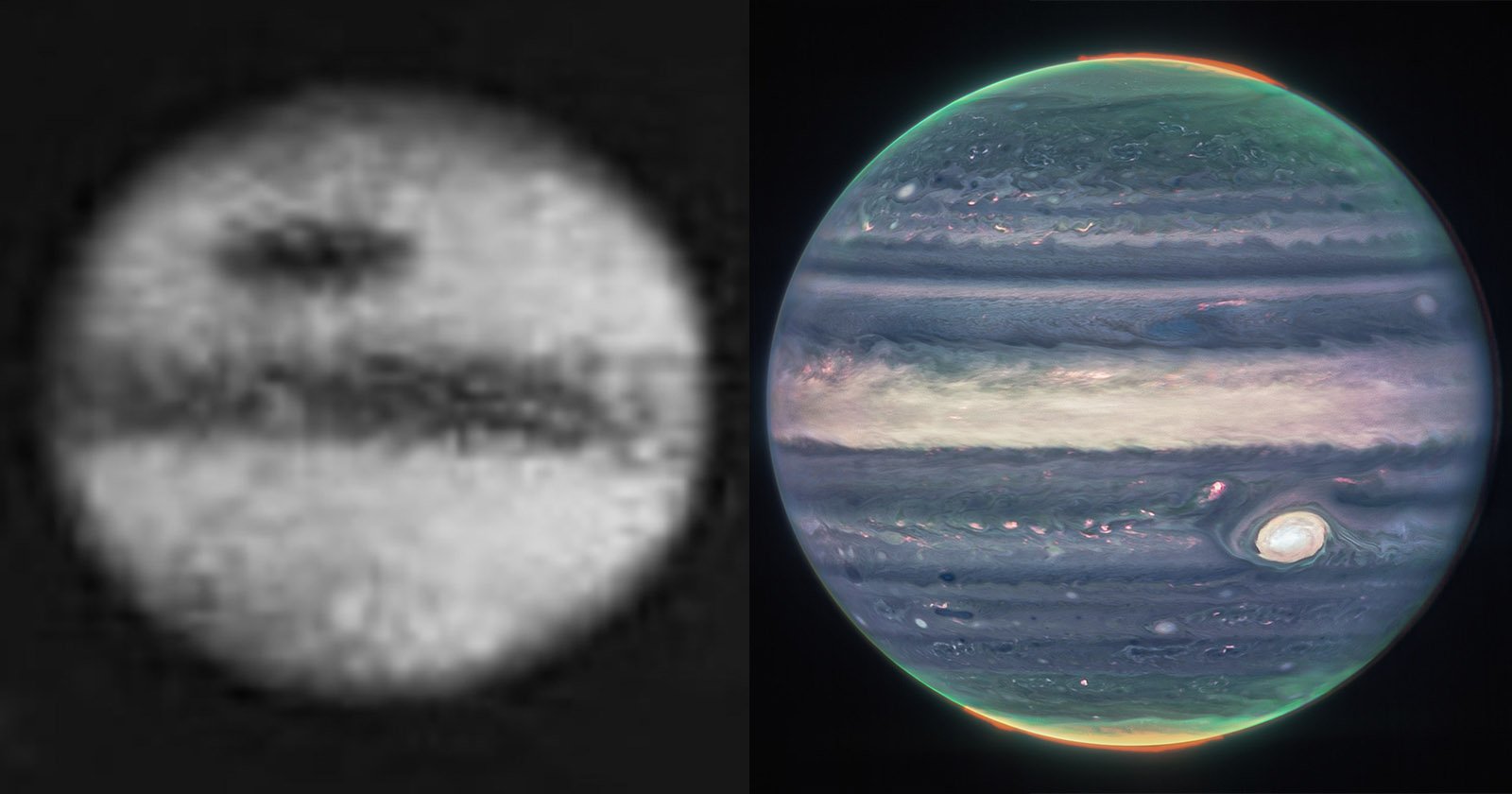 Astronomer Jasmine Singh has shared a fascinating comparison of the earliest photograph ever taken of Jupiter and the most recent James Webb Space Telescope (JWST) image of the planet.

The earliest photo of Jupiter was taken in 1879 by Irish astronomer Agnes Mary Clerke who published it in her book A Popular History of Astronomy During the Nineteenth Century.

The recent JWST photo, captured on July 27, 2022, is a composite image and has such remarkable clarity that Jupiter’s auroras can be seen dancing above both of its poles.

The earliest image ever taken of Jupiter in 1879 vs. the most recent composite image of Jupiter taken by JWST: pic.twitter.com/we2HRTe49S

The side-by-side comparison underlines just how far astrophotography has improved in the last 142 years.

The 19th-century photo is grainy, but it is still obvious that it is Jupiter thanks to the planet’s distinctive banding caused by differences in the chemical composition and temperature of the atmospheric gas.

Another unique feature on Jupiter is its Great Red Spot, a persistent high-pressure region that produces anticyclonic storms that are the largest in the Solar System.

This mark can be seen on Clerke’s 1879 photo, but the image is upside down making it appear as if it is in the northern hemisphere, not the southern. 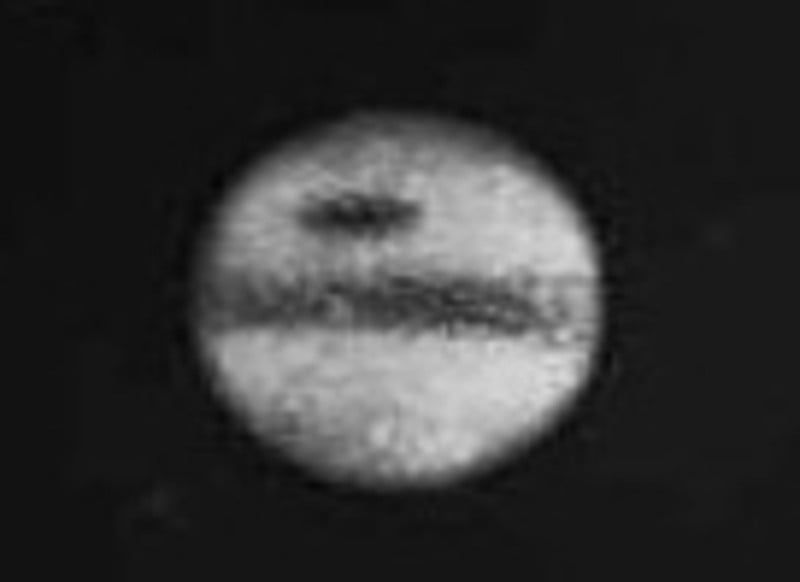 Another fascinating insight is how much larger the Great Red Spot appears in 1879 and this has been backed up by subsequent studies.

At one point, the giant storm could have accommodated three Earths. It is believed that one Earth can fit into the Great Red Spot. The causes are not clear, however scientists disagree.

Skywatchers in 1879 noticed prominent swirling storms from the Great Red Spot, which is perhaps what piqued Clerke’s interest.

The 2022 JWST photo of Jupiter, which is a composite of several images, has a distinct blue tinge, differing from the usual reddish impression of Jupiter. 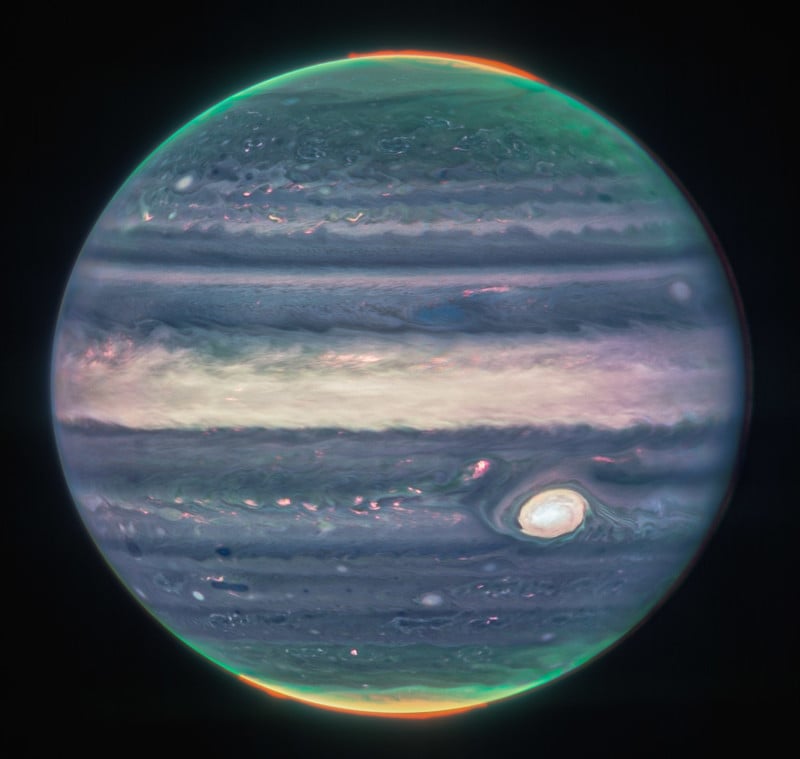 The photo came from the telescope’s NIRCam which used three of its specialized infrared filters. Although infrared capture can reveal details of the planet, it cannot be seen by the naked eye.

NASA collaborated with Judy Schmidt, a citizen scientist to convert the Webb data into visual images. The longer wavelengths of light are more reddish while those with shorter wavelengths appear brighter.

The auroras are brightened by a filter that maps to redder colors. This highlights light reflected off lower clouds or higher hazes. The European Space Agency explained that a different filter (mapped to yellows or greens) shows the swirling of hazes around the southern and northern poles.

“A third filter, mapped to blues, showcases light that is reflected from a deeper main cloud. The Great Red Spot, a famous storm so big it could swallow Earth, appears white in these views, as do other clouds, because they are reflecting a lot of sunlight.”