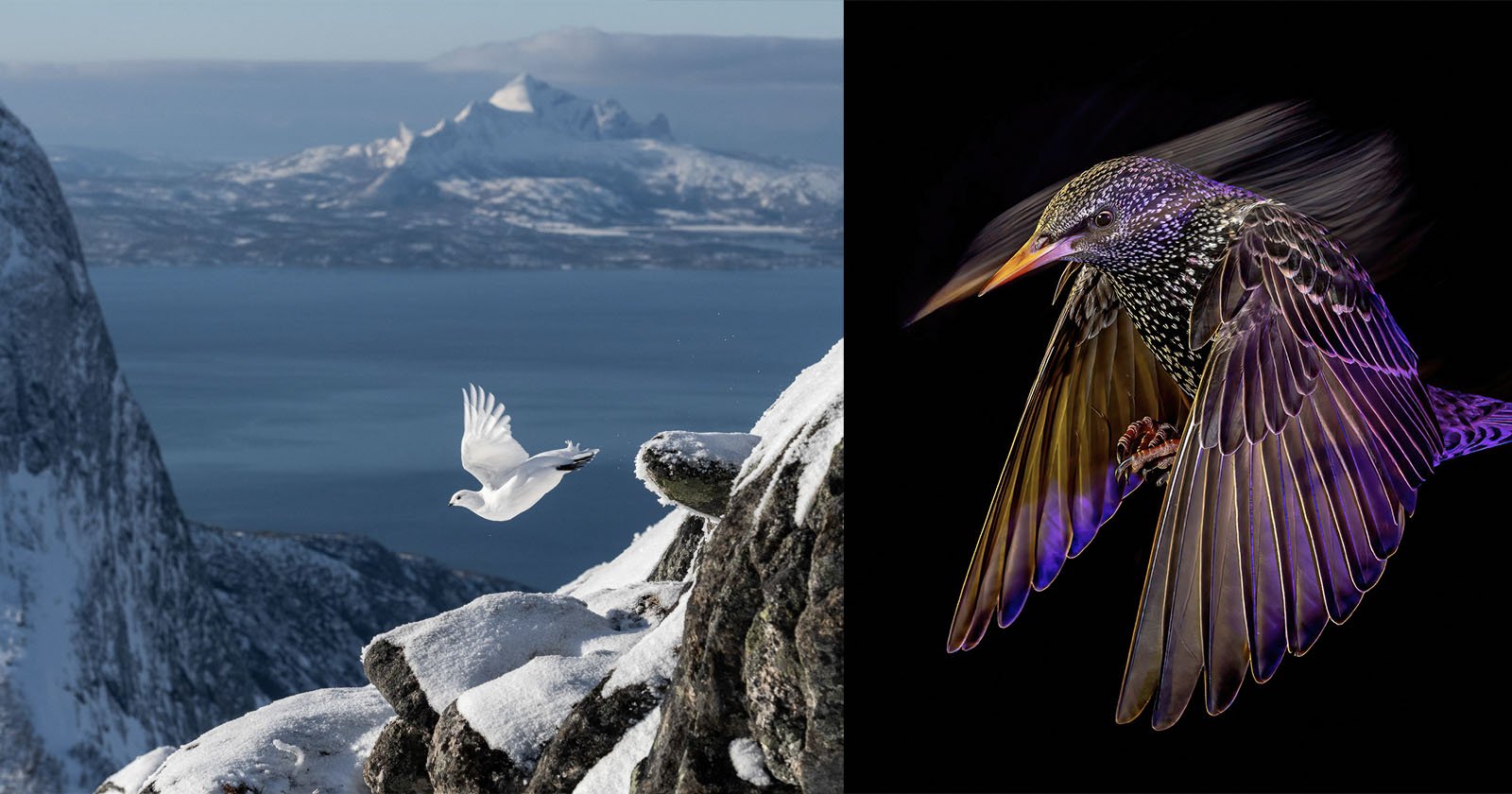 The Bird Photographer of the Year 2022 competition have been announced, with top honors awarded to Norwegian photographer Erlend Haarberg for his photo of a rock ptarmigan in winter plumage taking flight above snow-covered mountains.

Bird photographer of the year says conservation is at its core. This year, the competition donated more than PS5,000 to partner charity Birds on the Brink, which provides vital funding to grass-roots bird conservation projects around the world.

The competition sees entries from all over the world, and this year more than 20,000 images were submitted for a chance to win the title of Bird Photographer of the Year and take home a PS5,000 grand prize (about $5,789). The grand prize was awarded to Erlend Haarberg, a Norwegian photographer. His photo of a rock-ptarmigan above Tysforden’s winter landscape in Norway (above), was announced the winner. This photo was also awarded Gold in Birds in Environment.

“High up in the mountains, the wind, snow and cold maintain the iron grip of winter for many months on end. This is where Rock Ptarmigan thrive in an endless white landscape,” says Haarberg. On this winter’s morning, I was on the way up to the summit of a mountain. When I was almost at the top, I spotted some tracks of ptarmigans in the snow. Soon a bird took flight, with the dramatic backdrop showing what a harsh environment this bird calls home.”

The Young Bird Photographer of the Year 2022 was awarded to 17-year-old Swiss photographer Levi Fitze for his image of a dunlin struggling against a sandstorm.

Below are all of the winning images across eight categories: Best Portrait, Birds in the Environment, Attention to Detail, Bird Behaviour, Birds in Flight, Black and White, Urban Birds, and Creative Imagery.

Birds in the Environment

To see all the entries and read descriptions of the photos, be sure to check out the competition website.

Image credits: All photos individually credited and provided courtesy of the Bird Photographer of the Year competition.