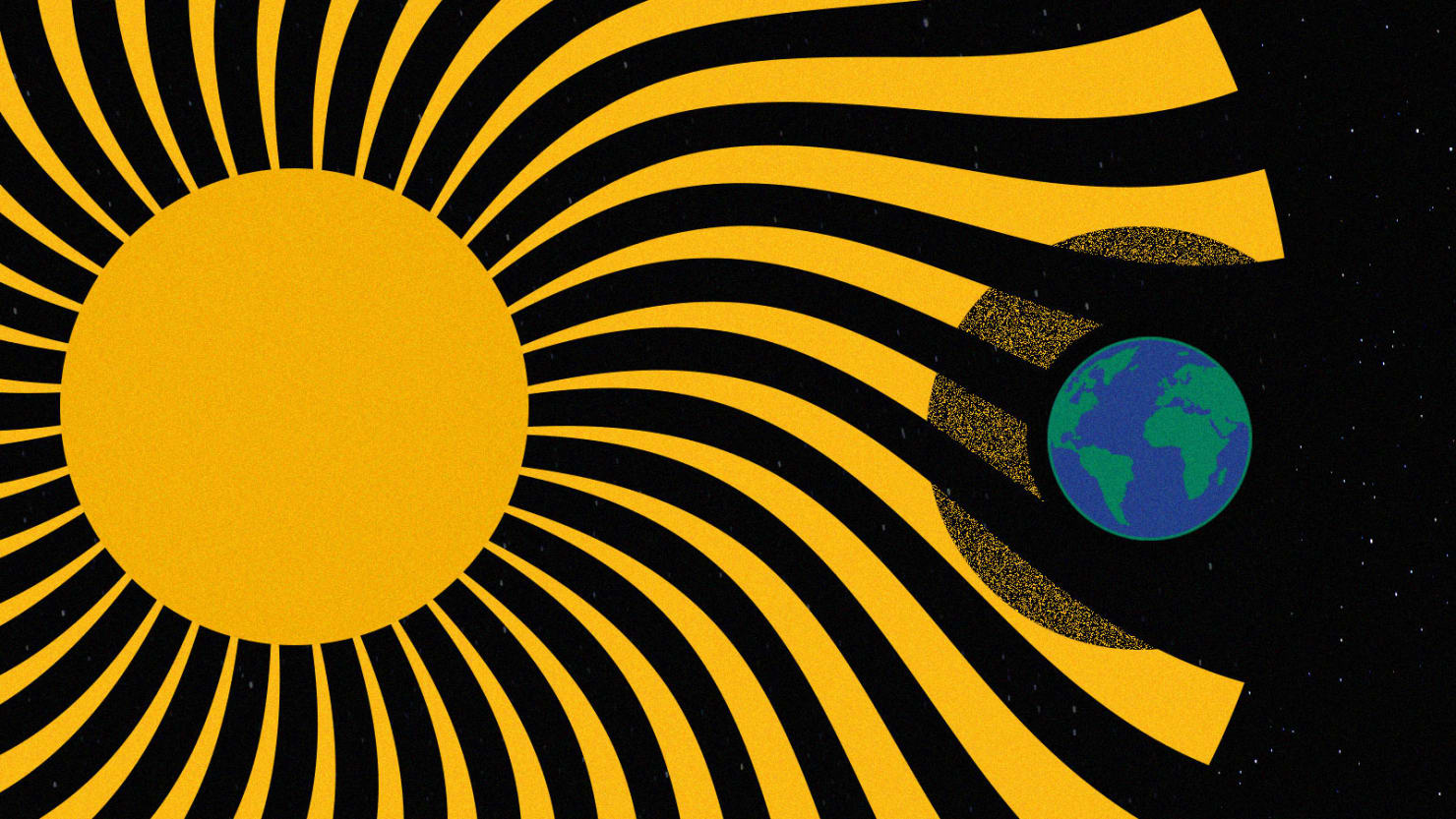 We’re entering the final days of COP27, the UN’s annual climate summit, and it’s safe to say that this year’s edition was disappointing–to say the least. It was widely panned by climate experts and activists and drew intense criticism for being sponsored by the likes of Coca-Cola, the world’s leading plastic polluter.

Moreover, like so many climate summits in the past, little action has actually taken place in terms of concrete climate action and policy. In fact, the argument could be made that the biggest decisions to fight climate change weren’t decided at COP27, but rather at the G20 summit between the U.S. and China. The U.S. government indicated last month it was looking at one of the most controversial, and potentially dangerous, climate-change fighting strategies.

On Oct. 13, the White House announced that it was funding a five-year-research plan into one of the most controversial proposals for fighting climate change out there: geoengineering, or the technologies and innovations that can be used to artificially modify the Earth’s climate. The report will focus on a type of geoengineering called solar radiation management. This is a technique that essentially involves spraying fine aerosols into the atmosphere to reflect sunlight away from the Earth. It is believed that once the sunlight is reflected off of Earth, it will produce less heat, which in turn, lowers temperatures.

The research plan will be modeling how SRM might impact the atmosphere and assess its viability as a potential technique used to “manage near-term climate risk.” Put it another way: We want to know whether or not we should include this in our “break glass in case of climate disaster” box. Although it may sound a little crazy, there have been instances of inadvertent SRM occurring before. Large volcanic eruptions can release large amounts of gases and other debris into the atmosphere. This blocks out sunlight and causes a lot more heat. The 1816 Tambora Volcano eruption in Indonesia resulted in what became known as “the year without a summer” throughout Europe and North America after temperatures sank by as much as 3 degrees Celsius.

For some context, the 2015 Paris Climate Agreement included a goal to keep temperatures from rising by 2 degrees Celsius (with a stretch goal of 1. 5 degrees Celsius that we’ve completely shat the bed on). So a controlled version of SRM is often thought of as a viable method to prevent the worst climate disasters. Even the UN recognized the potential of this technology at COP27–much to the chagrin of many activists who are fervently against geoengineering.

“Geoengineering is a sign of industrial desperation,” Panganga Pungowiyi, an organizer at the Indigenous Environmental Network, said during a panel at the climate summit.

Regardless, it’s a radical and potentially life-saving research plan–and it’s one that some of its oldest and ardent supporters believe is a cause for celebration.

“I was delighted to hear that the U.S. government is funding a five-year research plan,” Stephen Salter, a professor emeritus at the University of Edinburgh and marine engineer, told The Daily Beast. It is a sign that they finally take the issue seriously.

For decades, Salter has championed geoengineering as a viable tactic in order to deal with the world’s worsening climate issues. He’s even invented several devices and systems that can tackle these problems such as the “Salter sink,” which was created in the wake of Hurricane Katrina in 2007 and that he said could cool ocean temperatures down enough in order to stop powerful storms from forming.

Salter was also one of the first researchers to propose SRM as a means to cool down the Earth. His ideas and proposals have been ignored by the government, which he calls “stupidity” of its decision-makers. He has a bit of an ax to grind when it comes to this matter: In 2005, the U.K. government rejected his proposal to use SRM to prevent sea temperature rise.

That’s why the White House’s willingness to invest in solar geoengineering research is such a big deal. In order to prevent climate catastrophe, the U.S. government recognizes that it might be necessary to take extreme and experimental steps. The U.S. might be the first country to do this.

“It’s like the airbags in your car. You never want to use them, but you’ll be glad you had them when you do.”

“I hope that [the five-year-research plan] will encourage people in other countries and that some money will go towards engineering not just governance where most goes now,” Salter added.

But, this measure is not without risks. Geoengineering experts warn of the potential for unintended effects that could ripple across the globe. After all, when you spray aerosols into the atmosphere, they’re going to spread out. Its effects would be felt everywhere no matter where you initially sprayed it. This could lead to a butterfly effect of disastrous events.

For example, low temperatures can cause crop losses. This is something we have seen before without any summer. Changes to the atmosphere could also intensify weather events like storms. Some research suggests that solar geoengineering could even spread diseases. But Salter thinks that these risks can be exaggerated. He asserts that SRM is also an entirely reversible system that can be stopped with “one mouse click” after which “the effects will be gone at the next rain shower.” SRM would just be a tactic that helps us buy time while we try to address issues like reducing carbon emissions.

The White House’s five-year research plan would include research into the risks and dangers of solar geoengineering. This method would not be possible without detailed modeling. We’d have at least a close approximation of what would occur if it does happen.

Besides, we might run an even greater risk if we do nothing at all.

“It’s like the airbags in your car,” Andrew Dessler, the director for the Texas Center for Climate Studies at Texas A&M University, told The Daily Beast. “You never want to use them, but you’ll be glad you had them when you do.”

Dessler believes that, while we should do all we can now to limit global temperature rise by aggressively reducing carbon emissions, it’s better to have solar geoengineering systems ready just in case we might need it in the future. We need to research the method now so we can be prepared for when it is needed.

“You can imagine a scenario where it’s 2040. Climate change is out of control. He said that people suddenly realized, “Holy crap! This is terrible!” You have to act immediately. SRM may be the best option in this situation.

“It is not how you want to deal with the problem,” he said. “The right way to handle the problem is to start cutting your emissions immediately, so you don’t get yourself into that situation. But I definitely see a pathway in the future where we do need to deploy it.”

As the adage goes, drastic times call for drastic measures. What does it say then that the U.S. government has decided to put some skin in the game and fund research and resources into solar geoengineering?

At the recent U.N. climate summit, Secretary-General Antonio Guterres announced that the world was on the “highway to climate hell. ” Not only have we failed to reach the 1. 5 degree Celsius threshold outlined by the Paris Climate Agreement, but we’re well on our way to blowing past the 2 degree Celsius goal as well. This means we are increasingly limited in our options. With our backs against the wall, an ocean rising to our feet, and the planet burning around us, we might have little choice but to use the airbag–and pray that it saves us all.

The post The White House Admits It: We Might Need to Block the Sun to Stop Climate Change appeared first on The Daily Beast.