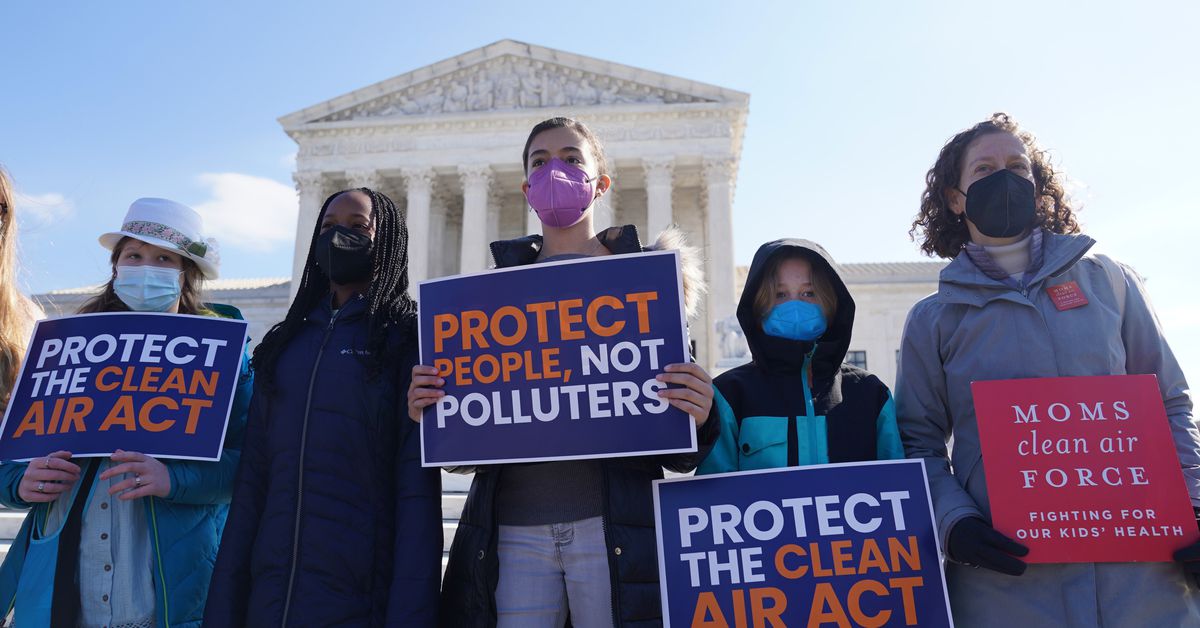 This week, the Supreme Court is expected to decide a major climate case that could determine what tools the federal government can use to cut greenhouse gas emissions.

The case, West Virginia v. Environmental Protection Agency, started out years ago as a battle over how much authority the EPA has to force power plants to cut down their pollution — but it’s turned into a bigger fight over how much power federal agencies have to enforce all kinds of regulations.

With the Biden administration’s climate plans relying on drastically slashing CO2 emissions from power plants, the case is being closely watched by environmentalists. Environmentalists are closely watching the Supreme Court’s decision. It could be as early as Wednesday. Here’s an overview of why this case is so important.

What is West Virginia v. EPA about?

The core of the lawsuit is a disagreement about the Clean Air Act, a bedrock environmental law in the US that lays out the EPA’s responsibility to protect the nation’s air quality by regulating pollution. Since 1970, EPA action under the Clean Air Act has led to a significant drop in major pollutants like particulate matter and nitrogen oxides.

In 2015, former President Barack Obama went further, using the Clean Air Act to mandate a new set of regulations for US power plants called the Clean Power Plan. The new plan included guidelines regarding carbon dioxide emissions. This is a major driver of climate change. The plan encouraged states to switch to renewable energy sources such as solar and wind by regulating their emissions.

But the proposal didn’t last long. Two dozen states, including West Virginia, sued the EPA in response, and in 2016, the Supreme Court decided to put the Clean Power Plan on hold as the case made its way through court.

By 2019, the Trump administration had replaced the Clean Power Plan with its own weaker greenhouse gas regulations called the Affordable Clean Energy rule. Former President Donald Trump’s EPA also decided that the Obama administration had gone too far in using the Clean Air Act to push for greenhouse gas pollution cuts across the entire power sector — determining instead that its authority to regulate pollution was limited to what a power plant can do within its “fenceline.” Under the Trump administration’s interpretation of the Clean Air Act, the EPA might be able to push a power plant to install equipment that captures CO2 on-site so that it doesn’t escape into the atmosphere — but it can’t push a state to phase out fossil fuel power plants in favor of solar or wind farms.

In the meantime, a different group of states successfully sued to block the Trump plan, leaving it up to President Joe Biden’s EPA to craft an entirely new rule. West Virginia appealed that ruling to the Supreme Court, and here we are. The Supreme Court will now decide what interpretation is valid, even though Trump and Obama’s global warming rules have never been implemented.

Why is this case important?

A clean power grid is absolutely crucial to cleaning up the US’s frightfully dirty climate record.

The Biden administration, as part of rejoining the Paris climate agreement after Trump tried to renege, committed the US to reducing its planet-heating pollution by at least 50 percent this decade compared to peak pollution levels in 2005. By 2035, the Biden administration plans for the US power sector to be completely free of carbon pollution. This is all to meet a critical deadline that the whole planet faces. Global greenhouse gas emissions need to reach net zero by around 2050 to keep climate change from surpassing 1. 5 degrees Celsius above pre-industrial levels. Beyond that threshold, millions more people are projected to be exposed to climate-driven disasters, including severe droughts, dangerous heat waves, and coastal flooding.

Democrats have been trying to pass legislation that would push utilities to use more clean energy, but it’s been tied up in a congressional stalemate for months. That makes executive powers all the more important for the administration’s climate change efforts. Biden is able to try federal agencies such as the EPA for cracking down on polluters, without relying upon Congress. With a conservative majority on the Supreme Court including three Trump appointees it is possible for a decision to limit the EPA’s ability to make this happen.

This fight is actually even bigger than the Clean Air Act or the EPA. In West Virginia v. EPA, “The plaintiffs want to hem in what they call the administrative state, the E.P.A. and other federal agencies that set rules and regulations that affect the American economy,” Coral Davenport writes for The New York Times. The case is the result of years of a coordinated strategy to hamstring the executive branch’s ability to regulate industry.

We don’t know yet — but given the makeup of the court, environmental activists are unlikely to come away happy.

In one scenario, the court might decide to look narrowly at the Clean Air Act and what its language says about the EPA’s authority over power plants. The Clean Air Act may not be the right vehicle to allow the EPA control greenhouse gas emissions from power stations. That limited interpretation might leave it open for the EPA to find other ways to regulate greenhouse gas pollution — just not through the Clean Air Act.

On the other hand, the Supreme Court might decide to zoom out — looking beyond the language in the Clean Air Act. Here is where things could get tricky for the Biden administration, which may be unable to rely upon the executive branch in order to achieve anything on climate change or other agendas that require federal agencies writing and enforcing rules on industry. The court could limit a federal agency’s ability to expand its powers beyond anything explicitly written out in law by Congress. Thanks to a 1984 doctrine called the “Chevron deference,” courts generally defer to a federal agency’s expertise in interpreting more ambiguous statutes. So, even if CO2 isn’t explicitly written about in the 1970 Clean Air Act, under this doctrine, the EPA might decide that it makes sense to tackle greenhouse gas pollution given today’s climate crisis.

The Supreme Court might instead seek to strengthen the “major questions doctrine,” which says that the court doesn’t need to give deference to federal agencies in matters of major national significance that Congress has yet to explicitly write into legislation.

Whatever it is, we’re likely to find out soon. The Supreme Court is scheduled to issue opinions tomorrow on four cases that are remaining this term, which might include West Virginia v. EPA. Until then there is a lot of legal and environmental experts who are on the edge.

The post The Supreme Court is about to decide a major climate court case appeared first on The Verge.