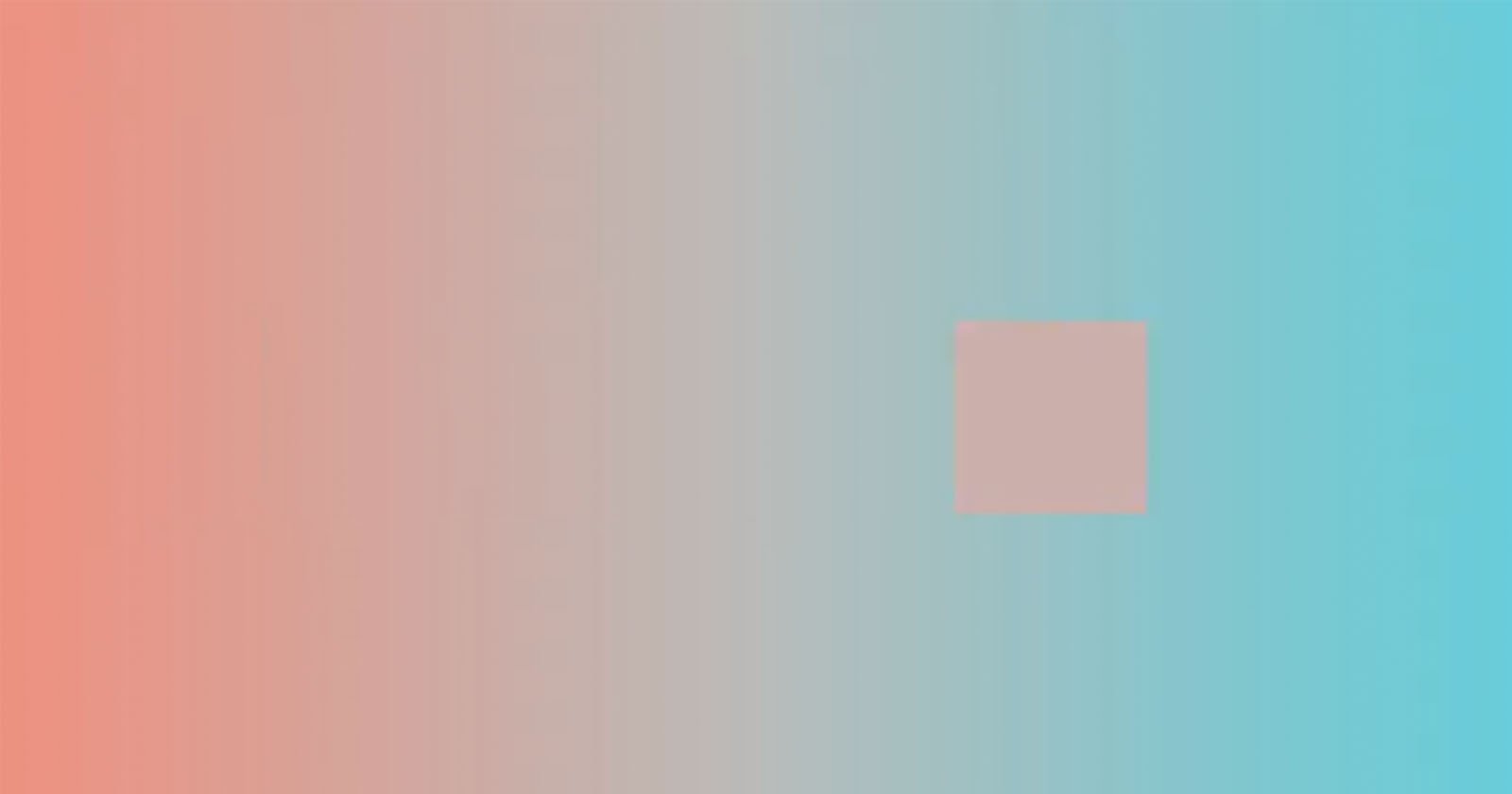 This optical illusion shows how the brain changes the colors of objects it sees.

Experimental psychologist and artist, Akiyoshi Kitaoka, from Kyoto, Japan, posted a clip of the optical illusion on Twitter to show how moving objects can trick the human brain into guessing their color rather than observing it accurately.

A moving square seems to alter its color even though it is the same color. pic.twitter.com/phzLNgfIZy

In the image, created by Kitaoka, a small square can be seen traveling across a rectangle that’s half pink and half blue, with a blended combo of the colors in between.

The quadrilateral appears gray while moving in the pink space, then seemingly adopts a pink hue when in the blue.

However, Kitaoka explained in the caption that while “moving squares appear to change color”, the actual color of the square is constant .”

The human brain thinks the square shifts from a grayish to a pink color. In reality, however, the square is still pink.

I cropped the squares from your images, once the colour is removed you can see they are the same pic.twitter.com/LrJYaIfsWH

This is because the movement of the square and the colors it’s traveling through trick our brain into thinking this.

The human brain assumes the object’s color based upon the surrounding objects. The human perception of color can be subjective, which proves this.

This chameleon-esque effect is explained further in a 2016 study authored by Sang-Wook Hong and Min-Suk Kang in the journal Nature.

” The perceived saturation of a stationary object is decreased dramatically, while the perceived saturation of a moving object increases. These color appearance changes in opposite directions indicate that normalization may be induced by an object’s movement. This could mediate the change in color appearance HTML1. Therefore, the perception of color in humans is not always absolute. This can lead to divisive optical illusions where people see different colors in an image — such as “The Dress”, which became a viral sensation in 2015. Viewers of the image disagreed on whether the dress depicted was colored black and blue, or white and gold.

Kitaoka originally posted this clip in 2018 but it is currently recirculating on Twitter with social media users left astounded by the optical illusion.

This isn’t the first time that Kitaoka uses an optical illusion to break the internet. In 2018, Kitaoka posted a photo featuring a medley of strawberries, which had viewers racking their brains trying to decide what color they were.