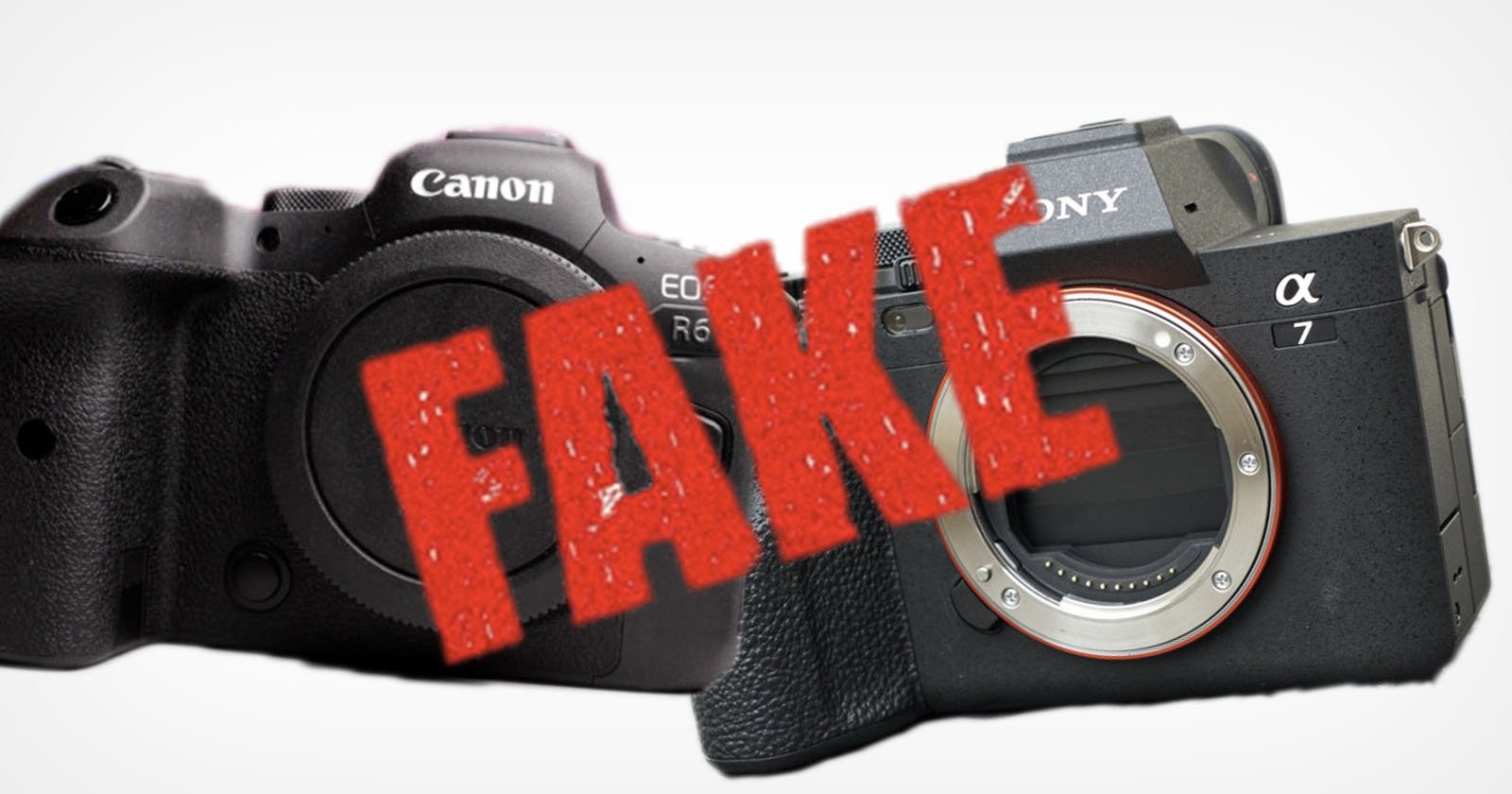 The Sony Alpha 7R IV and the Canon EOS R6 have the most unreliable camera reviews according to a study carried out by Electronics Hub.

Using the Fakespot website, Electronics Hub found that smartphones and cameras get the fakest reviews with the Apple iPhone 13 Pro Max having the highest density of sham reviews with a whopping 70 percent.

The Sony Alpha 7R IV had 45. 5% unreliable reviews while the Canon EOS R6 has 45% fake assessments.

Fifth was the Sony Alpha 7R IV, sixth was the Canon EOS R6, and seventh was the Nikon Z5.

The remaining three places were also taken up by smartphones and cameras with the LG v40 Thinq, Canon EOS R5, and the Fujifilm X-T200 filling out the top 10 respectively.

“If you read a review of the 13 Pro Max or the 11 Pro, more likely or not, it’s unreliable,” says the survey’s author.

It is also reported that the Fakespot app was removed from the iOS App Store on Amazon’s behalf in 2021.

” “I am shocked that Apple chose to side with Amazon, without any evidence… Amazon is willing bully little businesses like ours which showcase their cracks,” said Saoud Khalifah.

Sony’s $3,500 full-frame Alpha 7R IV has an Amazon rating of 4. 8 out of 5, but according to the Electronics Hub survey that drops to 2. 5 out of 5 when removing unreliable reviews. 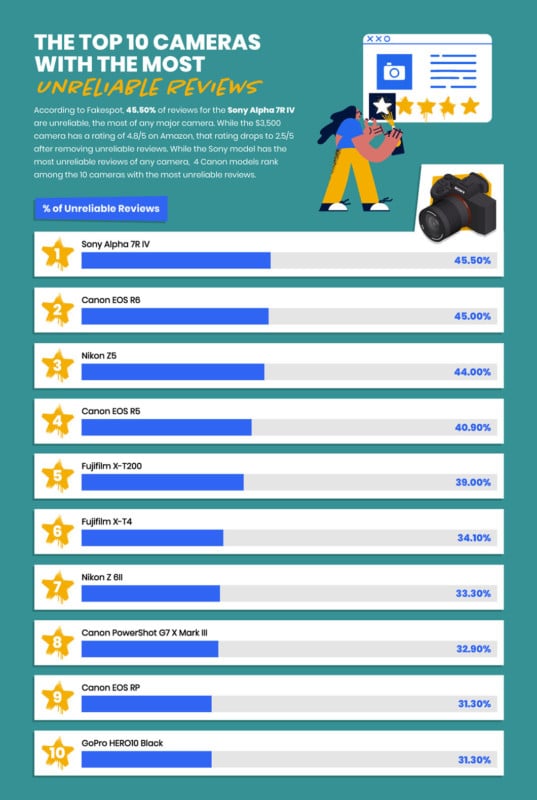 After Fujifilm’s X-T200 in fifth place on the camera list comes the Japanese company’s X-T4, the Nikon Z 6II, the Canon Powershot G7 X Mark III, the Canon EOS RP, and at number 10 is the GoPro HERO10 Black.

Consumer Reviews Could be a Poor Indicator of Product

Studies have shown that consumer reviews tend to produce different conclusions to those of “objective” journalistic product testers, such as PetaPixel.

One study for the American Marketing Association, led by MIT Sloan professor Duncan Simester found that only 1. 5% of buyers actually write reviews and that the 1. 5% are not like the average customer because they buy more, return more, and shop the sales more.

It also found that only 5% of reviews are from people who did not buy the products and those reviews are more likely to be negative.