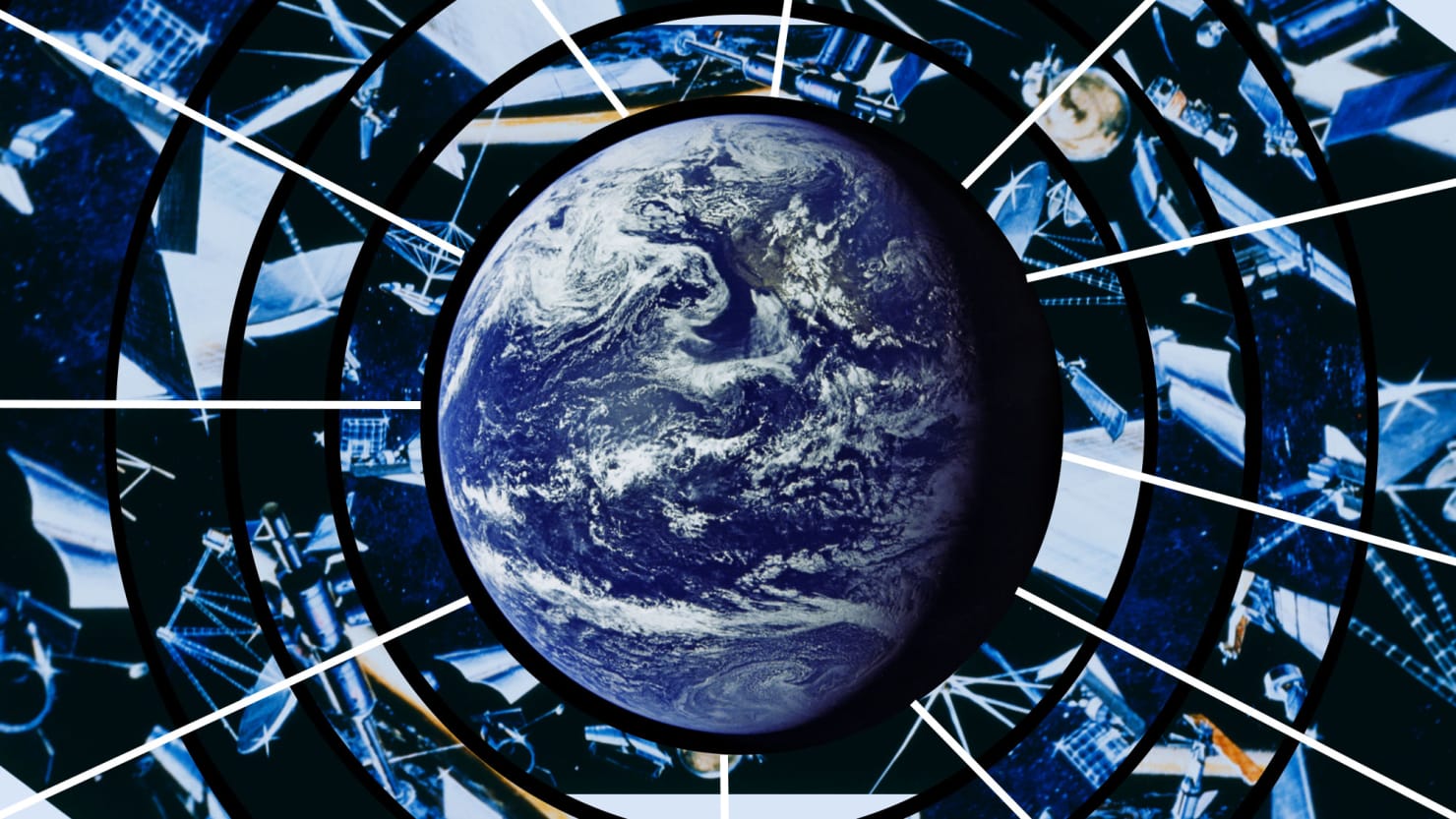 The next time you see a shooting star, there’s a small chance it’s complete garbage. That’s not a knock on any meteors or comets out there. It’s the truth. To deal with trash that piles up on the International Space Station, astronauts put them into big cargo bins and jettison them back into Earth’s atmosphere where it all burns up in a blaze of glory.

It’s not an eco-friendly way to get rid of space junk. This raises concerns about the impact that we have on Earth’s already stressed atmosphere by adding gasses and waste. But it’s the only one we have right now.

That might soon change if Steve Sepka has anything to do with it.

“Compacting trash is one of the best ways to manage it, according to Sepka, NASA’s trash processing and management system project manager. “But there’s also a lot of problems with space because we’ve got limited power, volume, and mass. It is important to have the ability to remove liquids and either process them or recycle it One NASA project is currently underway is a compaction device that turns astronaut trash into tiles which can be used in practical applications such as radiation shielding. Such an approach hits home at an ethos that’s relevant here on Earth but especially important if you’re an astronaut who is weeks or even months away from a crucial resupply mission: reduce, reuse, recycle.

Sepka served as the manager of NASA’s Waste to Base Materials Challenge ,, which took place this spring. It was a call to citizen scientists all over the world to come up with new ideas and concepts to turn astronaut garbage on places like the moon or Mars into usable material.

” We looked at everything from waste from the toilet to what we could do with it to garbage and plastics. Anything we can do to reuse, recycle, and repurpose it.”

The emphasis was on sustainability. Future astronauts on a place like Mars can’t always rely on regular resupply missions. As such, they need to be able to repurpose any and all materials they have at their disposal.

“We considered everything from waste materials and how to dispose of them, to garbage and plastics.” “Anything we can do to reuse, recycle, and repurpose it.”

The challenge marked the beginning of answering a question that’s becoming more and more relevant as NASA embarks on its bold goal of going back to the moon and, eventually, Mars and beyond: What the hell are we going to do with all our extraterrestrial garbage? After all, astronauts won’t be able to just yeet it back to Earth like those on the ISS.

The challenge generated a variety of interesting solutions ranging from using cotton from old astronaut clothes or even packing foam and urine to grow plants in a hydroponics system, to using algae to convert carbon dioxide into oxygen.

Undoubtedly, the grossest category of the challenge involved what to do with fecal waste. Fecal waste can be fermented to make it more digestible. Sepka explained that the idea behind anaerobic degradation is similar to composting. Sepka said, “We are getting microbes that do this and how to dispose of leftover material. It’s very similar to what we do on Earth.”

Another involved using poop as a natural fertilizer, a la Mark Watney growing potatoes in The Martian. As with science fiction, this could be a real-world application once engineers and researchers get behind it.

We can’t hope to reuse all of our garbage, however. Sometimes, trash just is trash. It’s not difficult to get rid of trash. This raises another big set of issues that needs to be solved. This is because we need to tackle “planetary protection”, which scientists refer to as the prevention of our Earth-derived materials from contaminating other celestial bodies such as planets and moons.

So sure, we could bury the off-Earth garbage, but it could inadvertently result in contamination. If an astronaut dumps their garbage in a Martian crater and microbes are created, it could lead to contamination.

” You want to ensure your footprint is small,” Sepka said. “We’re looking for life forms. You want to make sure that you did not pollute it and you’re just looking at your own signal.”

It certainly doesn’t help that we are already trashing places like Mars and the moon. Over the past spring, NASA released a photo of the backshell from the Perseverance rover. Later that summer, the agency released a pic of a thermal blanket that they discovered embedded into a Martian rock.

In fact, we’ve dumped an estimated 15,694 pounds of trash on Mars from the past 50 years of exploration alone. And even that’s tiny in comparison to the whopping 400,000 pounds of garbage including materials, rovers, rocket boosters, and assorted national flags we’ve left behind on the moon. It’s amazing how much it would cost to colonize the Red Planet and the moon.

One 2020 model published in Scientific Reports states that we need 110 people to properly colonize Mars, whereas Elon Musk hopes that we get 1 million people there. Either way, there’s still exponentially more trash in the world than we see now. It is important to think about how to eliminate it now rather than waiting until we arrive on the planets.

To that end, it seems like NASA is a bit slow to come up with a good system. Despite its numerous delays, the Artemis missions to get back to the moon are well underway. We will be able to colonize the lunar surface in the next 10 years. In a matter of decades we will also be able to set foot on Mars.

According to Sepka, this means the agency will have to not only develop a trash system for when we get there, but we also need to deal with garbage in the spacecraft to get there.

That’s why trash compaction is so key. It is easier to save space on a capsule if you make it smaller. Sepka said crew planners don’t rule out the possibility of it being thrown out in the cosmos if it becomes too heavy. However, he acknowledged that it wouldn’t necessarily be the best solution.

“That’s not popular,” he said. The mission designers do not want to be seen as treating the solar system like a landfill. Not only would sustainable waste management help crews survive in an environment devoid of resources like Mars but it would also promote the moral imperative that other planets be protected from the environmental damage and anthropogenic climate changes. Hell, we have literally plastic in our blood because of it.

It only makes sense to want to start on the right foot when we travel to another planet. That means doing all the things that we didn’t do on Earth and start recycling–one piece of extraterrestrial trash at a time.

The post The Solar System Isn’t Ready to Deal With Humanity’s Garbage appeared first on The Daily Beast.