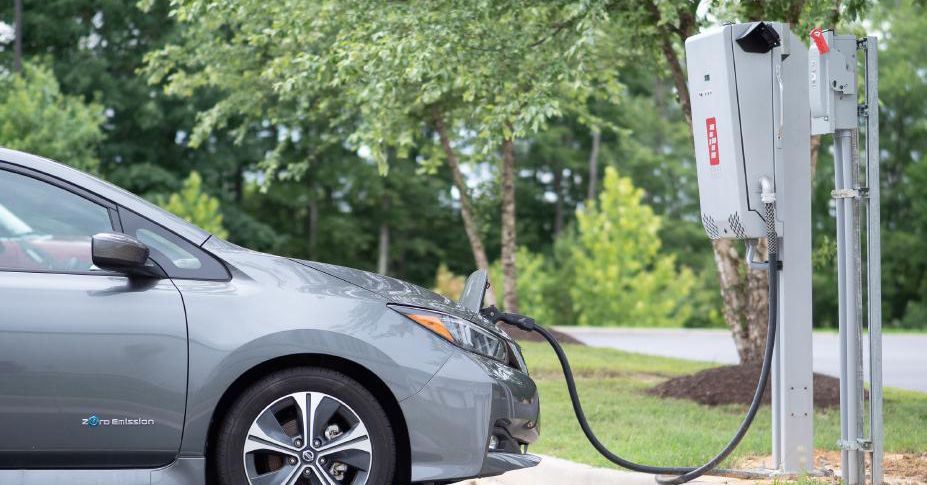 Back in 2012, Nissan promised its maybe soon-to-be-discontinued EV would eventually share its stored battery power back to your home or the grid during peak hours or even in emergencies. This technology is broadly known as Vehicle-to-Grid (V2G), Vehicle-to-Home (V2H), and Vehicle-to-Load (V2L), which all can be used interchangeably to describe a system that converts EVs to a backup power station.

Other automakers also have bidirectional charging solutions as well, including Ford’s Intelligent Backup Power feature available for its all-electric F-150 Lightning truck. There’s also the Hyundai Ioniq 5 and 6 V2L feature that can make them great camping companions. Tesla, on the other hand, is bearish about the concept, pushing instead its dedicated PowerWall battery backup solution — the same one that it scales to the size of virtual power plants.

The solution for Fermata and Nissan is simple. David Slutzky, Fermata Energy CEO stated that Leaf owners could “create additional value out of the energy stored within the vehicle’s batteries” and that charging the car can reduce the total cost to own the vehicle by letting it draw energy at peak hours. Slutzky says it could also help reduce stress on the power grid, a problem that, while it doesn’t exist right now, could be an issue in the future unless utilities and grid operators make the right investments.

All model year 2013 and newer Nissan Leafs are approved for use with the FE-15 bidirectional charger, and the automaker states that battery warranties will not be affected. You’ll need to have a quick-charging CHAdeMO port on the Leaf to take advantage of bidirectional charging, which sometimes didn’t come standard. Notably, the 2013 model of the Leaf received a more robust but similar capacity 24kWh battery than the 2012 model, and although previous models did have an option for fast charging, Nissan might not want to be responsible for the batteries’ health rapidly depleting.

Those interested in the FE-15 charger can contact the company through their website. Fermata Energy’s product is not the only one in Nissan’s sights. The automaker also works with Dcbel, which is developing a bidirectional home charging system.

It is amazing to witness the CHAdeMO charging system suddenly getting a final hurrah. The port is slowly disappearing at various charging stations as CCS Combo has taken over. A new feature like this is great to see and a great story to add to the Leaf’s legacy.