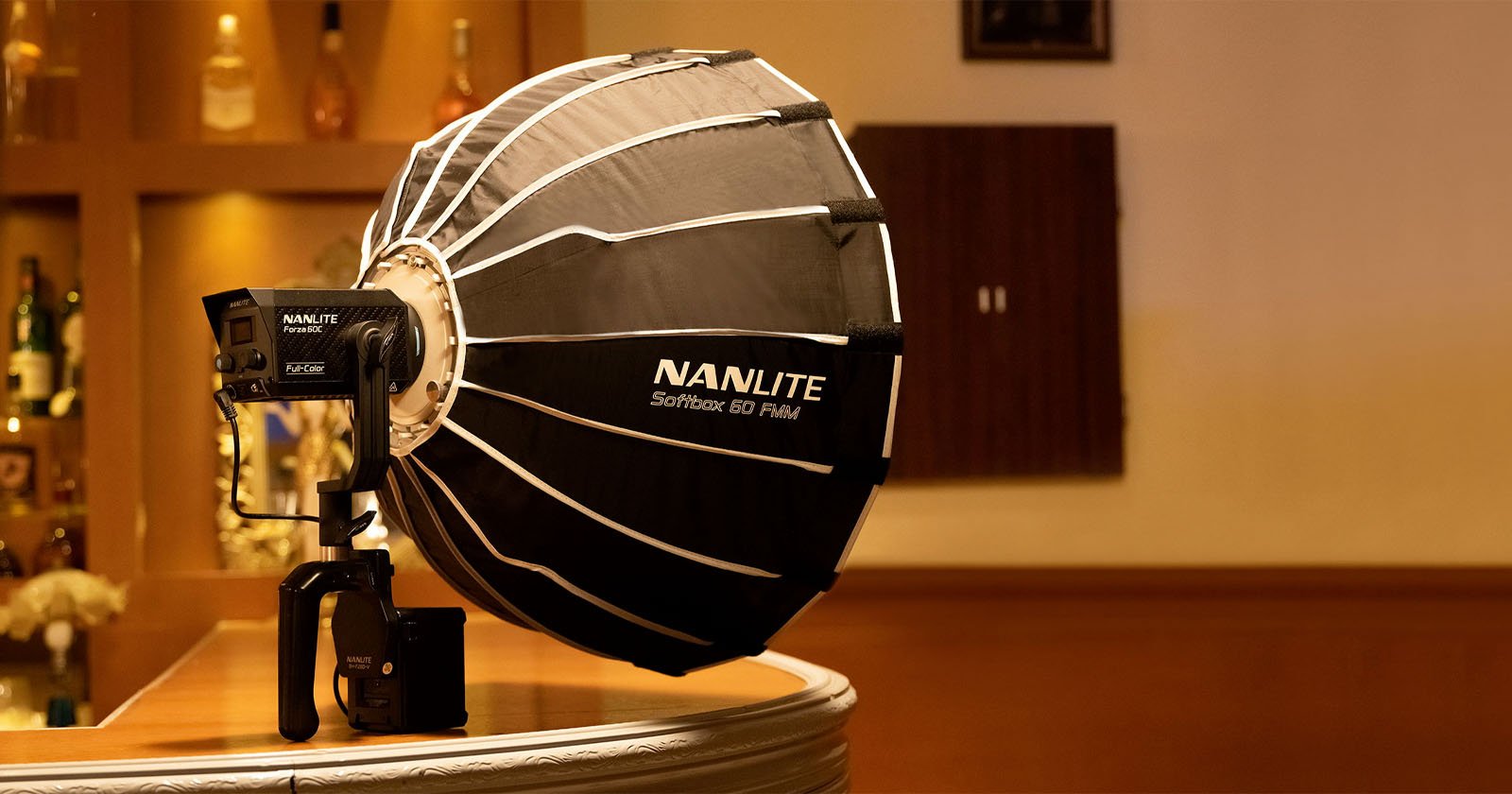 Though it can fit in the palm of the hand and is extremely light, the Nanlite Forza 60C has a huge amount of power. This Chip on Board (COB) LED light packs a powerful array of LEDs that can illuminate a subject with up to 12,810 lux at one meter.

The Nanlite Forza 60C has a computer or smartphone-controlled six-color array of RGBLAC LEDs that takes the traditional red, green, and blue and incorporates lime, amber, and cyan LED beads into the light source. Nanlite claims it can produce highly accurate daylight-balanced 5600K light, an ultra-wide CCT range of 1800K-20000K, and notably vibrant and rich colors.

The Forza 60C has multiple color modes including HSI, RGBW, and XY at launch, and the company says a Gel Mode will be added in a future firmware update. The Forza 60C is rated at 96 CR/95 TLCI of 95 for color accuracy and can duplicate several special effects including the cool glow of a TV, the explosive illumination of fireworks, and the emergency strobe of a Police Car. Dimming can be controlled onboard or remotely from zero to 100%. 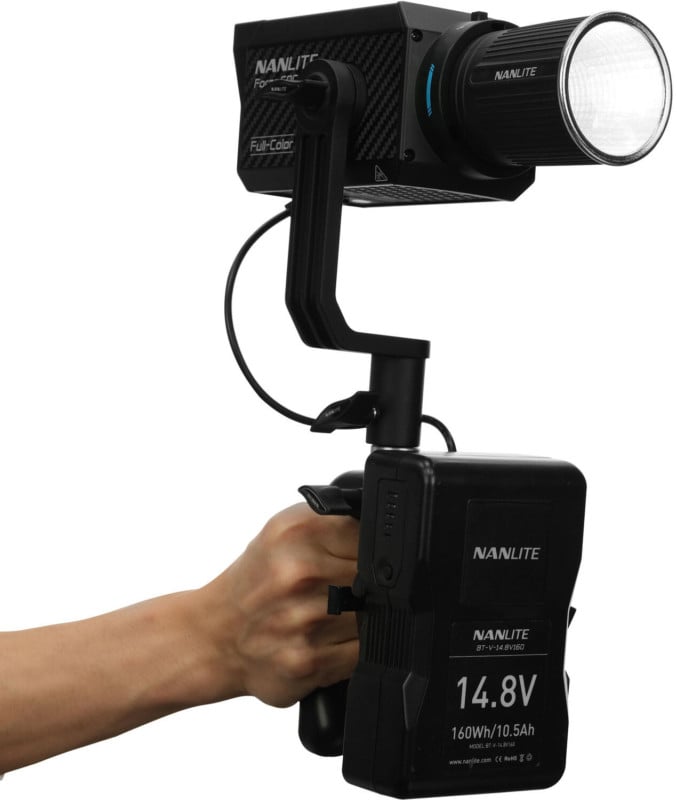 Perhaps the most impactful feature that is at play here is the relatively compact size of its overall design. The Forza 60C is small enough to fit in a hand and can be made mobile with dual Sony NP-F battery plate, an optional V-mount battery, and a handgrip, making it capable of being carried during a shoot and allowing directors to put light exactly where it needs to be while the subject is on the move. Overall, the Forza 60C weighs in at just over one kilogram, which is about 2. 2 pounds.

The Forza 60C can be attached to a fixed position using the stock FM stand mount. It also uses a Bowens adapter to support a wide range of lighting accessories including an umbrella attachment. Nanlite says the Forza 60C is also extremely quiet thanks to smart fan circuitry that can adjust fan speed according to temperature and noise control settings. The maximum output of the light is limited if the fan is fully shut off to 25% power, but some teams will be grateful the option to run it totally silently is there even if it results in reduced output.

In addition to its onboard menu system and twin control knobs, the Forza 60C is controllable via Bluetooth from a smartphone through the Nanlink app or can connect to a computerized lighting package via DMX/RDM control. To power the wireless DMX receiver, a USB port has been included. 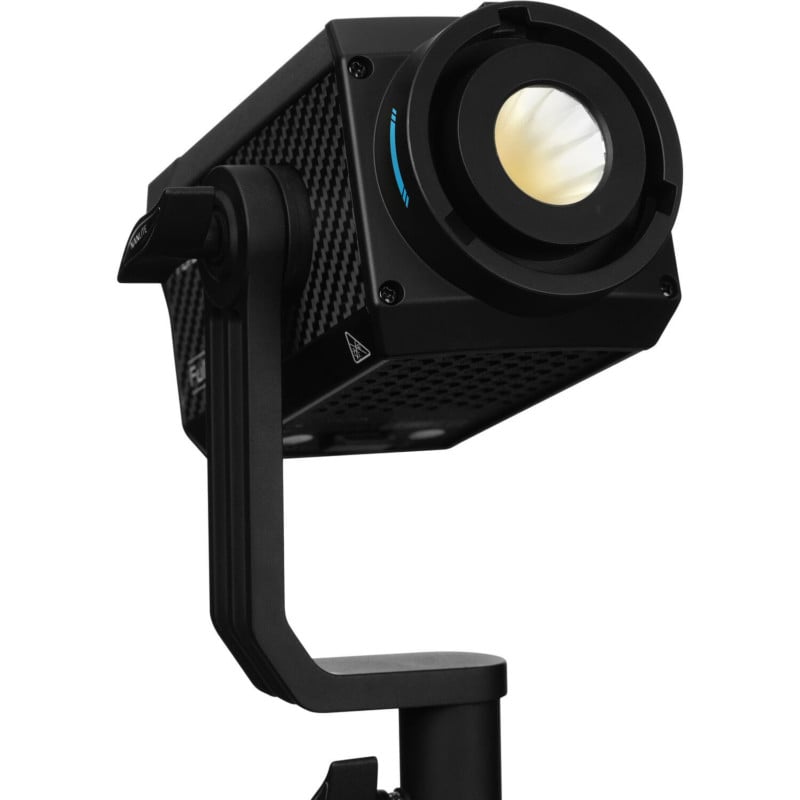