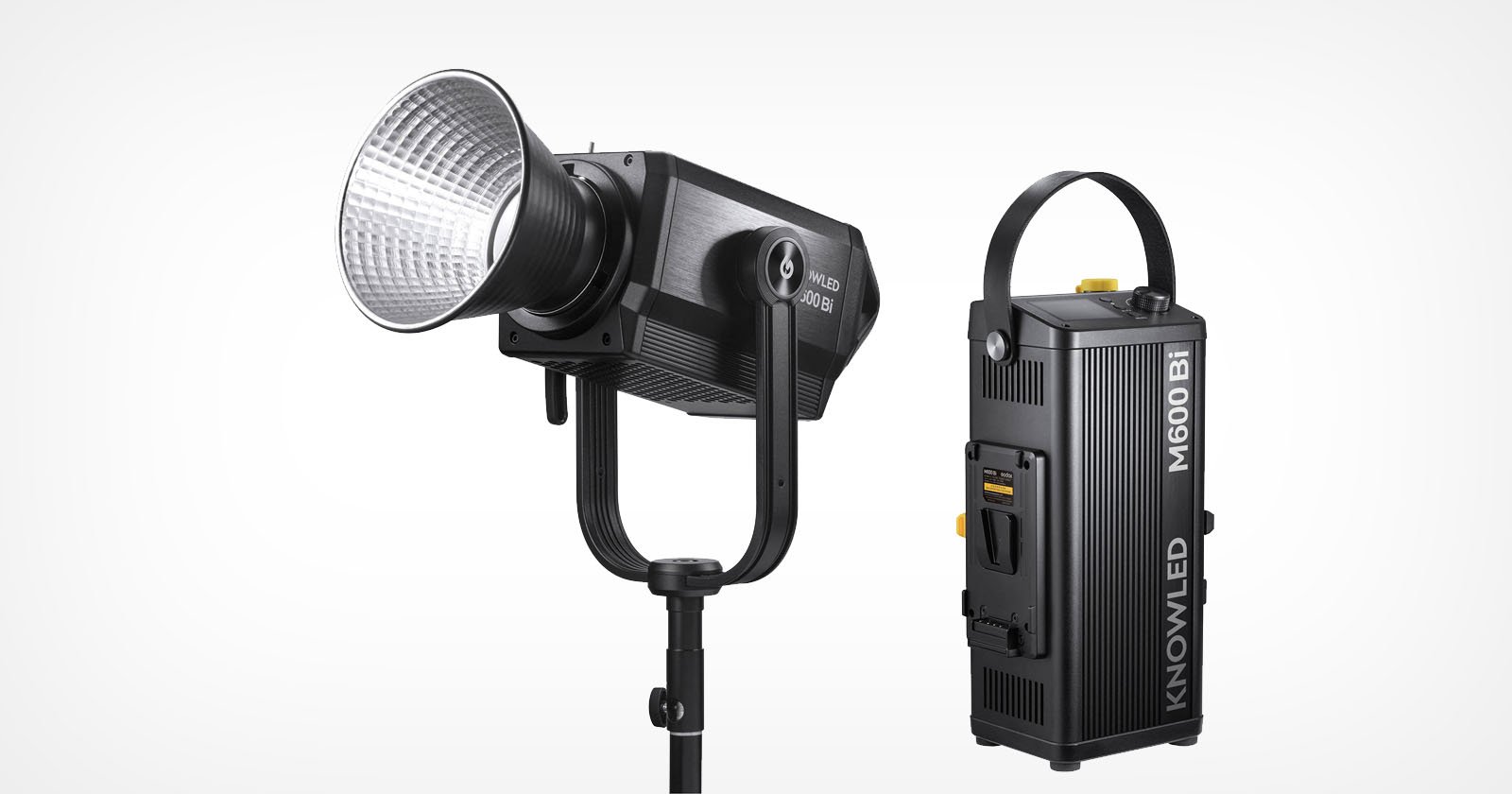 Designed for studio, film, and TV production, the M600Bi has a lux rating of 198,000 at one meter (with reflector), a color temperature range of 2800-6500K and a CRI/TLCI rating of 97. The light intensity can be controlled in the. 1 percent steps from 0-100 percent or 1 percent steps by turning the knob faster. 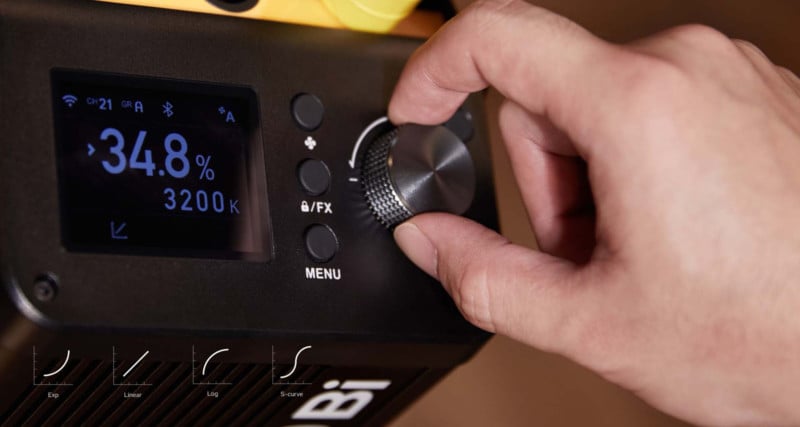 As reported by DIYPhotography, there are also four dimming curves to choose from — Linear, S-Curve, Log, and Exp.

Meanwhile, a press of the FX button enters the light’s effects mode, where there is a choice of seven different lighting effects including flash, lightning, fire, broken bulb, TV, candlelight, and fireworks. While in FX mode, the dial can be turned to adjust the rate and brightness. Once adjusted, a long press of the FX/Lock button will lock the setting so it can’t be accidentally changed. If the fan is making a lot of noise, you can shorten the FX/Lock button to turn it off.

The M600Bi has wireless communication features available in the menu, in which users can adjust the channel, group, and ID number. Once set, the light can be controlled by an optional 2. 4 GHz RC-A6 wireless remote. 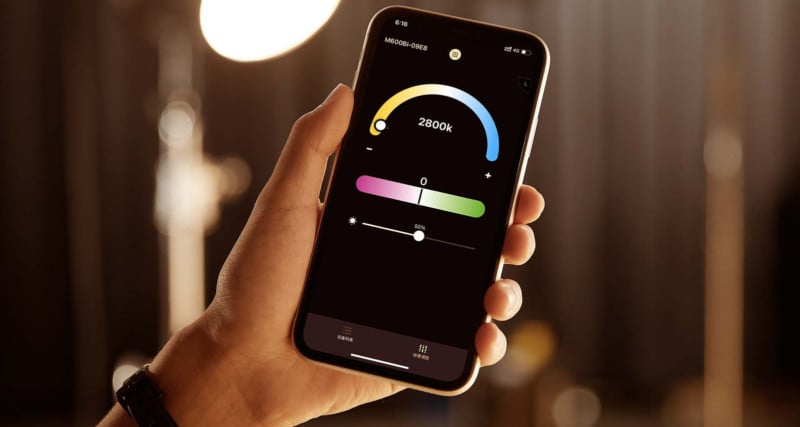 The light communications menu can also be set to Bluetooth in order to control it through the GodoxLight Smartphone app and there’s an option for wireless DMX computer control. The effective wireless range is 98. 4 feet (30 meters), and there are 32 separate wireless channels in 16 groups to choose from to combat signal congestion.

The M600BI can be powered by either a 14. 8 V or 26V V-mount battery, or through 100-240V AC power at 50/60Hz, with a maximum 730W of power consumption. Users can also switch the silent mode on and off to reduce fan noise when in an environment with sound sensitive.

The Godox Knowled M600Bi is available for preorder at $1,599 from Godox.com and authorized retailers. This light includes the control unit, connector clamps, reflector, LED light and portable storage bag. There’s no word on its shipping date just yet.