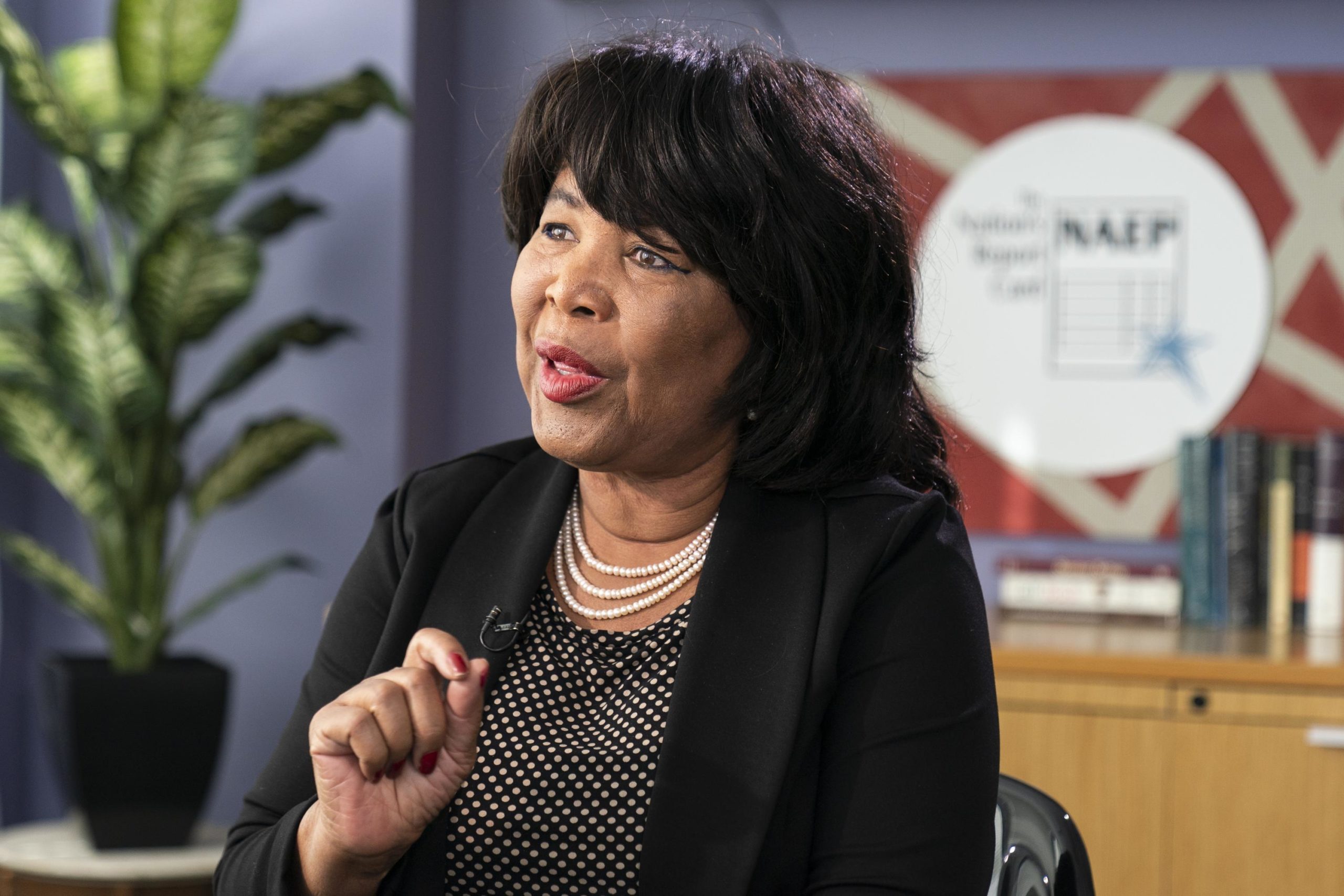 WASHINGTON — The COVID-19 pandemic spared no state or region as it caused historic learning setbacks for America’s children, erasing decades of academic progress and widening racial disparities, according to results of a national test that provide the sharpest look yet at the scale of the crisis. Math scores suffered their greatest declines in the nation’s history. Reading scores dropped to 1992 levels. Nearly four in 10 eighth graders failed to grasp basic math concepts. There was no notable increase in average test scores for any state, and some states were barely able to keep up.

Those are the findings from the National Assessment of Educational Progress — known as the “nation’s report card” — which tested hundreds of thousands of fourth and eighth graders across the country this year. It was the first time the test had been given since 2019, and it’s seen as the first nationally representative study of the pandemic’s impact on learning.

“It is a serious wakeup call for us all,” Peggy Carr, commissioner of the National Center for Education Statistics, a branch of the Education Department, said in an interview. “In NAEP, when we experience a 1- or 2-point decline, we’re talking about it as a significant impact on a student’s achievement. In math, we experienced an 8-point decline — historic for this assessment.”

Researchers usually think of a 10-point gain or drop as equivalent to roughly a year of learning. It’s not surprising that children fall behind. Every aspect of human life was affected by the pandemic, and left millions of people learning at home over several months. Monday’s results reveal how serious these setbacks are and what the challenges schools face in helping students catch up.

” “These results are unacceptable,” Cardona stated.

The NAEP test is typically given every two years. It was taken between January and March by a sample of students in every state, along with 26 of the nation’s largest school districts. Scores had been stalling even before the pandemic, but the new results show decreases on a scale not seen before.

In both math and reading, students scored lower than those tested in 2019. But while reading scores dipped, math scores plummeted by the largest margins in the history of the NAEP test, which began in 1969.

Math scores were worst among eighth graders, with 38% earning scores deemed “below basic” — a cutoff that measures, for example, whether students can find the third angle of a triangle if they’re given the other two. That’s worse than 2019, when 31% of eighth graders scored below that level.

No part of the country was excluded. All regions saw their test scores decline, with every state experiencing a decrease in at least one subject.

” This is further evidence that the pandemic struck us very hard,” stated Eric Gordon, the chief executive of the Cleveland Metropolitan Schools District. To help students recover, the school system has beefed up summer school and added after-school tutoring.

The results show a reversal of progress on math scores, which had made big gains since the 1990s. Reading, by contrast, had changed little in recent decades, so even this year’s relatively small decreases put the averages back to where they were in 1992.

Most concerning, however, are the gaps between students.

Confirming what many had feared, racial inequities appear to have widened during the pandemic. Fourth grade saw a greater drop in black and Hispanic students than for white students. This was a widening of the gaps that has been evident for many decades.

Surveys taken as part this year’s testing show the gap. The survey revealed that students who did better in school switched to distance learning. They were more likely to have access to computers, quiet areas, and support from teachers.

The results make clear that schools must address the “long-standing and systemic shortcomings of our education system,” said Alberto Carvalho, superintendent of Los Angeles schools and a member of the National Assessment Governing Board, which sets the policies for the test.

“While the pandemic was a blow to schools and communities, we cannot use it as an excuse,” he said. “We have to stay committed to high standards and expectations and help every child succeed.”

Other recent studies have found that students who spent longer periods learning online suffered greater setbacks. The NAEP data does not show a clear correlation. Areas that returned to the classroom quickly still saw significant declines, and cities — which were more likely to stay remote longer — actually saw milder decreases than suburban districts, according to the results.

Los Angeles is one of few bright spots. The nation’s second-largest school district saw eighth-grade reading scores increase by 9 points, the only significant uptick in any district. For other districts, it was a feat just to hold even, as achieved by Dallas and Florida’s Hillsborough County.

While critics of exams such as NAEP caution against placing too much value on them, there is no doubt that they measure critical skills. Research has shown that students who struggle to learn reading skills are less likely to succeed in school and to end up in criminal justice. Eighth grade can be a crucial time for students to learn skills that will help them in science, math and technology.

These results have raised new questions for Carr about the future of students who seem to be behind others in acquiring these skills.

“We want to prepare our students worldwide for STEM careers in science, technology and engineering,” she stated. “This puts all of that at risk. We have to do a reset. This is a very serious issue, and it’s not going to go away on its own.”

The Associated Press education team receives support from the Carnegie Corporation of New York. The AP is solely responsible for all content.