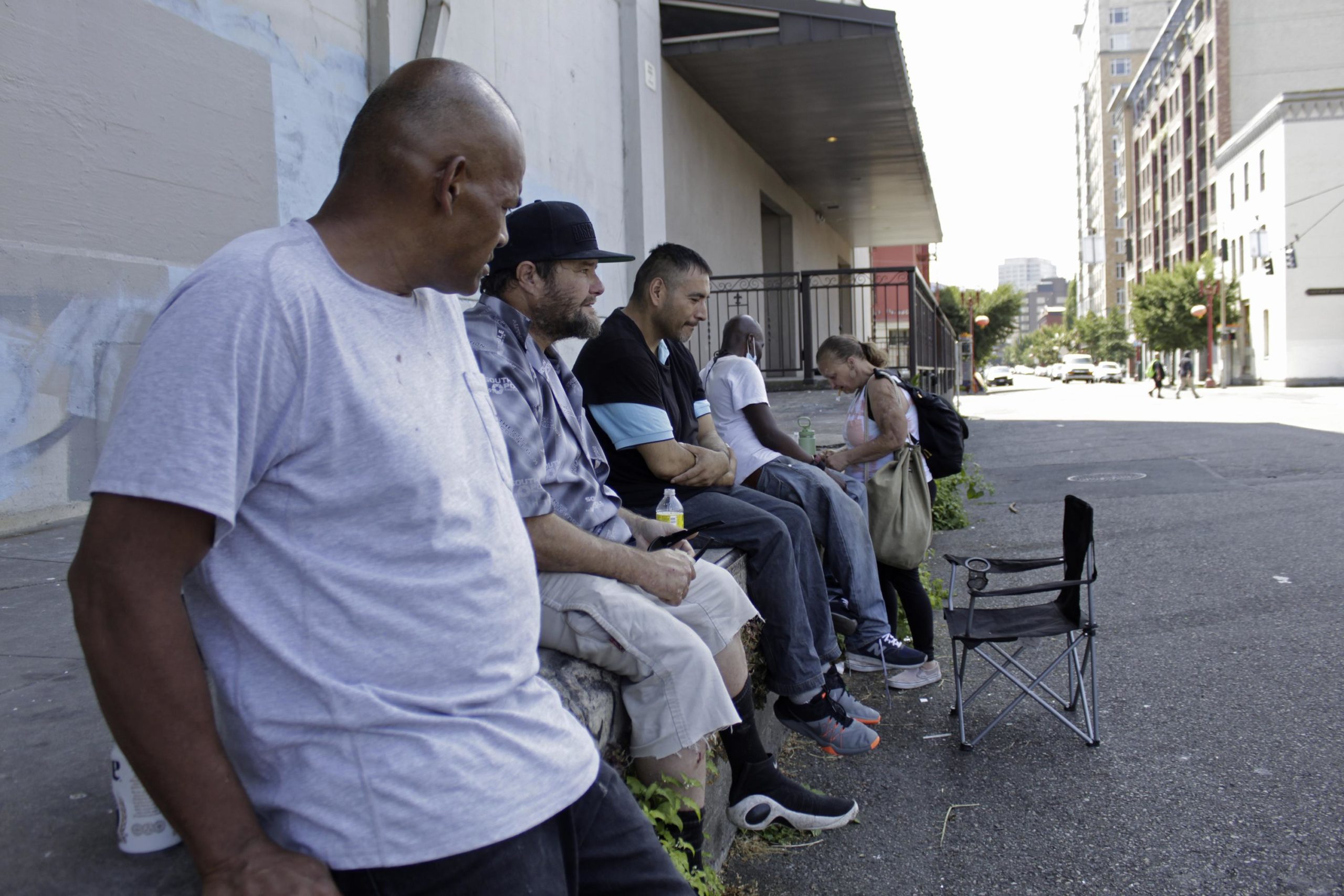 PORTLAND, Ore. — Heat wave duration records could be broken in the Pacific Northwest this week and authorities are expanding capacity at some cooling centers as temperatures near triple digits are forecast to extend into the weekend.

“For the next several days through Saturday we’re going to be within a few degrees of 100 every day,” said Colby Neuman, a meteorologist for the National Weather Service in Portland, Oregon.

Seattle on Tuesday also reported a new record daily high of 94 F (34. 4 C). The heat spell was forecast to last into Saturday in western Washington as well.

The National Weather Service has extended the excessive heat warnings from Thursday through Saturday evening.

The duration of the heat wave puts Portland “in the running” for tying its longest streak of six consecutive days of 95 F (35 C) or higher, Neuman said.

Climate changes are causing longer heat waves across the Pacific Northwest. This is a region that has experienced weeklong heat spells in recent history, climate experts say.

Heat-related 911 calls in Portland have tripled in recent days, from an estimated eight calls on Sunday to 28 calls on Tuesday, said Dan Douthit, a spokesperson for the city’s Bureau of Emergency Management. Douthit said that most calls required a medical intervention.

Emergency department visits “have remained elevated since Sunday,” the county said in a statement. “In the past three days, hospitals have treated 13 people for heat illness, when they would normally expect to see two or three.”

People working or exercising outside, along with older people, were among those taken to emergency departments, the statement added.

People in Portland’s iconic food cart industry are among those who work outside. Many food trucks have shut down as sidewalks sizzle.

Rico Loverde, the chef and owner of the food cart Monster Smash Burgers, said the temperature inside his cart is generally 20 degrees hotter than the outdoor temperature, making it 120 F (48. 9 C) inside his tiny business this week.

Loverde said he closes down if it reaches above 95 F (35 C) because his refrigerators overheat and shut down. Last week, even with slightly cooler temperatures in the mid-90s, Loverde got heat stroke from working in his cart for hours, he said.

“It hurts; it definitely hurts. I still pay my employees when we’re closed like this because they have to pay the bills too, but for a small business it’s not good,” he said Tuesday.

Multnomah County said its four emergency overnight cooling shelters were at half capacity on Tuesday with 130 people spending the night. But anticipating more demand, officials decided to expand capacity at the four sites to accommodate nearly 300 people.

William Nonluecha lives in Portland in a tent and sought shade from the heat with his friends. Nonluecha lived less than one minute from the cooling shelter, but he didn’t know it was there. The heat was unbearable in the tent, he said.

His friend Mel Taylor, who was homeless last year but now has transitional housing, said during a record-breaking heat wave last summer a man in a tent near his died from heat exhaustion and no one realized it. He’s afraid the same thing might happen this summer.

“He stayed in the tent for about a week, and because of his smell they were able to determine that he had died,” Taylor stated. “It’s sad.”

Residents and officials in the Northwest have been trying to adjust to the likely reality of longer, hotter heat waves following last summer’s deadly “heat dome” weather phenomenon that prompted record temperatures and deaths.

About 800 people died in Oregon, Washington and British Columbia during that heat wave, which hit in late June and early July. The temperature at the time soared to an all-time high of 116 F (46. 7 C) in Portland and smashed heat records in cities and towns across the region. Most of the people who died were elderly and had never been married.

Other regions of the U.S. often experience temperatures of 100 degrees. But in regions like the Pacific Northwest, people are not as acclimated to the heat and are more susceptible to it, said Craig Crandall, a professor of internal medicine at the University of Texas Southwestern Medical Center.

“There’s a much greater risk for individuals in areas such as the Northwest to have higher instances of heat-related injuries and death,” Crandall said.

Officials in Seattle and Portland on Tuesday issued air quality advisories expected to last through Saturday, warning that smog may reach levels that could be unhealthy for sensitive groups.

For the western Nevada and northern California, the National Weather Service has issued a heat advisory Wednesday morning. It will last from Thursday night to Saturday night. Across the region, near record daytime high temperatures will range from 99 to 104 degrees F (37. 22 to 40 C).

Claire Rush is a corps member for the Associated Press/Report for America Statehouse News Initiative. Report for America, a non-profit national service program, places journalists in local newsrooms where they can report on unreported issues. Follow her on Twitter.