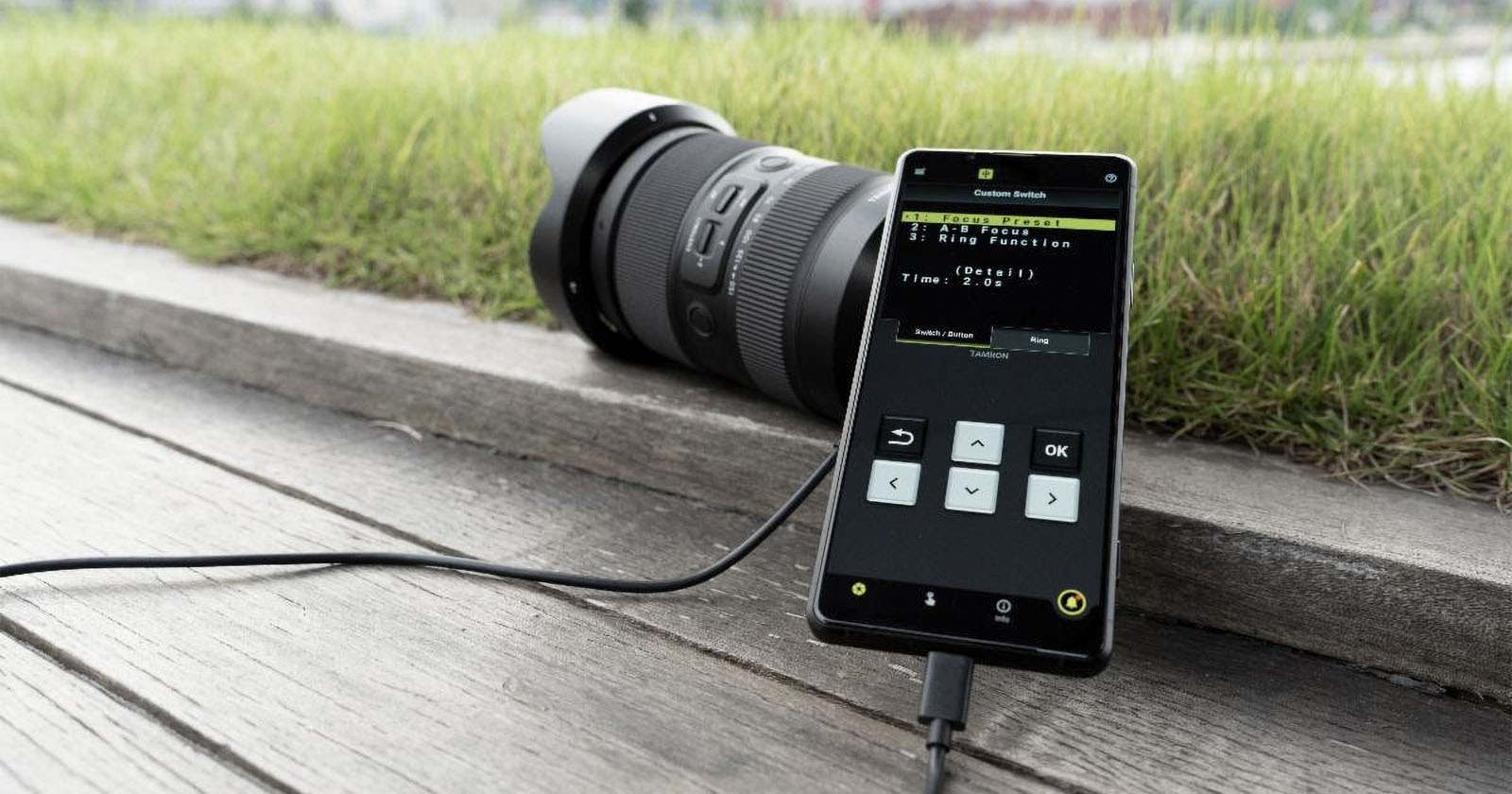 Tamron has announced that it is working on a mobile version of its Lens Utility desktop app. The Lens Utility Mobile is designed for Android and will allow you to customize various functions of some Tamron lenses.

Tamron has provided a free Lens Utility software for computers since 2021. It allows you to connect Tamron lenses to your computer via USB-C connector on selected lenses. You can also personalize settings to suit shooting style.

The software allows photographers to customize A-B focal points, allowing them to shift from subject to subject with ease. They can also move the focus point to a preset focal point by pressing a button. It also provides the ability to adjust the manual focusing between linear and non-linear, quickly switch between manual focus and autofocus with lenses that don’t have an MF/AF switch, and change the ring functions on the lens as well as assign other functions of the lens to buttons on the camera.

The Tamron Lens Utility software is free and the company says it is now developing a mobile version of the software to allow photographers to adjust these settings in the field using a mobile device.

Tamron says that since it released the software on PC, it has received feedback on how to improve the system from photographers and found that a common request was the ability to make these changes while they were away from their computers. As a result, the company is developing the Lens Utility Mobile for Android OS (compatible OS Android 6-124).

“Using the optional Tamron Connection Cable, an Android smart device can be connected to a lens to easily configure lens customizations without requiring a computer,” Tamron says.

Notably, the company makes no mention of availability on the iPhone or iPad. Many of the features in the app mimic the PC software, though there are some differences. The mobile app will not be able to support firmware updates.

Below is the full list of settings that will be available via the mobile app: