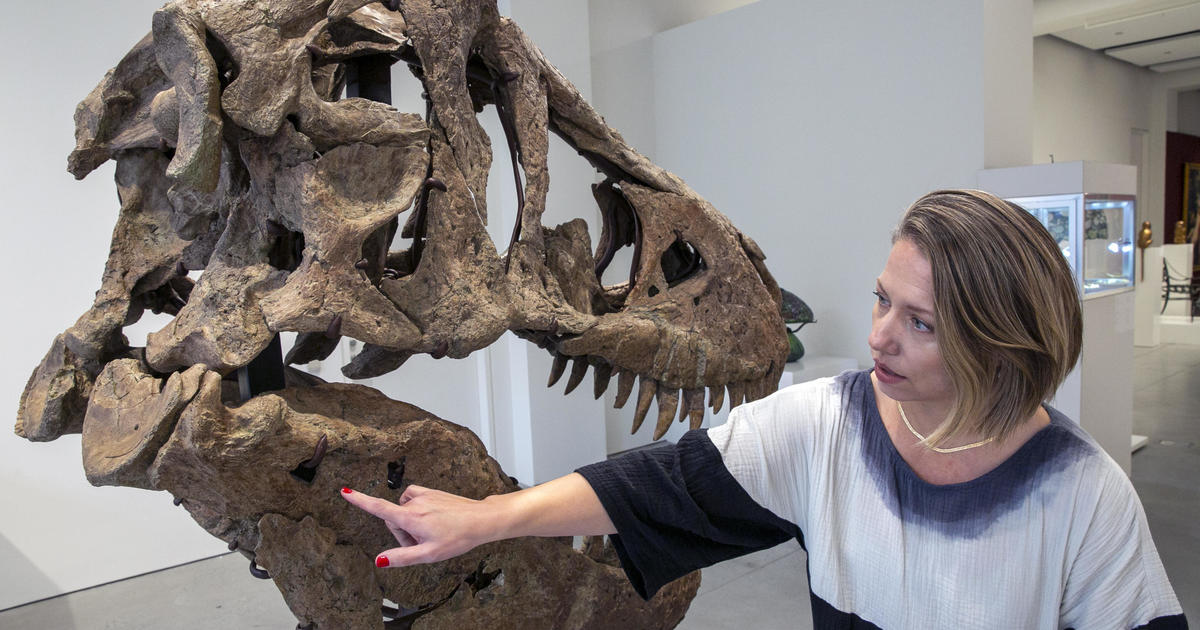 A Tyrannosaurus rex skull unearthed in South Dakota is expected to sell for $15 million or more at auction in New York next month, officials with Sotheby’s said Tuesday.

The 200-pound (91-kilogram) skull fossil, nicknamed Maximus, is being sold Dec. 9 by an owner who wishes to remain anonymous, the auction house said.

The skull was excavated in 2020 and 2021 in Harding County, South Dakota, where other T. rex skeletons like Sue and Stan were found, according to Cassandra Hatton, Sotheby’s head of science and popular culture. She called the area “the world capital for T. rexes.”

Most of the rest of this T. rex’s remains were destroyed over time by erosion, but Sotheby’s experts said the skull was a major find. Hatton noted, “When you think about it, more people can fit a skull in their home than people who could fit a full dinosaur.”

The 6 1/2-foot (2-meter) fossil is about 76 million years old and still has most of the external skull bones and numerous teeth, Sotheby’s experts said.

Hatton said two large puncture holes in the skull are evidence of a big fight, probably with another T. rex. She said, “While we don’t know if this was the cause of death for this animal,” but she did say that they can see evidence that there were major fights during this time.

Marks on the skull are interesting to study “because they give us an idea about what life was like during the Cretaceous period,” Hatton said.

This specimen might not end up at a research institute. Hatton stated that it was the “ultimate trophy”. “To place in one’s home.”

The post T rex skull unearthed in South Dakota to be auctioned in NY appeared first on CBS News.