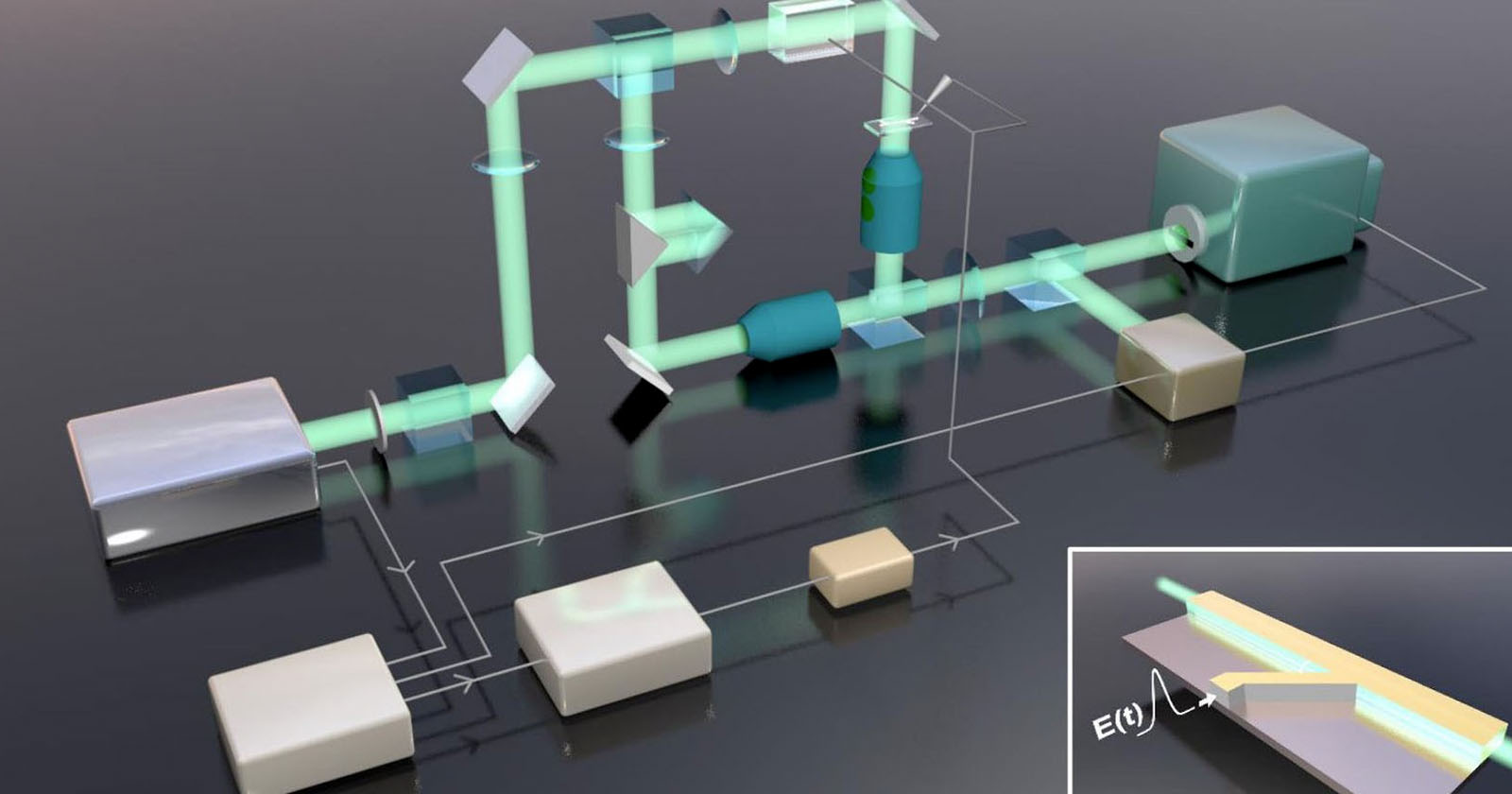 Scientists at the California Institute of Technology (Caltech) have developed a super-fast camera that is capable of recording footage of the electrical impulses that travel through nerve cells.

As explained by CalTech, while senses of touch seem to happen instantly from the moment a finger makes contact with a surface, it does actually take a bit of time for that impulse to reach the brain — not a lot of time, but some. That sense of touch is based on electrical signals that travel through nerves at a blistering 100 miles per hour, while some other nerve signals go even faster and approach 300 miles per hour.

This new camera can capture video footage at this speed, as well as other events that occur at extremely high speeds like electromagnetic pulses within electronics.

The camera technology is known as differentially enhanced compressed ultrafast photography, or Diff-CUP for short and was developed in part by Lihong Wang, a Professor of Medical Engineering and Electrical Engineering at Caltech. If that name is familiar, that’s because Wang also is responsible for the development of the world’s fastest camera in 2020. That camera, called the Compressed Ultrafast Spectral Photography camera (or CUSP), was capable of shooting at 70 trillion frames per second. It can capture laser pulses at light speed.

The Diff-CUP, which is similar to the above system but uses a Mach-Zehnder-interferometer device instead of it.

“The interferometer images objects and materials by first splitting a beam of laser light in two, passing only one of the split beams through an object, and then recombining the beams. Because light waves are affected by the objects they pass through, with different materials affecting them in varying ways, the beam passing through the material being imaged will have its waves set out of sync with the waves of the other beam,” Caltech explains.

“When the beams are recombined, the out-of-sync waves interfere with each other (hence “interferometer”) in patterns that reveal information about the object being imaged.”

It’s not possible to see this type of electricity with the naked eye, but the Mach-Zehnder interferometer is able to see them. That detection is combined with the Diff-CUP’s extreme speed to make capturing the impulses possible.

“Seeing nerve signals is fundamental to our scientific understanding but has not yet been achieved owing to the lack of speed and sensitivity provided by existing imaging methods,” Wang says.

Imagining signals propagating in peripheral nerves, is the first step. It’d be important to image live traffic in a central nervous system, which would shed light on how the brain works.”

Wang and his co-authors have published a paper on the system titled “Ultrafast and hypersensitive phase imaging of propagating internodal current flows in myelinated axons and electromagnetic pulses in dielectrics” in Nature Communications.