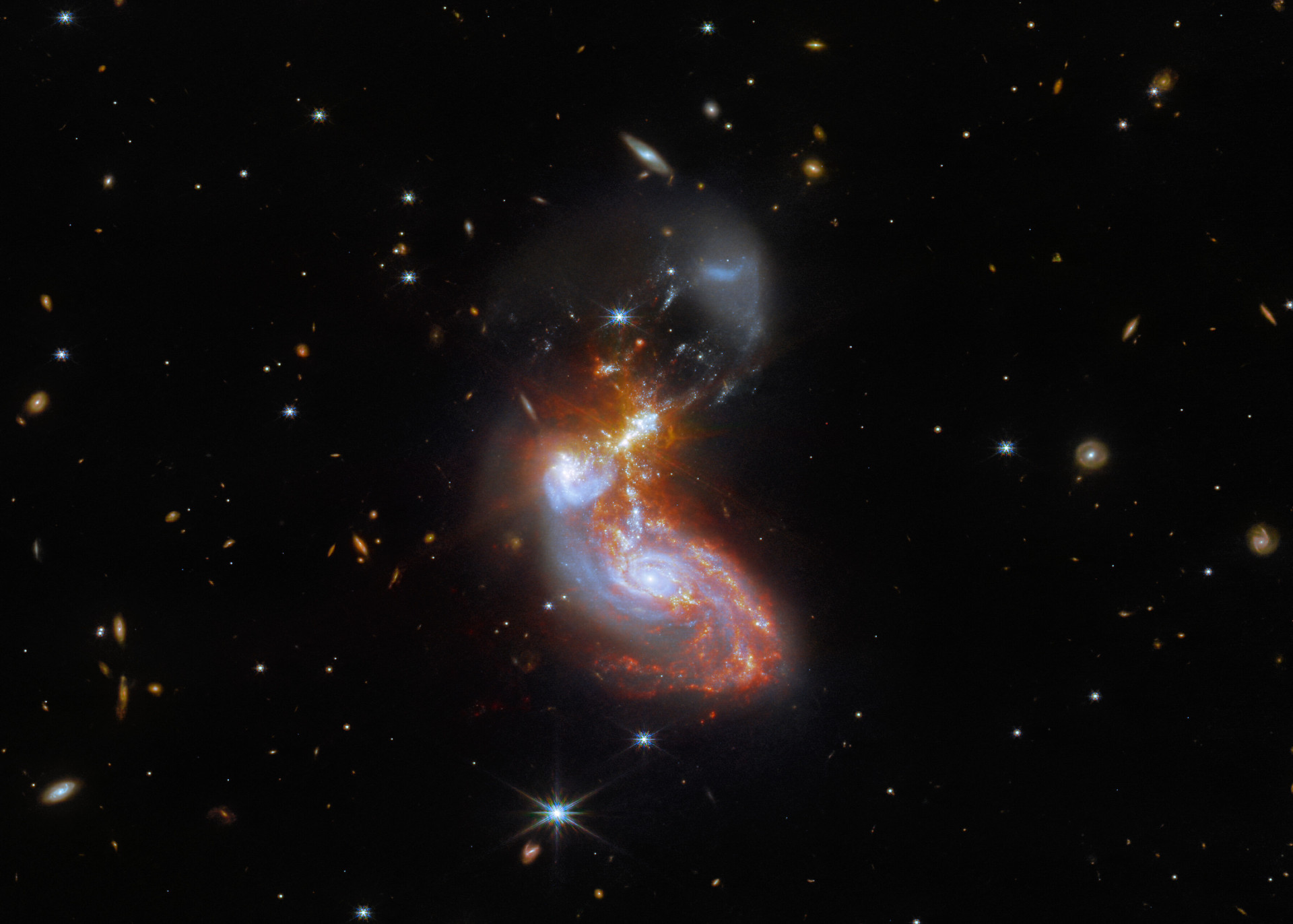 Galaxies are always evolving. Our Milky Way is constantly evolving. Astronomers have recently discovered the old heart of our galaxy . Sometimes, we’re even able to see that evolution happening in the moment, like in one of the most recent James Webb images of a galactic merger captured in November of 2022.

The image, which was first previewed by United States Vice President Kamala Harris and French President Emmanuel Macron back in November of last year, is stunning, to say the least. The image is of a merging galaxy pair known as II ZW 96. The galaxies are roughly 500 million light-years from Earth and lie in the constellation Delphinus, according to NASA.

What makes this merger so intriguing is the way the colors of the gasses and stars combine together. This isn’t the first time that Webb has captured images of a galactic merger in action, and I’m sure it won’t be the last, either. But it is an essential image because it does give astronomers even more information about how galaxy evolution occurs.

Of course, as we head into 2023, the James Webb space telescope has a lot of life ahead of it. The telescope delivered its first images in July 2022. Webb first images provided more information about the early Universe , and helped to show how effective the telescope is at capturing images from galactic mergers.

With this image of II ZW 96, the telescope continues to deliver on its promise to help astronomers learn more about the universe and how our galaxies work. A breakthrough has even made it possible for us to use Webb to see dark matter.