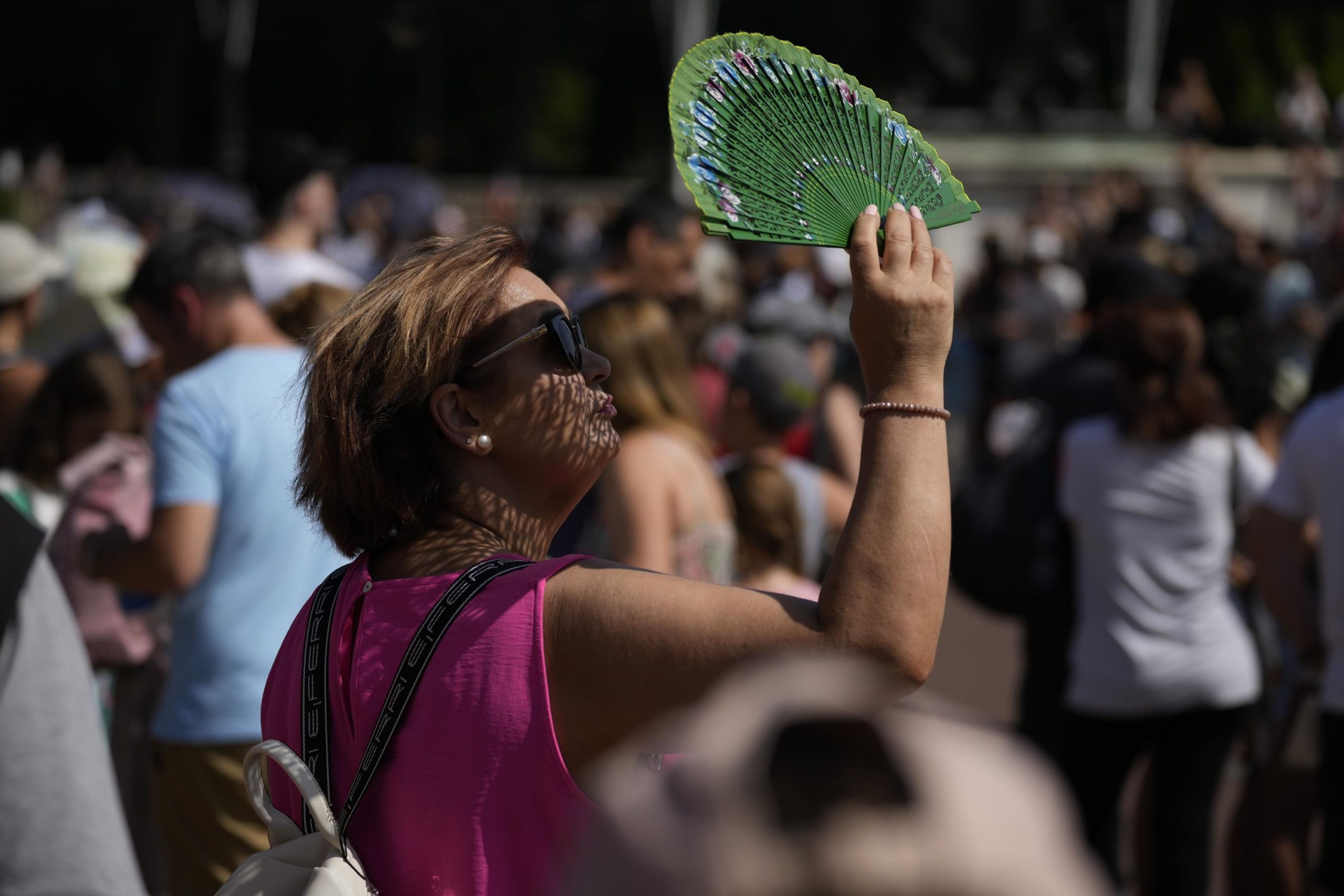 Human-caused climate change made last week’s deadly heat wave in England and Wales at least 10 times more likely and added a few degrees to how brutally hot it got, a study said.

A team of international scientists found that the heat wave that set a new national record high at 40. 3 degrees Celsius (104. 5 degrees Fahrenheit) was made stronger and more likely by the buildup of heat-trapping gases from the burning of coal, oil and natural gas. They said Thursday that temperatures were 2 to 4 degrees Celsius warmer (3. 6 to 7. 2 degrees Fahrenheit) in the heat wave than they would have been without climate change, depending on which method scientists used.

“We would not have seen temperatures above 40 degrees in the U.K. without climate change,” study senior author Friederike Otto, a climate scientist at Imperial College of London, said in an interview. “The fingerprint is super strong.”

World Weather Attribution, a collection of scientists across the globe who do real-time studies of extreme weather to see if climate change played a role in an extreme weather event and if so how much of one, looked at two-day average temperatures for July 18 and 19 in much of England and Wales and the highest temperature reached in that time.

The daily highest temperatures were the most unusual, a one-in-1,000-year event in the current warmer world, but “almost impossible in a world without climate change,” the study said. Last week’s heat smashed the old national record by 1. 6 degrees Celsius (2. 9 degrees Fahrenheit). The average over two hot days and nights is a once a century event now but is “nearly impossible” without climate change.

When the scientists used the long history of temperatures in England to determine the impact of global warming, they saw a stronger climate change influence than when they used simulations from climate models. Otto stated that climate models had long underestimated the severity of extreme weather events in Western Europe’s summer. This is for some reason scientists don’t know.

With climate models, the scientists simulate a world without the 1. 2 degrees Celsius (2. 2 degrees Fahrenheit) of warming since pre-industrial times and see how likely this heat would have been in that cooler world without fossil fuel-charged warming. They use observations to look back at the past and determine how likely they are for such a heatwave.

“The methodology seems sound, but candidly, I didn’t need a study to tell me this was climate change,” said University of Georgia meteorology professor Marshall Shepherd, who wasn’t on this study team but was on a U.S. National Academy of Sciences panel that said these types of studies are scientifically valid. “This new era of heat is particularly dangerous because most homes are not equipped for it there.”

The World Weather Attribution study refers to another analysis that estimates a heat wave like this would kill at least 800 people in England and Wales, where there is less air conditioning than in warmer climates.

Otto was forced to stay and work in the basement due to the heat. He said that as the world heats up, record-breaking heat waves will continue to occur faster and more often.

In addition to spurring people to cut greenhouse gas emissions, study co-author Gabe Vecchi, said, “this heat wave and heat waves like it should be a reminder that we have to adapt to a warmer world. We are not living in our parents’ world anymore.”