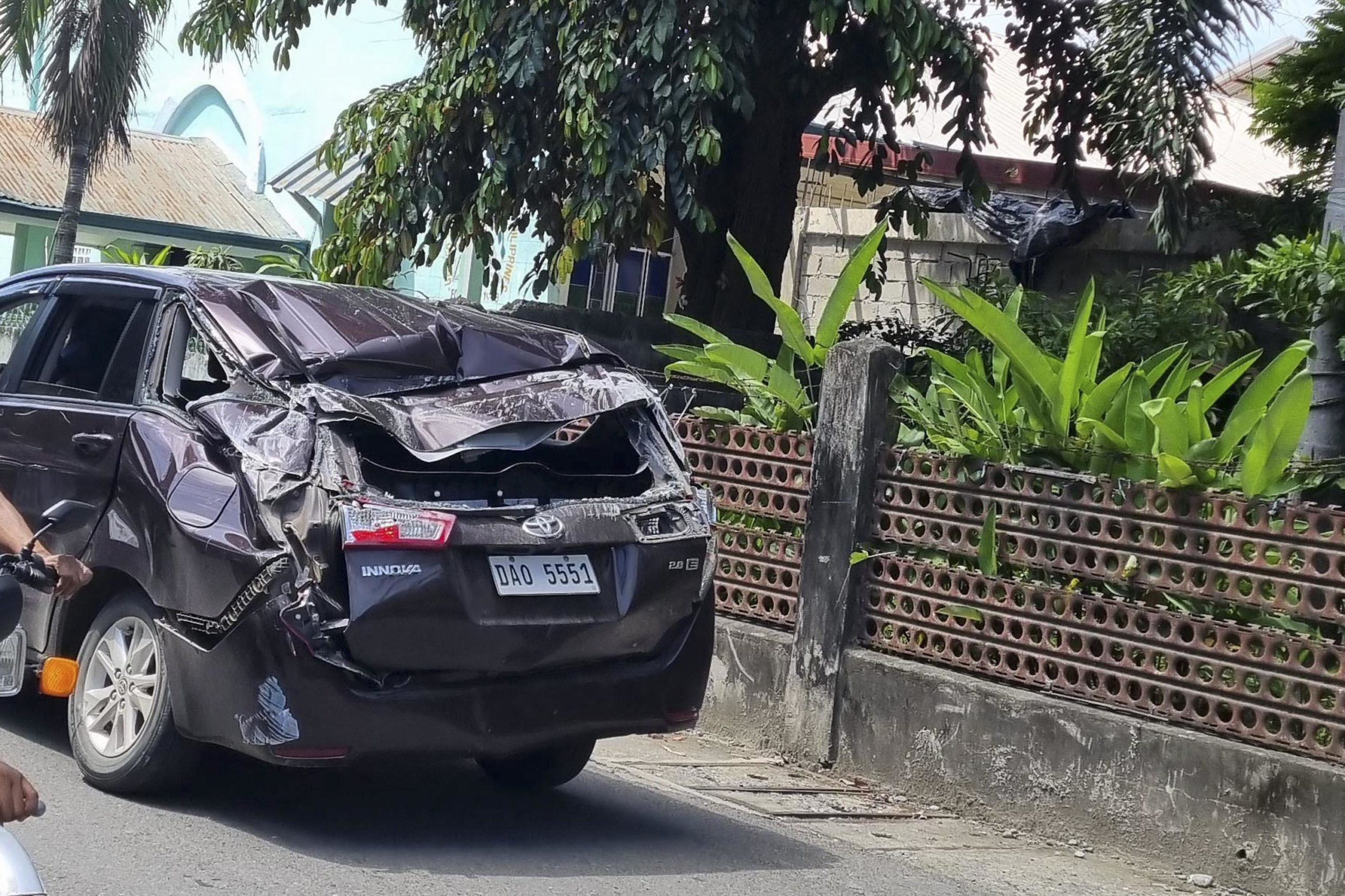 MANILA, Philippines — A strong earthquake shook the northern Philippines on Wednesday, injuring at least one person, damaging buildings and prompting many people in the capital to run outdoors.

The 7 magnitude quake was centered around Abra province in a mountainous area, said Renato Solidum, the head of the Philippine Institute of Volcanology and Seismology.

” The ground shaken like it was on a swing, and then the lights went out. “We ran out of the office and heard screaming and some of our companions were crying,” Michael Brillantes said, who was a safety officer in the Abra town Lagangilang near the epicenter.

” It was the strongest quake that I have ever felt, and I believed the ground would rise,” Brillantes said to The Associated Press via cellphone.

At least one elderly villager suffered a cut in her foot and was treated in a clinic, Brillantes said, adding many houses and building had cracked walls, including some which collapsed.

Authorities were checking if damage or landslides had occurred in mountainside villages in the northern fringes of Abra, a landlocked agricultural province.

The quake’s strength was lowered from the initial 7. 3 magnitude after further analysis. The quake was set off by movement in a local fault at a depth of 25 kilometers (15 miles), the institute said, adding it expected damage and more aftershocks.

The U.S. Geological Survey measured the quake’s strength at 7.0 and depth at 10 kilometers (6 miles). Shallower quakes tend to cause more damage.

The Philippines is located along the Pacific Ring of Fire, an area of faults that runs around the Pacific Ocean. This is where the majority of earthquakes in the world occur. It is also lashed by about 20 typhoons and tropical storms each year, making it one of the world’s most disaster-prone countries.