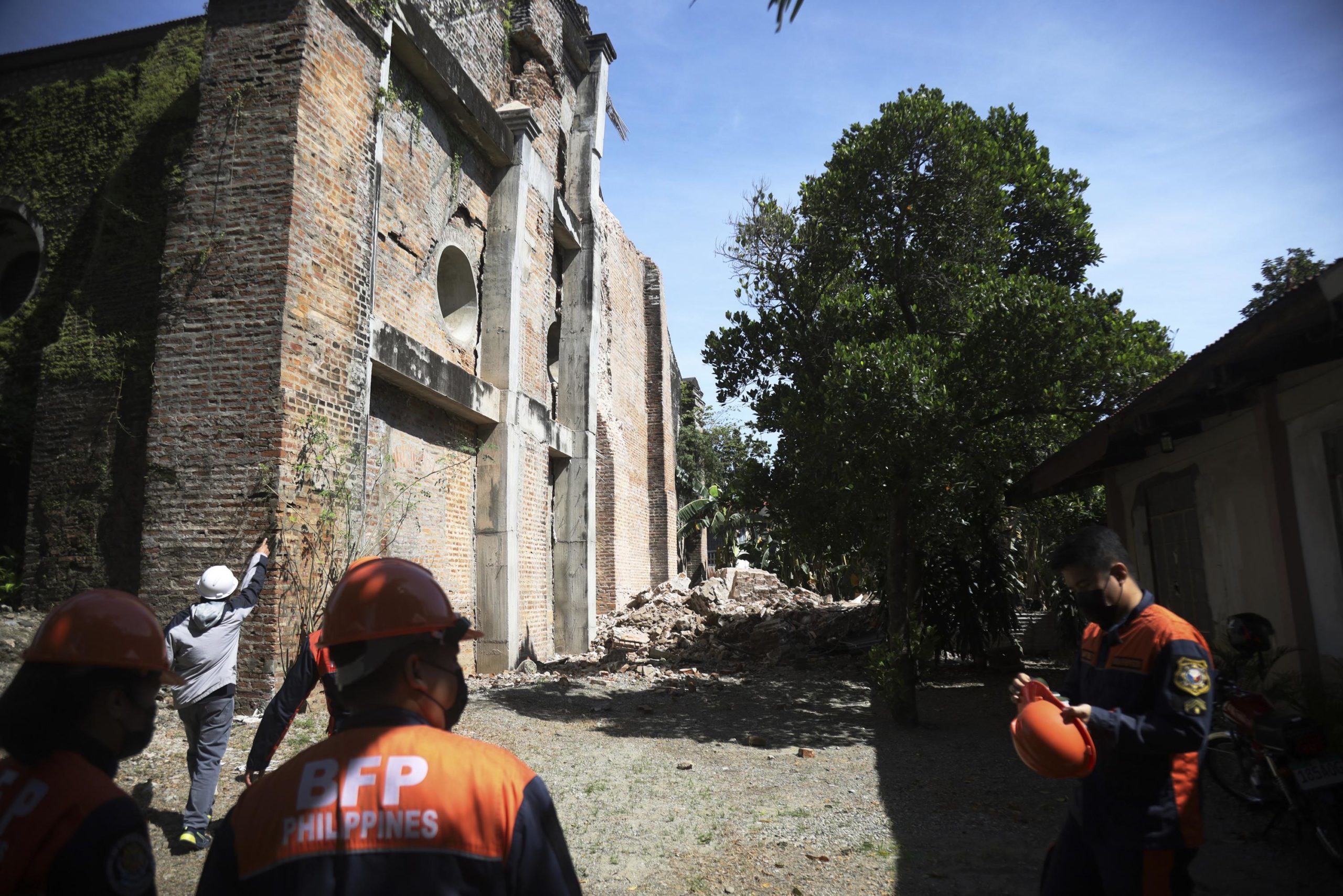 MANILA, Philippines — A strong earthquake rocked a large swathe of the northern Philippines, injuring at least 26 people and forcing the closure of an international airport and the evacuation of patients in a hospital, officials said Wednesday.

The Philippine Institute of Volcanology and Seismology said Tuesday night’s magnitude 6. 4 quake, which was set off by movement in a local fault, was centered 9 kilometers (5 miles) northwest of Lagayan town in Abra province at a depth of 11 kilometers (7 miles). The U.S. Tsunami warning system did not issue any advisory or warning.

The quake was felt across a wide area of the main northern Luzon region, including in some parts of metropolitan Manila, more than 400 kilometers (248 miles) south of Abra.

At least 26 people were injured in Ilocos Norte, the home province of President Ferdinand Marcos Jr., where the international airport in the capital city of Laoag was ordered to close temporarily Wednesday due to damage from the quake, police and civil aviation officials said.

Patients were evacuated from the largest hospital in Batac, also in Ilocos Norte. The ceiling of the ICU fell when the building moved. Medical consultation services were temporarily suspended as engineers assessed damage to the building, officials said.

Marcos Jr, who was in Manila, said authorities were inspecting roads and buildings, and welfare officials were providing help to affected residents in northern provinces. “Everyone is advised to keep out of tall structures,” the president said in a tweet.

A century-old Christian Church was destroyed in the village of La Paz, Abra. Officials said that parts of the belfry collapsed and walls were cracked. The debris littered the grassy area of the church.

At least two towns in Cagayan province temporarily lost electricity due to damaged power lines. Numerous bridges and roads were destroyed in the outlying provinces.

In July, a magnitude 7 earthquake set off landslides and damaged buildings in Abra and other northern provinces, killing at least five people and injuring dozens.

In 1990, a magnitude 7. 7 quake killed nearly 2,000 people in the northern Philippines and wrought extensive damage, including in the capital city of Manila.

The Philippine archipelago is located on the “Pacific Ring of Fire,” an area along the Pacific Ocean’s rim, where volcanic eruptions and earthquakes are common. This region makes the nation of Southeast Asia one of the most dangerous.