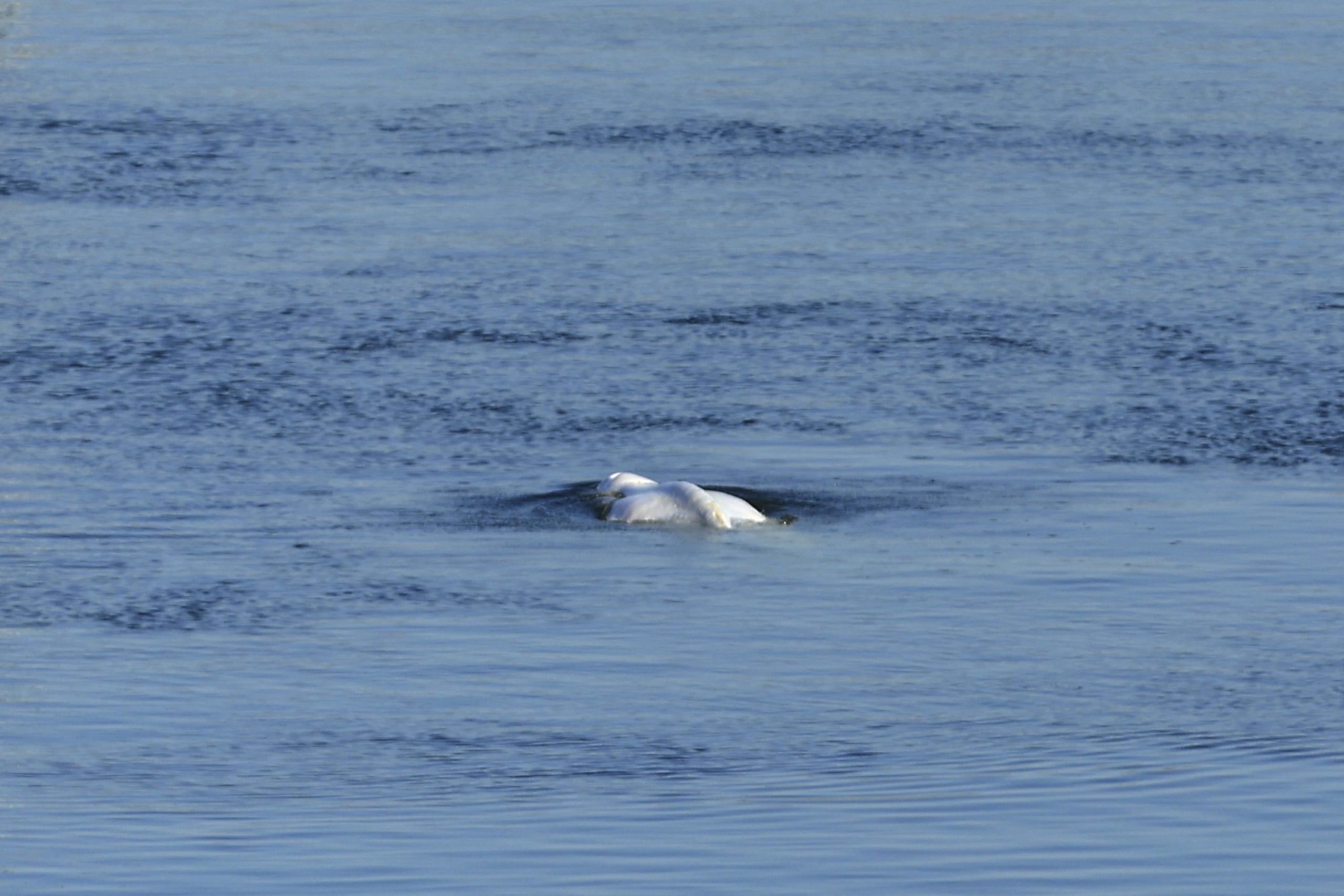 PARIS — A beluga whale stranded for several days in the Seine River was successfully removed from the French waterway Wednesday in preparation for a transfer to a saltwater basin in Normandy in hopes of saving its life. The dangerously thin marine mammal is not able to digest water for unknown reasons. Conservation group Sea Shepherd France posted that the beluga had been removed from water and that veterinary examinations were performed after it was taken out.

The group said the beluga was a male with no infectious diseases and that veterinarians would try to re-stimulate the marine mammal’s digestion. Conservationists have tried unsuccessfully since Friday to feed fish to the beluga.

Photos taken by Sea Shepherd France depict the white mammal laying on a net used to free it from a river lock.

A veterinary team was planning to transport the 4-meter-long (13-foot-long) whale to a coastal spot in the northeastern French port town of Ouistreham for “a period of care,” according to Lamya Essemlali, president of Sea Shepherd France.

The delicate transport was to be made via a refrigerated truck for the approximately 160-kilometer (99-mile) trip.

Authorities were planning to keep the whale in its temporary saltwater home for two to three days of surveillance and treatment before being towed out to sea.

The lost beluga was first seen in France’s river, far from its Arctic habitat, last week. It weighs about 800 kilograms (1,764 pounds).

Authorities said that while the move carries its own mortality risk because of the stress on the animal, the whale couldn’t survive much longer in the Seine’s freshwater habitat. They remain optimistic that it will survive, after the animal had received a combination of vitamins and antibiotics in recent days. It also rubbed its skin on the wall at the lock to get rid of any marks it may have developed.

The post Stranded Whale Out of French River, To Be Moved to Saltwater was first published on Associated Press .